Pastoral Predators and Their Pawns

Abuse of power describes the way a therapist or religious leader wields authority to manipulate and control those under their care or supervision. In particular: what happens when a vulnerable woman is drawn into a relationship with her pastor or therapist?

An affair happens when two adults freely choose to pursue an emotional and/or sexual relationship outside of their marriages. The key word here is freely. To make a choice freely, there can be no extraneous conditions putting pressure on either person.

Let us suppose a young woman has sought counsel from a male therapist or religious leader. At first glance, we might assume that with two adults, any decision to pursue a more personal and intimate relationship within the counseling/mentoring relationship is a mutual affair.

But wait: Is one of the people in the relationship in a position of power over the other? If so, the desire to comply and please the person in power would subject the woman to duress, psychological pressure that negates her ability to act freely. A power imbalance can be a situation of duress, a term which refers to using psychological pressure to force someone to behave in a way that is contrary to their wishes.

We are taught since childhood to be obedient to authority figures. Yale University psychologist Stanley Milgram calls this “authority bias”: our tendency to follow people in perceived positions of authority. He says:

The extreme willingness of adults to go to almost any lengths on the command of an authority constitutes the chief finding of the study and the fact most urgently demanding explanation.

We know that a therapist wields a great deal of power over a client, and a pastor over a congregant—and this by definition negates a freely chosen affair.

Numerous studies suggest that sexual victimization in childhood or adolescence increases the likelihood of sexual victimization in adulthood 2 to 14 times. In a study by Pope & Veter of 1,000 patients who had been sexually involved with their therapist, 32% of those patients had been molested as children. If one in four women are abused, it is safe to say that a large percentage of women seeking counseling have abuse in their backgrounds.

Childhood sexual abuse teaches its victims that they don’t have the right to say “no.” These women cannot freely say “yes” because “no” is off the table for them already.

Another important factor is an age gap between the two parties. Male therapists and/or pastors naturally take on a paternal role, and an older therapist or pastor sometimes causes a younger woman to crave not the man, but his nurturing paternal role. If a client has suffered abuse by her father, that void could create a strong pull toward a male pastor or therapist, resulting in intense and confusing emotions.

It is vital that the professional maintain safe and appropriate boundaries. Emotional confusion in counseling is commonly referred to as transference. Transference occurs when a person receiving treatment applies feelings toward—or expectations of—another person onto the therapist and then begins to interact with the therapist as if the therapist were the other individual. Often, the patterns seen in transference will be representative of a relationship from childhood.

In such situations, a woman can become attached to her therapist very quickly. The relationship can feel overwhelmingly intense for the client without her even knowing why.

Therapists understand this and anticipate it. They are trained to handle it. Predators, however, use transference to their advantage.

A woman may be especially vulnerable if she believes her pastor or counselor is acting on God’s behalf; in that setting she would be more likely to trust his judgment even when his actions seem questionable.

I was a brand-new Christian when I began therapy, and my abuser was a church elder and Bible scholar. I believed he was a blessing from God. He told me the Holy Spirit was his boss, and we opened every session in prayer. So when he seemed to cross boundaries of intimacy down the road, I worried that criticizing him would be criticizing God.

By definition, a young woman seeking counseling from a pastor or a mental health professional is already in an emotionally volatile and fragile state. After all, the relationship originated with her reaching out for help.

This is one of the main reasons safe boundaries are a necessity in a counseling setting. Vulnerability is required for successful therapy, and one cannot be vulnerable and on guard at the same time. The client needs to be able to “fall apart,” and still be able to trust that the professional will maintain a safe space as she unpacks her emotional pain.

Once a client becomes attached to the professional, she will be inclined to stay regardless of the red flags she might notice. To find much-needed support and then risk losing it would be a powerful motivator to want to please the one in power. If the woman says no to a relationship with the man in power, is she at risk of losing him as her therapist or pastor? In the therapy setting, would saying no result in anger or removal of the therapist’s love and affection?

If there is a risk involved in saying “no,” “yes” does not apply. (This could even be true in an employer/employee setting, where saying “no” could result in some form of backlash at work.)

Most of us don’t regard ourselves as actors, but in fact, we all play certain roles with the various people in our lives. We play one role with a spouse and another with children. The behavior we expect from our dentist is far from what we expect from our close friends. We would not act at work the same way we do in the comfort of our own homes.

These various roles come with implied rules and expectations. For example, when we seek professional help, we assume that the pastor or therapist will play the role of professional counselor/mentor for us. With that role come two assumptions. First, that the role will be played with integrity and morality. And second, that he will maintain that role for the entirety of the relationship.

When we engage in a relationship with another person, regardless of the role each person is playing, there exists an unspoken agreement between us that we understand the rules and will abide by them. When the counselor steps outside of the parameters of his role, he breaks the rules. He might attempt to morph his role into a different one, such as a friend or romantic partner, or play both roles simultaneously.

This switch can feel exhilarating to the client at first. She may assume this means she is special, deserving of this unique treatment. But in time, these conflicting roles prove confusing and hurtful. The client can no longer unload on the therapist without concern for his feelings or state of mind. Essentially, the client has lost the therapist or pastor she turned to for help. The professional has refused to hold up his end of the bargain, and the mentoring relationship collapses.

Another way to recognize a dual relationship is this: Can you separate the person from the position? Of course in a relationship of equal power, you can. However, once someone acts as your therapist, your pastor or your physician—once they have played one of these powerful roles—you will continue to view them through that lens.

It doesn’t matter if the therapist changes jobs to be with an ex-patient. I had a therapist pursue me as a friend after we completed therapy, and I ended up hurt. It just doesn’t work.

Is there guilt involved in the woman’s decision to stay or leave? In a regular balanced relationship, there is supposed to be a give and take. But if the therapist buys the client a gift or gives her longer sessions than other clients, it will trigger a sense of indebtedness in the client, and that sense of being indebted will play a role when the woman is asked to do something she has reservations about later on.

The same thing goes for pity. If your pastor breaches professional boundaries and begins sharing hurts from his childhood or his broken marriage with the woman he is supposed to be counseling, she will feel an extreme amount of empathy or pity—more so than she would in a healthy relationship between equals.

Why? Because the pastor is supposed to be the strong one holding it together for the parishioner, the rock allowing the client to fall apart without concern for the therapist. The woman will feel this as psychological pressure.

Good pastors and therapists know this: they are trained to maintain boundaries, and they know they are harming the patient when they breach those boundaries. Predators, however, break those boundaries for their own gratification.

In summary, a mutual relationship between two well-adjusted healthy adults with no imbalance of power between them would be honest and transparent. The woman sees the man for who he is and willingly chooses him. And vice versa. (Keep in mind that extramarital affairs are by definition dishonest if they mean cheating on spouses.)

Predators, on the other hand, use trickery and deceit. They create the illusion of filling the victim’s needs by first seeking out her voids and then magically filling them. In this way, they foster a dependency just like a victim being given a taste of a drug. Some bait their victims with romantic gestures. Some lure their victims using the father-daughter dynamic. Others use God, and tell their victims he and she have something special—their relationship is a gift from God, blessed, pure. Once the woman is duly addicted to whatever drug of choice the perpetrator is offering, he can begin to up the ante.

The woman may think she is giving an honest “yes,” but she is not saying “yes” to the relationship. She is saying yes to the deep-seated need that is being met, which is the “drug” the abuser is offering. She is likely unaware this is even happening. She simply feels better, like maybe the counseling is working or the relationship is benefitting her.

Regardless of how this type of predator seduces his victims and regardless of how the women see their role, they never got to freely choose the relationship. They were tricked into it. And that is far from a free choice.

Let me add this: please hesitate to make a judgment on a woman in this position. If the factors above are involved—even one of them—it was not an affair.

Call it for what it is: an abuse of power. 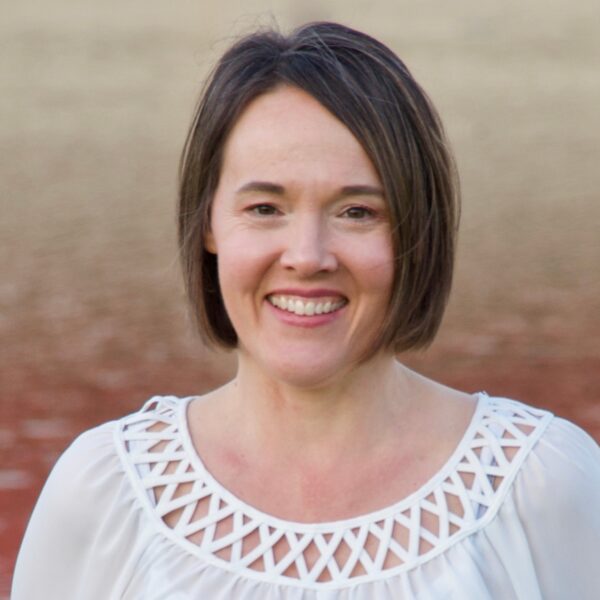 Amy Nordhues is a survivor of both childhood sexual abuse and sexual abuse as an adult at the hands of a mental health professional. She is a passionate Christ-follower and expert on the healing God provides. She has a BA in psychology with minors in sociology and criminology. She blogs at www.amynordhues.com. A married mother of three, she enjoys spending time with family, writing, reading, photography, and all things comedy.

To join this discussion, click/tap here.