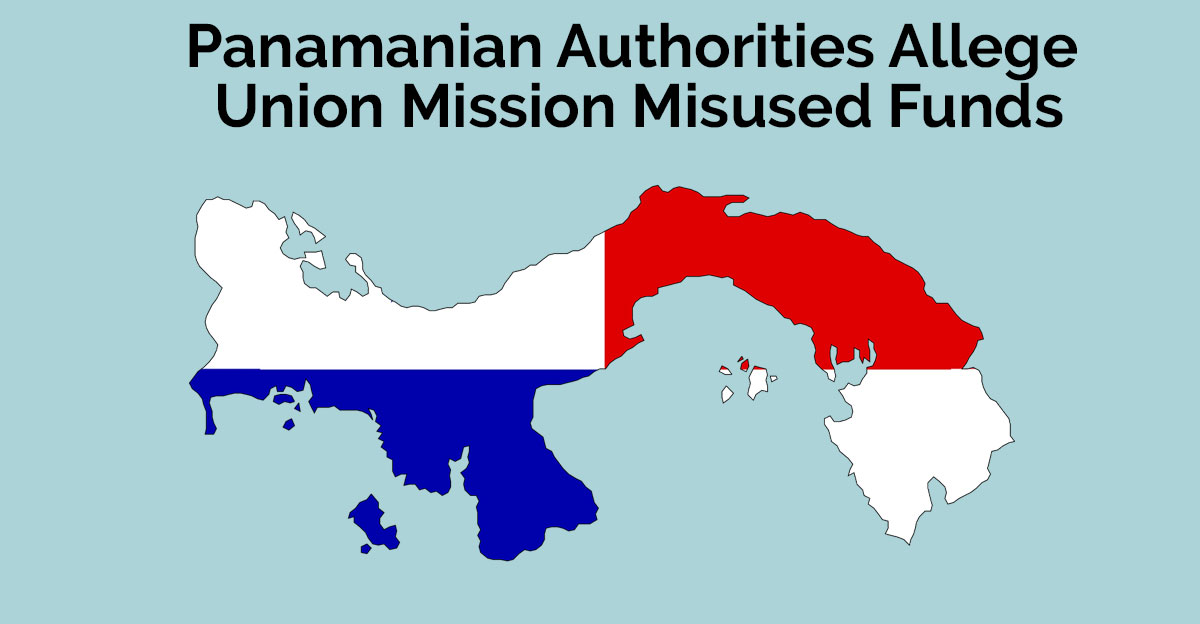 The news media in Panama is reporting a complaint filed on 22 November 2019 by three Adventist church members before the Superintendency of Banks of the Republic of Panama. The complainants request a financial investigation of the denomination’s Panama Union Mission to determine whether their use of funds constitutes crimes under the laws of Panama. The complaint asks church leaders to resign over claims that they unlawfully lend money like a bank.

At issue is the union mission’s making loans to local congregations, schools, publishing agencies, and employees through a revolving fund, from which they collect interest. The complainants allege that the union mission is collecting money from the public—that is, from third parties—and then loaning it back at interest. (The money in the revolving fund is either donated by or invested by church members. I discuss below the question of whether this qualifies as “third party.”) This is prohibited in Article 248 of the penal code of the Republic of Panama.[1] Because the denomination is not authorized to do banking,[2] it is thus violating the legal norm by misusing the authorization issued by the Panamanian government to operate as a non-profit organization.

The complaint extends to all organizational levels of the Adventist denomination in Panama and abroad, and lists a large number of potential witnesses, among whom are pastors, administrators and church members. The complainants provide 439 pages of evidence: financial records, meeting minutes, checks, bank accounts and more. Almost 30 witnesses are cited in the 21-page complaint presented to the Superintendency of Banks.

The whistleblowers are active members of the Adventist Church. They frame their actions in terms of freedom of conscience—doing what they believe is fair and correct—and the exercise of their civil rights.

The complaint also alleges that the denomination’s Inter-American Division and General Conference are aware of collection of interest on loans by the church.

Juan Antonio Tello, the lawyer representing the Panamanian Union Mission, denied these accusations, arguing that this was slander and extortion[4] on the part of the complainants, and that there is no evidence of money from third parties. “First, as we have stated, the Church does not lend—it is not a bank,” he said, but he also asks, “where it says, or on what legal basis, they claim that lending is a crime?” He also noted that this is just good self-management for a non-profit, which could not reach their goals without internal sources of funding.[5]

Representatives of the Union Mission say that they will cooperate with the Superintendency of Banks: “We are going to open our books. We are going to open our financial statements and bank accounts so that the activity can be seen, what comes in and what goes out, to show that we are being honest with our members. We are not going to bias any information because we are the most interested in clarifying this.”[6]

The self-management and self-financing of church assets at different levels of the denomination are set by the General Conference Working Policy, which applies to the Inter-American Division, its union conferences and missions, and local conferences and missions. The General Conference recognizes this system of loans and interest charges as a revolving fund. Under the terms of a revolving fund, the maximum interest rate charged must not exceed the maximum interest paid to investors in the revolving fund in that territory.[7]

The Working Policy also says that in certain circumstances the denominational unit is authorized to lend money from its funds:

Although it is not recommended as a routine procedure, in extreme circumstances, the organization or institution may, from its own funds, make loans or advances of certain amounts, fully insured by fiduciary assets, which may be necessary to establish the trust or cover an emergency situation with respect to assets in trust. However, the organization or institution as trustee of an irrevocable trust may secure a loan from a third party lender, for purposes of said trust, based on the value of the trust.[8]

It also specifies that

Any amount transferred in cash or held in such trust shall not be given on loan to any church organization, except for the union revolving fund.[9]

Points 4 and 5 detail that the revolving fund’s fiduciary agreements must be in harmony with the civil laws of the country, and be of benefit to the church:

4. Legal advice. When unions or corporations, or association institutions enter into fiduciary agreements, such agreements must be drafted under competent local council, or ensure that they are in harmony with the regulations of the state in which they are executed.

The contention of the complainants appears to be that this self-lending is out of compliance with the banking laws of Panama.

As the denomination’s structure is commonly understood, there is justification for this form of self-financing. The General Conference as the legal body has the right to self-determination and self-management of its assets, through executive boards operating under the Working Policy. In Latin America the denomination is usually portrayed as being a top-down organization, delegating some autonomy to the lower ecclesiastical levels. And, indeed, frequently the denominational units in Latin America are union missions rather than union conferences, which gives the division greater authority to manage their affairs.[10]

However, even though the denomination is thought of as fully connected, each organizational level from the local church to the General Conference has its own funds and budgets. Although all accounts are governed by the policies of the higher entity, the lower levels have autonomy to raise funds and cover their internal expenses.

To the extent that the denomination is interconnected through all its levels, it can argue that it has the right to prevent Adventist institutions from becoming indebted to banks or other lenders, which may pose a risk to church properties—that is, to avoid, in the event of a payment default, denominational properties being seized.

So when a local institution or church has a project that exceeds its financial capacity (remodeling, expansion, construction, loss due to disasters or theft), the executive board of the higher organization authorizes money (according to its available funds) to deal with and finance that expense because in the end it is “our” property. It finances itself.

With the denomination understood in this way, the question is whether it is appropriate to define this self-managed funding as “public money” or money from “third parties.” Considering church members as “third parties” is surprising, and reflects some confusion about the interconnectedness of the various denominational levels.

Our reporter did not receive an answer when they asked the Panamanian authorities why it considered lower units of the denomination, who generate these funds, as third parties. According to the Legal Encyclopedia, “third parties” describes “any person outside of something, be it an obligation, a convention, or a legal relationship.”[11] Local churches and schools (land, physical structures, furniture, etc.) are owned by the Panama Union Mission, and the General Conference Association of Seventh-day Adventists sets policies and has legal oversight over them. It is hard to see how the term “third parties” would apply here.

What is certain is that this situation has created a polarization within the Adventist community in Panama, and at the moment the investigation by the legal authorities is still ongoing, waiting for the Superintendence of Banks of Panama to rule on the evidence presented, and determine if there is a crime.