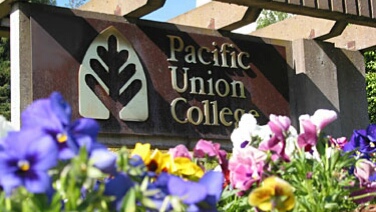 December 8, 2016:    Pacific Union College President Heather Knight announced on Dec. 6 that she was resigning from her position effective January 8, 2017. She served as president for seven and a half years.

In a statement included in an announcement of the resignation on PUC’s website, Knight addressed her decision:

“It is always difficult to decide the right time to complete one’s presidency, but after considerable thought and prayer, I have notified PUC Board Chairperson Dr. Bradford Newton that I will complete my presidency within the next month in order to allow PUC adequate time to prepare for new presidential leadership for the next academic year. It has been a special privilege and pleasure to serve Pacific Union College, and I am extremely grateful for the opportunity to have worked with PUC’s wonderful learning community of faculty, staff and students and to positively impact this venerable institution over the past several years. My family and I wish PUC only the very best going forward.”

Knight presided over the college’s highest enrollment in 24 years with 1,678 students in Fall 2013, and also its highest freshman-to-sophomore year retention rate of 85%, also in 2013. Enrollment has since dropped.

“President Knight led Pacific Union College enthusiastically and courageously during some challenging years, and PUC is stronger and better positioned for the future because of her leadership,” said PUC Board Chairperson Dr. Bradford Newton. “Among her many achievements, her work in strategic planning and implementation, along with her distinctive focus on the Adventist Advantage has proved to be a special blessing to the campus. Also, under her tenure, PUC received the single largest cash gift in its 134-year history in the amount of $2.6 million, which helped to significantly launch the current Heritage Campaign. Plans for preserving almost 900 acres of the college’s pristine forest lands through a Conservation Easement have also been developed during President Knight’s administration.”

Knight was the first black female to serve as the president of an Adventist college or university in North America. When she became the institution’s 21st president in 2009, she was successful in reversing financial problems and decreasing enrollment.

During her time at PUC she made several campus improvements, including the renovation of the Dining Commons and Campus Center, the Nelson Memorial Library, the Enrollment Office, and the lobbies of Winning, Grainger and Newton Halls.

Recent developments at PUC have put significant pressure on Knight, however. Over the last two years the majority of the school’s Psychology Department faculty resigned, claiming that PUC was restricting academic freedom. Falling enrollment and heavy serious financial pressure served as additional obstacles for Knight.