Our Strange Motives for Evangelism

Once, in Sabbath School, a sister in my church shared her opinion that the reason why God had created humankind to populate the earth was that since one-third of the angels had fallen and had been expelled from heaven, God created humans to replace the followers that he had lost. He just wanted to keep the same number of fans! Because nearly every Sabbath School quarterly has a reference to the doctrine of creation and the great controversy with Satan, I heard this from her often. I don’t know where she got this explanation for the creation of humankind—maybe there is something about this somewhere in our books of which I’m unaware—but it is a very strange idea: that God doesn’t love people, He doesn’t have a need for a relationship with us, He just wanted to fill the places left empty by the fallen angels.

I don’t believe that is God’s motivation for creating us. But sometimes I detect something similar in Adventist churches when we talk about growing the number of people on our membership rolls.

Evangelization has always been a difficult virtue for Christians to practice, and believers’ interest in it seems to be waning. But we still preach evangelistic crusades. We distribute, and sometimes sell, books. We raise money to send missionaries overseas, and build churches and schools in mission fields. We invite friends and coworkers to worship with us in our congregation in the hope that being with us will have an influence on them, and they will join our church.

All of this is admirable, and worthy of praise. But sometimes the motives behind it are strange. Even Paul, in his time, mentioned that his fellow evangelists didn’t always proclaim Christ with pure motives, though he still thanked God for their efforts (Philippians 1:17-18).

Let me suggest three less-than-noble reasons why we want more people to join our church, reasons that remind me a bit of this sister’s theory about God’s refilling the empty chairs left by the fallen angels.

This first is the most difficult to define, perhaps because it is a hard thing even to admit to ourselves.

Inside each of us there is an uncertainty, a sense of insecurity, a lack of self-confidence. However, the more supporters you have, the better you feel. This is why Peter, when he had 11 friends with him, became a warrior with only one knife against a whole squad of soldiers. But when he knew he was alone, one little servant girl could bring him down and make him deny his belief in Jesus.

Think about a Sabbath in a church when there are many empty seats, how you feel a little disappointed even if you’re not immediately sure why. Contrast that with another Sabbath worship service when there is standing room only and you feel as though you are in seventh heaven! Although the preacher, sermon, special music, hymns, and everything else may be similar, your mood shifts depending on whether you have supporters or not, whether you are surrounded by people who are like you.

Adventists in the former Soviet Union nostalgically recall the “good old 90s” right after the fall of the Iron Curtain, when city halls were packed for Adventist evangelistic programs. There was great joy in seeing all of these new people. Even if most of them slipped away later, the crowded halls proved our rightness, that our beliefs were true.

Our enjoyment of statistics—bragging about how many millions of members, churches, schools, and health networks we have—produces the same effect. We enjoy seeing the number of people who are choosing the same beliefs and lifestyle as we have. Jesus scolded the Pharisee that their missionary efforts were about making copies of themselves (Matthew 23:15). We, too, like to make copies of ourselves—surround ourselves with people like us—because it makes us feel more secure in our beliefs when we are in a crowd of people who believe as we do.

Sometimes Christians seek new converts because there are too few parishioners to solve current problems. We have to pay for a building, or rent a hall. We need a certain number of members to have our own pastor. We have many young women who need Adventist husbands, or young men who need Adventist wives, and since the church doesn’t bless marriage with “outsiders,” we wish new young adults would join our congregation. We may say, “Ah, if only we had more intellectuals, or businessmen, or musicians, or youth, or children.” More members would help us solve our problems as a church.

Something similar is seen in conferences and unions and divisions that exaggerate their statistics in order to look more successful and receive more money and services from the denomination. The church on every level likes big numbers, and that’s not necessarily because they love new members for themselves.

Should new people join us, they may see through our motivations, and realize their worth is in what they bring to us: tithes and offerings, future spouses, and more bodies in the pew so the church will survive. They may be valued more for their ability to keep us afloat, than for themselves as children of God.

There is another reason to seek new people to attend our churches, and this motivation we not only recognize in ourselves, but talk about with some pride. We love to brag about how many Adventists are in the world, in how many countries we work. We publicize that we are “one of the fastest-growing churches” compared to other communities of faith. We like comparing ourselves with other churches when we are ahead of them. But how will we feel about ourselves when we come in last? Another quote you will find if you google us: “Seventh-day Adventists grow as other churches decline.” Lovely—but what will be in our minds should others grow and we decline?

It is like a sport, a game, a competition, though nobody remembers the starting gun. Every church is participating in it: bragging about the number of Baptists, Jehovah’s Witnesses, or Pentecostals in the city. The winner is the one with the biggest membership, the most pastors. Good members and pastors go to seminars to learn how to break the 100 (or 200, 500, 1000) barrier. It begins to feel like people are needed just for numbers.

Of course, we will never reach the 1.3 billion membership of Roman Catholics—they fight in another weight category altogether—but we will gladly point out the bad reasons why they are so far ahead. This sport is cruel, and it changes the way we think about other Christians. It makes them enemies rather than fellow followers of Jesus.

When the disciples of John the Baptist complained to him that people were going over to the competition—Jesus—he told them that it made him happy, even though his ministry was declining (John 3:26-30). “He must become greater; I must become less,” he said. Another group of church leaders, the Pharisees, didn’t receive such good advice, and when they saw that “the whole world has gone after” Jesus instead of following them (John 12:19), an innocent man was executed in the ensuing fight.

Sincere Love? Or Other Motivations?

People are not stupid. They understand good sincere relationships, when we love them for themselves rather than for some other impure motive. People know whether we are happy to have them as friends and fellow followers of Jesus, or if we are just using them for our own purposes. Even if they don’t understand it at first, one day their eyes will be opened.

We must ask God to give us real love for people. Not love for ourselves, or for our organization, or for our denominational statistics. We must truly love and appreciate the people God places in our church and our lives, and love them for themselves, like Jesus did. 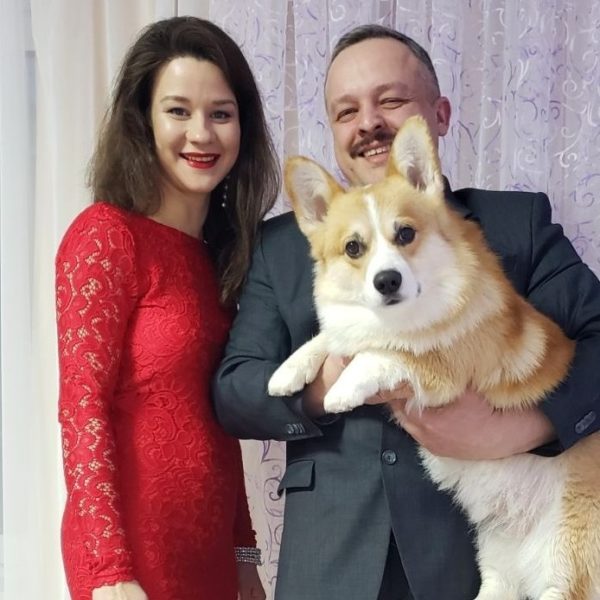