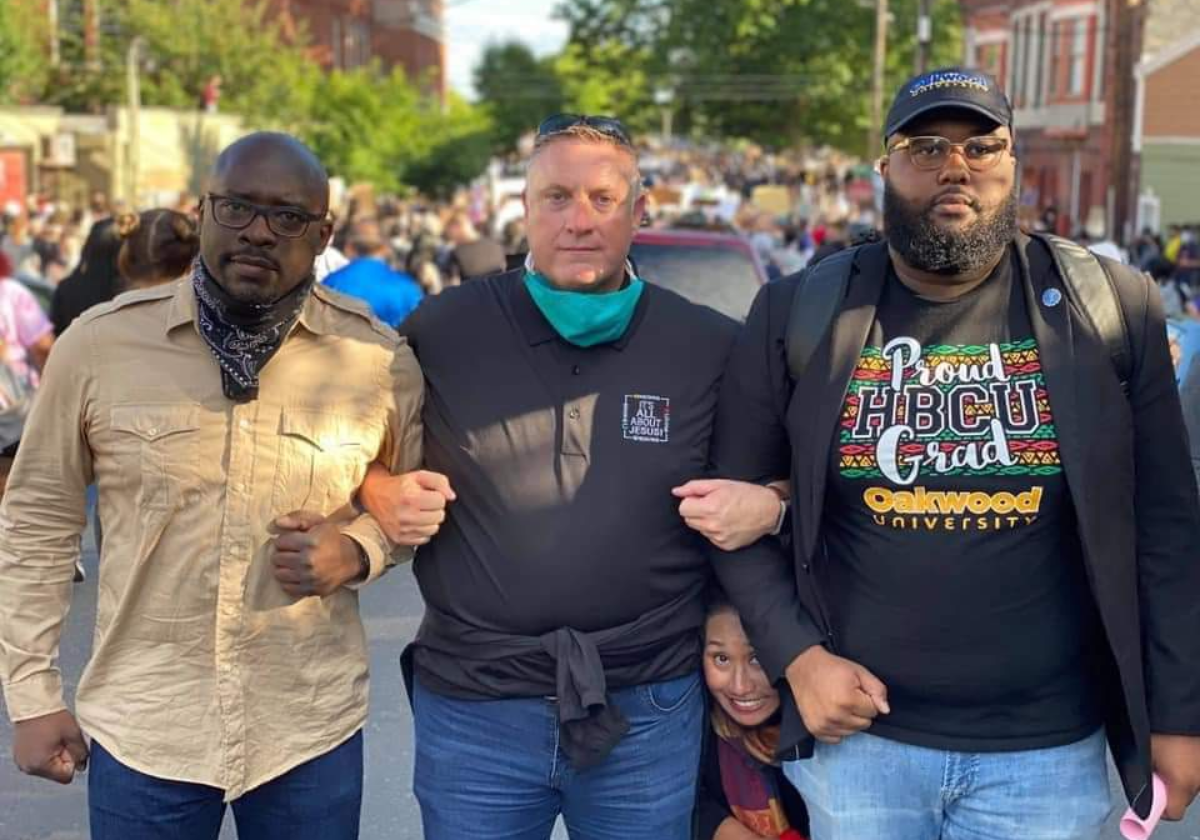 4 June 2020 | On Wednesday this week, a number of Oregon Conference pastors, including conference president Dan Linrud, came to downtown Portland to pray with protestors who were condemning racial injustice in America.

“We understand that the grand narrative of our Scriptures reveals a great controversy between good and evil in our world, which is apparent in the devaluation and harming of others and beckons us back to divine love and goodness. We denounce the evil of racism in all forms, and we denounce the injustice of systemic racism and classism. We support those who peacefully protest injustice and demonstrate non-violent actions to advance equality.”

“It was a far more emotionally and spiritually impacting experience for me than I had anticipated,” said Linrud in a Facebook post describing his participation in the protest.

He reflected on the event saying:

“Before the march began, when our Adventist group of pastors and leaders spoke and prayed with the crowd, there were many random onlookers who expressed afterward how much they appreciated what we were saying and doing because they ‘didn’t think a church or denomination in Portland would care about something so significant.’ Ouch.”

Linrud said he and the other protesters knelt for 8 minutes 46 seconds twice during the event. This was the amount of time former officer Chauvin knelt on George Floyd’s neck.

“It hurt to kneel on pavement that long. It hurt my heart even more as I did it to think about what it must have been like for George Floyd with the full pressure bearing on his neck and grinding his face into the pavement, cutting off his breath, losing hope and crying out for his deceased momma as he lost consciousness and then died. Heartbreaking.”

In other parts of the Facebook post about the march, Linrud spoke about “how painfully and frustratingly difficult it must be to be a Black person in America, where all of your history has been one struggle after another—400 years of it—just wanting to be valued and treated equally.”