Opinion Poll of Adventists about Ordination of Women 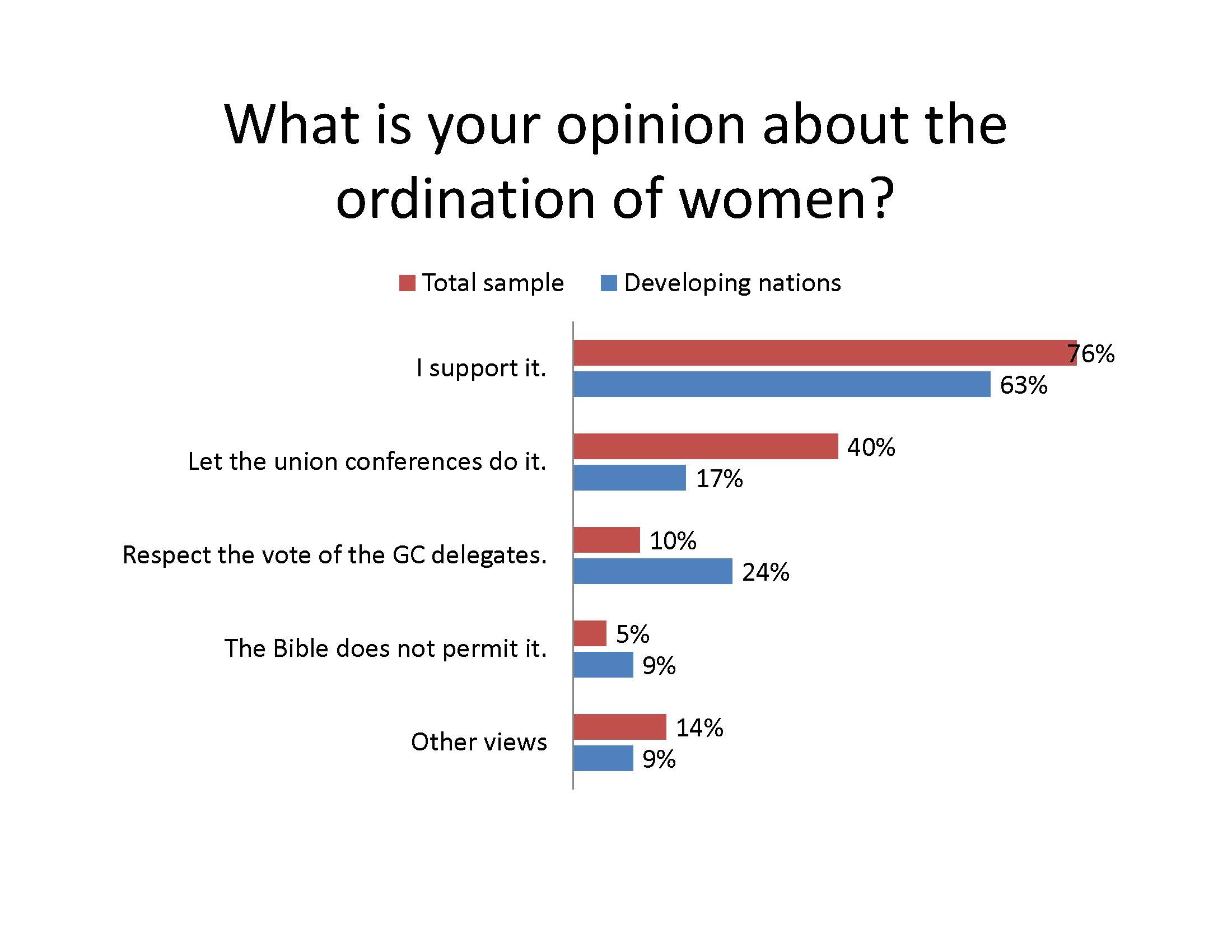 October 6, 2017:      A strong majority of Adventists support the ordination of women to the gospel ministry, including those in developing nations in Africa, Asia and Latin America. That is the perhaps surprising result of a survey conducted during the summer for Adventist Today.

Respondents were asked, “What is your opinion about the ordination of women?” They were given five options among which they could select more than one.

Three out of four of the total sample indicated, “I support it.” Nearly two thirds of those living in Africa, Asia, the Caribbean and Latin America indicated the same.

A total of 40 percent agreed that “It is the role of the union conferences to approve the ordination of pastors without regard to gender and they should do so under the authority they already have.” But among those living in Africa, Asia and Latin America, less than half this number agree; just 17 percent.

One in four of the respondents who live in Africa, Asia and Latin America agreed that “All union conferences should respect the fact that most of the delegates at the last General Conference Session voted against it.” From the whole world, only ten percent agreed.

The two paragraphs above represent the central conflict in the current discussions at the denomination’s Annual Council. The majority of respondents skipped both of these options, which may indicate that both concepts are not satisfying to most Adventists regardless of their opinion on the core issue of ordination for women.

Only five percent of respondents indicated that they believe “the Bible does not permit” the ordination of women. Almost twice as many expressed this view among those living in Africa, Asia and Latin America, but that is still only nine percent, definitely not a majority.

A total of 14 percent of the respondents selected the “other” option and wrote an opinion of their own construction. Nine percent of those living in Africa, Asia and Latin America did so. Most of these respondents also selected one or more of the other four items.

The survey had a total of 1,046 respondents and used standard survey research methods. At the 95th percentile of reliability, the standard allowance for sampling error is four percentage points, plus or minus.