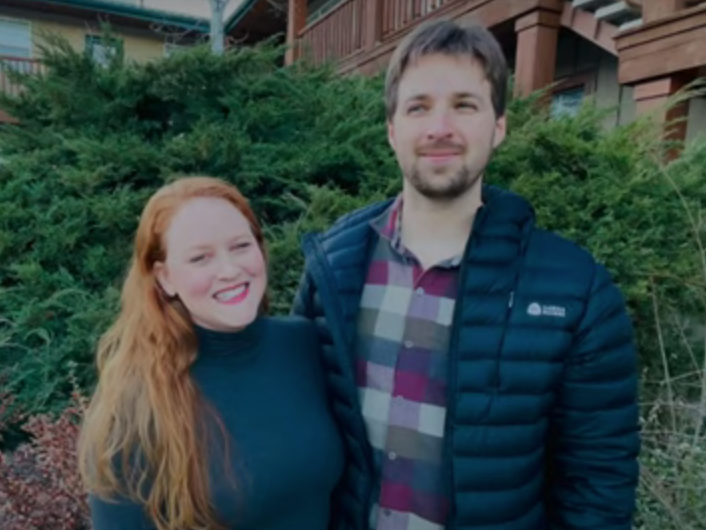 21 January 2022 | Love is in the air — or maybe “Assessed Internet Rapport,” for those participating in online Adventist speed dating.

How it works: During the two-hour event, participants interact with each other for 60 seconds at a time. At the end of five “dates,” participants are prompted to select the three individuals they liked the best. If the person the participant selected also picks them, then a link is created that allows the two to message each other.

Jeffrey Emile, a spokesperson for Lynk, said that although they have not received a “Lynk Marriage” testimonial yet, they have received messages from users saying they met their current partner through the app.

“We were excited to learn that some have been in a relationship for 6+ months as a result of coming to one of our events,” said Emile in an email interview. “It’s always great to hear the success stories of how the platform is helping Adventists find real, authentic and meaningful connections.”

Lynk held their first online Adventist speed dating event in June 2021, and also held events in November and December of that year. On average, the events draw around 500 people, said Emile. More than 770 matches were made during the December event, according to its website.

Although Lynk is not Adventist-owned or affiliated, Emile said a handful of Lynk’s employees are Adventist, and that the company believed Adventists were a good fit for online speed dating because “as members of the church we knew there were no centralized locations for Adventist singles to make meaningful connections.”

Online Adventist dating sites have been around for a while now, such as Adventist Singles (now known as Christian Mingle), and Adventist Match, but these rely on users browsing through profiles and sending messages to each other.

Emile said the best part about online speed dating is “the ability it provides participants to hear, see and interact with potential matches instantly.”

Others also apparently believe in the value of online speed dating for Adventists. The Love Potluck is another entity that hosts online Adventist speed dating events; their next one is on Feb. 13, 2022, from 7-9 p.m. EST. Cost to participate is $14 (USD).

“Virtual speed dating sessions can bring people together whose paths wouldn’t cross otherwise,” reads the Love Potluck’s website. “This can be particularly helpful for Seventh-day Adventists, who want to find someone within their same faith community.”

The Love Potluck’s event format differs in that it allows participants to interact for seven minutes at a time. Also, participants can prolong their conversations by pressing the “Extend” button.

While Lynk accepts people who are 50 years old and older, the Love Potluck only accepts those who are 21-45 years old.

However, the Love Potluck can boast about having one marriage under its belt. Kensley and Matt (last name withheld) met on the Love Potluck in July 2020, and nine months later decided to get married.

“Don’t be afraid to try something new,” said Kensley in a Love Potluck intervew on YouTube. “There is really nothing to lose.”