On the Vote to Ordain Women in the Rocky Mountain Conference 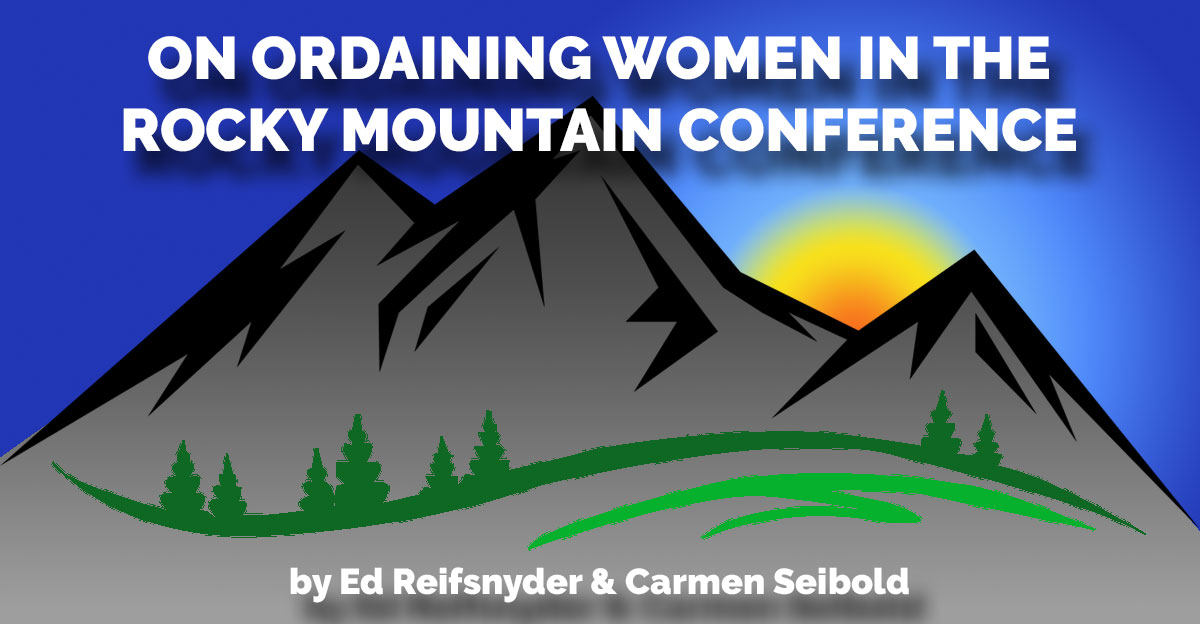 The Rocky Mountain Conference (RMC) is diverse. Geographically, it includes Wyoming, Colorado, and northwest New Mexico. There are large swaths of alpine landscape along with vast areas of high plains and agricultural lands, as well as semi-deserts.

The region takes in ranchers and researchers. High tech and agriculture. The glitz of Aspen as well as smelly feedlots fattening up thousands of cattle. Politically, Wyoming is the reddest state. Colorado is reliably blue, though politics in the eastern plains of Colorado are hugely different than, say, Boulder.

The Rocky Mountain Conference (RMC) of Seventh-day Adventists echoes the diversity of its territory. There are fundamentalist churches and progressive churches. There are self-appointed guardians of a rigid, literalist view of scriptures. Some churches have women pastors. Other churches will not even allow local women elders.

This diversity was reflected in the 59% to 41% vote of the August 21, 2022, constituency meeting to approve the ordination of women.

By contrast, in the three union conferences (Columbia, Pacific, Mid America) in the North American Division (NAD) that have voted to ordain women, the positive vote exceeded 80%. So the attitudes in the Rocky Mountain Conference appear to be more evenly divided than in the larger territory of those three unions.

But should it be done?

You won’t be surprised that as this decision is discussed, the big questions in RMC are the same as they have been whenever the topic has come up: but what about unity? What about all of us moving together in lockstep with the world church? What about policies and official decisions that the General Conference approves?

We believe that governance structures aren’t sacred; they’re tools for mission. When we conflate mission and governance, we mistake signs that change is needed as evidence to hold on even harder to outdated or inadequate governance.

Governance should change when the way things have been done no longer facilitates a group’s functioning. In North America, it’s been evident for quite a while that this matter is a discouragement for younger members.

The ability to change is a strength, like when the denomination pivoted in 1901 to a new structural model leading to the 1903 creation of union conferences to localize decision making.

Sometimes the problem isn’t the governance model at all, but decisions that make a governance model more or less workable. Our church did a good thing when it decided that the ordination of local elders to include women didn’t need to be uniform. We’ve lived with that non-uniformity, without breaking unity, for over four decades. This accords well with the way differences were settled in Acts 15, in the decision about Gentile believers in Jesus.

We may forget how long we’ve waited to see biblical equality and justice on this issue among Adventists, starting back in the 1850s, even before we organized officially in 1863.

There have been steps forward and backwards.

Anyone who’s followed General Conference actions in recent years has seen that there’s no will for resolving unbiblical discriminatory practices at that level. (These practices are significantly non-compliant with Fundamental Belief #14.) The GC could have been using its leadership capital in facilitating a path forward supporting unity in diversity. We already have diversity in practices as precedent to build on, even with regard to women.

So it’s no wonder that various entities have moved forward within their own spheres of authority and missional needs. This analysis from Dr. Gary Patterson is helpful in clarifying the misunderstanding that such unions and conferences are defying General Conference decisions and authority.

What does the RMC vote mean?

For one thing, it tells us that leadership counts. Last year, Elder Mic Thurber began a term as President of the Rocky Mountain Conference. He came in with an open agenda to put the ordination of women to a vote. He was transparent about his support of ordination because of his positive experiences with women pastors in the churches he pastored, and because of his beliefs. He did not straddle the fence or play coy or attempt to be neutral. He appeared willing to be a one-term president if that was the cost of his advocacy.

But it also means that going forward, conference leadership will have to be nimble in relating to churches and pastors. The nature of the RMC vote means one side of the debate will not completely dominate. Although in most United States presidential races a 59% majority would be considered a landslide, in church governance 41% is a large minority. This calls for wisdom by those governing what is essentially a conference divided.

The Rocky Mountain Conference is a microcosm of the wider Seventh-day Adventist Church—these RMC vote percentages are just the reverse of the GC Session vote in 2015 about whether each division could determine its own policy on the ordination of women. Any lessons we may draw from Rocky Mountain may apply to the world church.

The challenge in both Rocky Mountain Conference and the world church is to develop a peaceful coexistence, recognizing that people are in different places on a subject where any uniformity would be a forced uniformity. Forced uniformity on an issue where there are strong and substantial opinions about spiritual mission is not tolerable, especially on a non-doctrinal issue. The world church should just accept that policy and uniformity will not prevail, and find a path to coexistence.

Sadly, a posture of peaceful coexistence with different views isn’t one our current GC leadership accepts readily. It would be much better for them, and us, to be tolerant of our differences, and extend Christian love, acceptance, and magnanimity across the divide!

Perhaps this is one of the testing times illustrating Jesus’ statement that people would know we are his disciples if we love one another.

Edward Reifsnyder is a healthcare consultant. He and his wife, Janelle, live in Fort Collins, Colorado.

Carmen Seibold is a retired healthcare chaplain, married to AT editor Loren Seibold.