Please welcome Mark McCleary as a columnist for our Adventist Today website. Dr. McCleary is the senior pastor of the Liberty Seventh-day Adventist Church in Windsor Mill, MD. He’s earned a D.Min from Palmer Theological Seminary, and Ph.D. in Conflict Analysis from Nova Southeastern University. He and his wife Queenie have been married for over 40 years, and have three grown children. Dr. McCleary enjoys watching sports, reading, or playing chess, sudoku, Wordy HD, Word to Word Association and doing research for his writing.

“Give me your tired, your poor, your huddled masses” is Emma Lazarus’ poem at the base of the Statue of Liberty. However, too many Blacks have experienced structural, de jure and de facto discrimination that says, “I did not mean Black people in that invitation.”

For example, the first socially and politically engineered neighborhood, Levittown, Long Island, was developed in 1947 to help house returning GI’s from WWII and their families. The exception to this initiative were the 1.2 million Black American GI’s who also served, because this initiative came with restrictive covenants: “The tenant agrees not to permit the premises to be used or occupied by any person other than ‘members’ of the Caucasian race” (Peltz, 1988).

In the Constitutional Convention of 1787, Southern and Northern delegates debated and determined that a living Black slave was only 3/5 of an individual. The “Black Codes” were a de jure effort to exempt black people from enjoying the values of rugged individualism and self-determination, particularly in the South. Jim Crow laws are an embarrassing testimony of American injustice; they prevented Blacks from lunch rooms, drinking fountains, restrooms, or public transportation—and they happened in America’s recent past.

The Adventist Church and Racism

“Is racism a problem in the Adventist church?” Nadine Joseph asked this question in the Regional Voice Special General Conference issue, September 2015. This question hints at the paradoxical history of “Black people [being present] in the beginning of the Advent movement” (Thompson, p.3), while there is documented evidence of their unequal treatment since its early years.

In an article, The Elephant in the Room, Dwight Nelson, Senior Pastor of the Pioneer Memorial Seventh-day Adventist Church in Berrien Springs, called for an end of Regional Conferences. His commentary prompted me to ask “Why and how are you proposing to restructure an Adventist organization that has existed since 1945?”—the year the United Nations was organized and so soon after World War II? Furthermore, if Blacks were “there in the beginning” (Thompson), why did it take 101 years after the Great Disappointment, 62 years after the name Seventh-day Adventist was adopted, and 59 years after the General Conference was organized, for the brethren to encourage Blacks to form their own conferences?

The journey of Charles Kenny, the first ordained Black in the movement provides some answers to these queries. Baptized by John Loughborough in 1878 and ordained in 1889, in spite of noticeable segregationist behavior and attitudes of Whites to his ordination, it is little wonder that he is reported as the first to suggest Regional Conferences (Baker, 1995; Thompson, 1995).

Why were Regional conferences necessary? According to Joseph Dobson, an observer in those years, “There was a quota of Blacks accepted in Adventist schools”; “Colored people are not admitted generally to our institutions as patients, students, and nurses”; and “Colored students were assigned to the rear seats during worship at chapel [Emmanuel Missionary College]” (Dobson, 1944).

The straw that broke the back was the Lucy Byard incident. She was a Black SDA woman visiting from New York who fell sick and was taken to Washington Adventist Hospital, but later was rejected after in-takers found she was Colored. In waiting for transportation to a facility that accepted Negroes, she developed pneumonia and later died. Former General Conference Vice President Delbert Baker says that the effect of this incident “was profound and disturbing to Black Adventists (Baker, 95, p. 12).

In light of these observations, Nelson and other such pundits seem to be idealist rhetoricians of foolish babbling that does not include the real factors that make Blacks leery of White social misbehavior.

The late Daniel Moynihan prepared a report on the Black family in 1965 called The Negro Family: A Case of National Action, which he delivered to then-President Johnson. America’s response to Moynihan’s report has been an inflated prison population: we have 5% percent of the world’s population and 25% of its incarcerated. Incarceration rates have increased since the 1970’s when 150 out of 100,000 were incarcerated, to the 80’s (300); 90’s (767); and 2012 (707) (Flatow, The Exponential Growth of American Incarceration in Three Graphs, Think Progress Justice, May 29, 2014).

There are other factors that negatively influence the Black family, such as “White Flight,” which is rooted in fear of and misunderstanding of Blacks. It was reported that a tall, 6’ 6” Black man entered an elevator some years ago in a plush Las Vegas hotel where some elderly White women were riding. The man described how the ladies huddled away from him and clutched their purses. The man was Michael Jordan, world renowned basketball player. When I pastored in Northern New Jersey, I was invited to preach at the Norman Road Seventh-day Adventist Church around 1988 and then again in 1992. In 1988, I observed a 90% White congregation that by 1992 had five elderly White matrons and a largely Asian, Latino, and Black demographic.

Former New York Mayor, Rudy Giuliani offered his explanation of why Ferguson, Missouri needed to be occupied in the aftermath of the Michael Brown slaying by a White police officer: “White police would not be there if you [Blacks] were not killing each other” (Meet the Press, Nov. 23, 2014). In other words, law-abiding Black citizens deserve suspicion and surveillance because a small number of Blacks commit crimes.

I believe society is suffering and in pain because it lacks role models and guidance for fathers and mothers to educate their children to judge others not by their skin color, but by the content of their character. This is the essence of Dr. Martin Luther King Jr.’s appeal for justice everywhere, over entitlement programs that emasculate rather than empower; or real estate practices designed to alienate and marginalize certain folk; or designed slums with poor services and disproportionate police brutality.

Even our police force is grounded in a social-political divide concerning law enforcement. In the post-slavery South, policing was expressed in various forms of anti-Black terrorism such as border patrols or Klu Klux Klan. In the North, it was formed to protect White homes and jobs.

Blacks in general and Black males especially have had a stormy and checkered relationship with policing. The recent record includes Michael Brown, shot while running away; John Crawford II, shot while holding a BB gun in Walmart; Tamir Rice, 12, shot in a public Cleveland park; and Eric Garner, who said “I can’t breathe” after being accosted on suspicion of selling “loosies”. Research asserts that “young Black men are 21 times more likely to be shot and killed than young White men” (Jones, Politico, p.46).

Oakland, California, the birthplace of the Black Panther Party, has had to settle over 100 allegations of police corruption, false arrests, manufactured evidence, and brutality (Politico, p.72). In 2003, Oakland paid $11 million in settlements. During 2001-2011, $57 million in damages has been paid by the city for misconduct cases, lawsuits, and settlements (Politico, p.79).

On the other hand, a positive reaction to deteriorating relations is demonstrated by the NYPD, which has revisited training as a means of reestablishing and maintaining relations with those it serves. According to Police Commissioner Bill Bratton, this training is mandatory and annual. He asserted that in the wake of the Eric Garner case, this training seeks to encourage and facilitate best practices in police service (Politico, p.41).

Christianity is not exempt from racism. It has absorbed racist norms, and the Christian church and its Adventist subculture offer a truncated version of Biblical egalitarianism. I am reminded of H. Richard Niebuhr’s book, Christ and Culture, where this noted Christian theologian and ethicist posits that the Christian Church is challenged to either emulate secular society’s elitism or model Christ’s kingdom.

Black SDA’s reacted to White SDA racism by accepting the latter’s suggestion to establish Regional Conferences in 1944. Since then, Black SDA’s have turned the other cheek, while White leadership has winked at the practice and impact of racism within the Church.

Louis Farrakhan reported that Martin Luther King Jr. asked Elijah Muhammad, the late leader of the Black Muslims, “Do you think all Whites are devils?” Muhammad is reported to have replied, “We are from the South; there are some snakes that are poisonous and others are not” (“We Must Unite to Save Our Youth,” The Final Call, November 10, 2015). If you keep on doing what you have always done, you will always get what you have always gotten. So do something different.

Many within the Black community emphasize the need for rational communication. Black Caribbeans, for instance, say “Back home, we don’t have this problem with the police; but here, the White police, especially, talk to each other, but not to residents.” Blacks wonder if anyone is listening.

Pan-Africanist Umar Johnson asserts that “our [Blacks] attitudes foster White misbehavior.” My agreement with him is rooted in the ongoing observations of collateral damage from White privilege. My disagreement is grounded in the nominal progress society has made since my boyhood days, such as the Voting Rights Act, election of a Black President, and a decrease in overt racism as exhibited in common public spaces such as water fountains and restrooms.

My recommendations for improvement are rooted in the theories of Malcolm X; Martin Luther King Jr; Dubois; Garvey; Elijah Muhammad; and Jesus’ agape love. Umar Johnson is right when he suggests Blacks (or any oppressed people) should be active in their own liberation.  Ultimately, Jesus’s approach demonstrates the risky, revolutionary objective and pain involved in social transformation.

Wherever there are people, there are problems. I recommend Jesus’ method of people speaking out, writing, and collaborating with others to develop solutions that will improve social situations. Unless we do, these attitudes and actions will continue to negatively impact people like you, me, and society worldwide.

Jones, Nikole Hannah, . A Letter from Black America: Yes, We Fear the Police: Here is Why, Politico (Mar/April 2015) 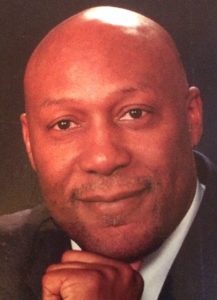 Mark McCleary is the senior pastor of the Liberty Seventh-day Adventist Church in Windsor Mill, MD