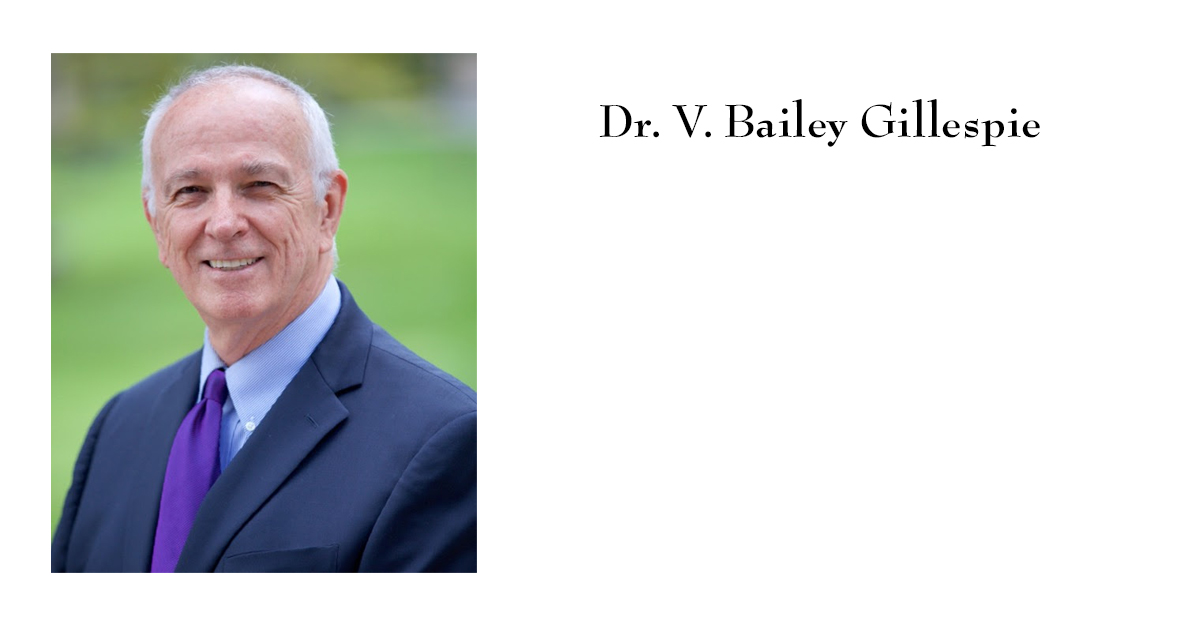 Dr. V. Bailey Gillespie, the widely influential professor of youth ministry at La Sierra University (LSU), passed to his rest yesterday at City of Hope medical center in Duarte, California. He had been battling cancer since early 2017.

Gillespie was widely known for his tireless efforts to help the Adventist denomination reach young people for Christ and support their faith development. He spearheaded the Valuegenesis research project, a landmark longitudinal study of students in grades 6-12 in Adventist schools. Its goal was to discover what makes Adventist young people accept or reject the faith of their parents and what the church can do about it. Begun in North America in 1990, Valuegenesis inspired spin-offs in Mexico, South America, Europe and Australia.

Shortly after the release of the first Valuegenesis research findings, Gillespie founded the John Hancock Center for Youth and Family Ministry at LSU. Its mission, in part, is to create resources for churches and schools so that they could turn research findings into practical applications. The denomination contracted with the Hancock Center to create a curriculum to be used by children’s Sabbath School classes worldwide. Called the Gracelink Curriculum, it presented “the four aspects of a growing Christian experience—grace, worship, community, and service.”

Gillespie wrote or edited more than 30 books and hundreds of articles. In addition to teaching, research and writing, he also led archaeological expeditions to Caesarea Maritima in Israel from 1976 to 1982. From 1983 through 2015, he directed and led the Middle East Study Tour, helping hundreds of people experience the lands of the Bible.

In June 2016, a cohort of 25 pastors, Bible teachers, and chaplains began working toward their master of theological studies degree from La Sierra University, with classes held in the Central California Conference office. Bailey was delighted to be instrumental in setting up this program, which brought a seminary education to church employees in their local conference.

“Our hearts are heavy, and we grieve with the Gillespie family at this time,” said Dr. Randal Wisbey, LSU president, who notes that Gillespie developed a process for spiritual masterplanning on Adventist campuses, including LSU. “We thank God for the ways in which Dr. Gillespie blessed so many lives. His strong personal faith and commitment to grace-filled ministry leave a lasting legacy to La Sierra and the Church.”

Gillespie’s career in Adventist education and ministry began shortly after he received his master of divinity degree from Andrews University in 1966. He served as a church pastor, as an academy religion and music teacher, and as assistant dean for admissions and student affairs in the Loma Linda University School of Dentistry before moving to LLU’s Division of Religion in 1976. He earned his PhD in Christian Personality and Faith Development from Claremont Graduate University in 1973.

In 1981, Gillespie returned to his undergraduate alma mater, LSU (then known as the La Sierra Campus of Loma Linda University) as professor of theology and Christian personality and chair of the church and ministry department. He remained a vital part of LSU’s religion faculty until his retirement in June last year. He served as associate dean of LSU’s H. M. S. Richards Divinity School from 2015 to 2017 and as acting dean from 2014 to 2015.

He is survived by his wife of nearly 54 years, Judy Walcker Gillespie; son Tim and daughter-in-law Sara; daughter Shannon Quishenberry and son-in-law Kenneth Sievers; and five grandchildren. A memorial service will be held on May 19 at 4 p.m. in the La Sierra University Church.

Monte Sahlin, the CEO of Adventist Today, added this personal note: “I met Bailey Gillespie in the early 1960s when I worked at summer camp several summers while an academy student, and he was the college student who supervised the teen and young adult staff members. He played a key role in my decision to become a theology major at La Sierra and nurtured my sense of call to ministry.”