Wrong About the Antichrist

“I don’t get it. Why do Adventists pick on Catholics? Why this animosity?” the young woman, raised Adventist, asked after hearing a comment someone had made.

I thought a bit before replying. “I’m not sure it was really animosity. Just a random pot shot. Probably the person didn’t think it through before speaking.”

“And that’s the problem. Why don’t people think about it? Why is it so ingrained in the culture that people pick on Catholics without thinking about it?”

Yes! Be a member, make a difference!

How could I tell her of the historic interpretation of prophecy regarding the antichrist and the beasts of Revelation which sometimes instilled fear into Adventists of my childhood? But I did talk about it. I ended with a twist on the interpretation.

“I believe God’s Holy Spirit works in every person who gives God permission to be there. We humans forget that the real beast is the devil, Satan. Instead of pointing to him, we sometimes put his characteristics onto people whom God may be drawing to Himself.”

Look at Paul. No one would have thought that such a zealous murderer of Christians would become a prolific writer of the Bible and defender of Christianity. Even though God completely converted him, the other Christians didn’t trust him at first.  And that’s part of the problem—a basic trust. Historically, in the Dark Ages, Catholics leaders treated both their own people and other Christians with financial and spiritual exploitation. Some people died, others were persecuted. The stories created a collective and cultural fear. Why?

Because of the biological phenomenon called habituation. When creatures experience pain, they respond with avoidance, not just against what caused the pain but against anything remotely similar—against a class of things. This serves to protect against future injury. Animals do this. People do this well, but have the added ability to tell everyone else to be afraid. Habituation leads people to classify others in groups to avoid, whether or not the individuals in those groups have done scary things or not.

Of course, certain groups have created destruction. The extermination of Jews during World War II, the killing fields in Cambodia, the Rwanda massacre, the crusades and killings in the Dark Ages, and the current killing of the Rohingya Muslims by the prominent religious group in Myanmar, all look like Satan. These events certainly could not have come from a loving God. Murderous situations—anti-love and anti-Jesus—point to the true antichrist.

Labeling others as antichrist because they are part of a certain group goes against the work of the Holy Spirit who works in and for anyone who still lives. Who is evil? Who is good? The issues are not always clear, and won’t be until the end of time—like the harvest in the parable Jesus told of the wheat and tares.

A man planted good wheat seed in his field. However, while he and his men slept, an enemy came and planted weeds.

“Didn’t you plant good wheat seeds?” the workers asked the owner. “Why are weeds sprouting?”

“An enemy did it,” the owner said with a sinking feeling in his stomach.

“What shall we do?” the workers asked. “Shall we pull up the weeds?”

“No,” the owner replied. “If you do that, you might pull up some of the good wheat also. Let them both grow. We’ll separate them when we harvest them.” (Matthew 13:24-30 paraphrased)

Weeding out people is God’s job—a job He will complete at the final judgment day when He comes the second time. If I try to weed people out, I could very well cause some good people to turn against God, because of my unloving actions. In addition, because the wheat and weeds look alike, I could make mistakes and “pull” out those whom God is drawing to Himself.

He named a few other groups of people. However, even within the groups he named, God may work in people’s lives.

I thought back to my initial meeting with a Catholic couple. They had driven an hour and a half so that I wouldn’t have to make the commute in a strange city. They greeted me with hugs the moment we met. I instantly liked them. They would soon be my daughter’s in-laws.

We ate breakfast and talked for two and a half hours. We laughed together. We shared baby pictures and pictures of our kids growing up. I told them that for many years I had prayed for the man my daughter would marry. They also expressed faith in God. Toward the end of our conversation, they asked if I had any questions or concerns.

“I do have one,” I said. “You probably realize that there is a religious difference. How do you feel about this?”

“Ninety percent is the same,” the man replied. “We haven’t always been Catholic. When my oldest children were in grade school, we realized that they needed a better education than what the local public school offered. We went looking. We found the Catholic school. They gave a tuition discount to those who were Catholic.”

“We have found a caring community there,” added the wife.

“Community is a very important part of church—people who care about each other,” I said.

Like the owner of the wheat field who likely fertilized both weeds and wheat until the harvest, God sends rain on all. If God gives to people who have incomplete views of Him, shouldn’t I also treat others with love? Why not look for the ninety percent similarity?

This is not about belief or doctrine. I believe as I do because through the Bible I have found a God who loves me, wants to relate to me and brings me peace. This is about how I treat others who may not be a part of my group. A colleague said, “The thing about all religions is that people just want to be loved.” The source of that love is God. I want God to live His love through me. It’s like my first Catholic friend taught me: “The most important thing is how we treat people.”

One day the disciple John came running to Jesus. “Teacher,” he cried out, “we saw a man driving out demons in your name. We told him to stop because he isn’t one of us.” John felt sure that Jesus would disapprove of this encroachment on his brand.

But Jesus had a more open-source attitude. “Don’t stop him. If he is not against us, then he is for us. If he does a miracle in my name, he won’t say anything bad about me.” (Mark 9:38-41 paraphrased)

If I look for the ninety percent similarity, I don’t judge people based on their groups. I ask different questions. What do people believe in common? How is God leading those who belong to a different denomination? What can I learn from another’s perspective? And then a very humbling question: If I compare myself to all that God wants for me, His ideal, do I have even ninety percent in common with God?

I observed a God-filled Catholic woman during a visit to the Maryknoll sisters in Guatemala. After telling of their village health worker training program, the trainer answered questions.

“How do you keep from getting burned out?”

“I have to keep going back to the Word,” the sister responded. “When I immerse myself in God’s word, I find renewed strength.”

God does the same for me, I thought.  Are we really that different in relying on the strength God gives? Why not look for more of these similarities rather than focusing on the differences?

My daughter told her fiancé how she felt about the off-the-cuff comment. “I will vehemently defend you,” she said, “if that ever happens again.”

His reply, like his father’s, had depth. “Don’t worry about it,” he said. “I’ll just show by my actions what kind of person I am.”

Hearing his response, I knew that he had touched part of the ninety percent we have in common. 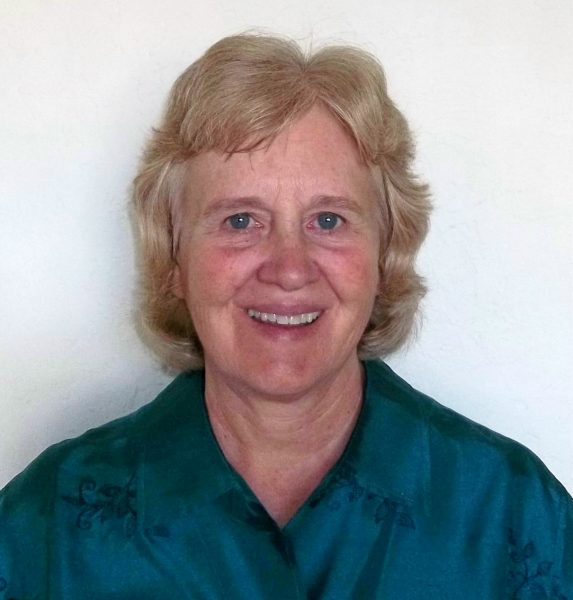 Aletha Gruzensky’s first spiritual loyalty is to a growing relationship with Jesus. She is a free-lance writer, a college tutor, and an international public health professional currently living in College Place, Washington. As a Seventh-day Adventist, she thinks liberally while behaving conservatively.