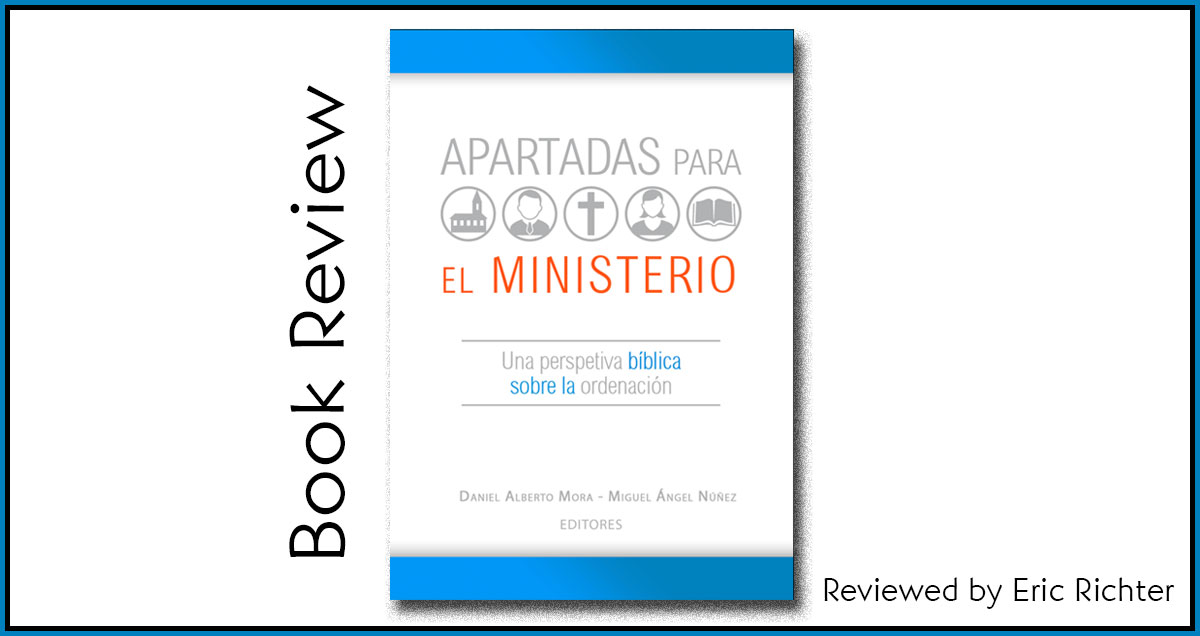 The modern debate on women’s ordination in the Seventh-day Adventist Church began in the 1970s. Since then, many books have been published advocating for both sides of the issue. Most of the debate has taken place in North America, Europe and the South Pacific, while Seventh-day Adventists from the rest of the world have had less voice in the discussion.

Now two theologians from Venezuela and Chile may have changed all that. Daniel A. Mora, a former student of the Venezuelan Adventist Theological Seminary and prolific researcher, together with Miguel Ángel Nuñéz, a well-known Chilean pastor, author and speaker, edited the first book in Spanish on women’s ordination, Apartadas para el Ministerio: Perspectivas bíblicas sobre la ordenación (Set Apart for Ministry: Biblical Perspectives on Ordination), a compilation of essays on the role of women in the church and the biblical ida of ordination.

The book includes chapters from Latin-American theologians like Nancy Vyhmeister, who defended the femininity and apostleship of Junia (chap. 8); Ángel Manuel Rodriguez, who shows the inconsistencies in the arguments used by opponents of women’s ordination (chap. 12); and Oscar S. Mendoza, who refutes the charge that women’s ordination and homosexuality are linked (chap. 13). Book editor Daniel A. Mora writes several chapters dealing with the history of female pastors in the Nineteenth century (chap. 4), the philosophical presuppositions behind headship theology (chap. 14), the relationship of Ellen G. White with the women’s rights movement (Appendix B), and the ordination of female elders in the Interamerican Division (Appendix C). Miguel Ángel Nuñez also wrote an exegesis of 1 Peter 3:17, one the New Testament passages misused to promote the subordination of women (chap. 14).

Because one of the main purposes of this project was to make sound scholarship available in the Spanish language, papers by Ekkehard Mueller, John and Teresa Reeve, Darius Jankiewicz, Denis Fortin, and Carl P. Cosaert have also been translated and included.

The book was printed by Fortaleza Ediciones [Fortress Editions], a publishing house based in Lima, Perú.

Two editions of the book are available. A paperback edition can be ordered through Amazon here, and a free electronic version can be downloaded by clicking here.

Eric Richter is a student at the School of Theology in the River Plate Adventist University, Argentina