News Feature: You May be Surprised by What Some Catholics are Teaching 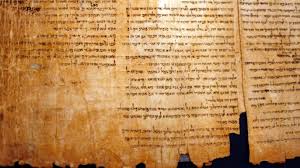 By Ella Rydzewski, July 30, 2016:    I live near a retreat center owned by the Bon Secours hospital system. It includes some offices and provides a home for the Sisters of Bon Secours, an organization of Catholic nurses. A structure with a Frank Lloyd Wright design dominates the garden and pond landscape and contains conference rooms, a cafeteria and rooms for overnight guests. It is open to more than Catholic groups and various groups use from all over the Baltimore-Washington area. The delightful natural setting is a major draw for relaxing, meditating, or walking.

In June I noticed a week-day lecture series given by Rev. Robert Albright, entitled “The Jewishness of Jesus.”  It piqued my interest, and I signed up as a commuting attendee. Father Bob, as he is known, is a retired priest from the Baltimore archdiocese who lectures to mostly Catholic groups wherever he is invited. He is a member of the Baltimore Institute for Christian and Jewish Studies and teaches at Towson University near Baltimore.  He also leads tours of the Holy Land.

What I heard was not only a surprise to me, but to the Catholics in the group. (Only one of the almost fifty attendees questioned what he heard.)  Albright’s goal was to present to his audience the real religion of Jesus and how it has been lost over the ages. He told us that neither the Judaism nor Christianity of today believes as Jesus did—He was a first-century Jew and learned from the Tanach (Old Testament) including the Torah (the five books of the law), Nevhm (the prophets) and Chetuvim (the wisdom books). He learned Halakah, the oral law.

Albright, unlike Protestant teachers I have heard, thinks that Jesus learned scripture from his parents rather than from a Hebrew school. His family was poor and this suggests that Jesus may not have been able to read, but memorized scripture from oral presentations. Most people in that time and place were illiterate and the Word of God was spoken; the scribes did the reading and writing. Outside of the Jerusalem temple, the Jews gathered on Sabbaths in meeting houses. These later became larger and known as synagogues.

According to the lecturer, when Jesus and Paul spoke against the law, they were talking about the oral law that the Pharisees had taken to such rigid lengths it became a burden.  But they honored the biblical commandments.

Albright explained the infusion of Greek and Roman thought into Christianity in later times. Aristotle said the soul lives on after death, and this was picked up by church leaders such as Thomas Aquinas.  But this was not what Jesus believed. The first-century Jew saw the body as material, the soul as the life within the body (breath), and the spirit something like personality or character.  The future resurrection of the dead was a major first-century teaching, and did not include a trip to heaven after death as currently taught by most Christian denominations.

Albright brought to the discussion interesting concepts concerning symbolism in the Bible, including the use of numbers. Whereas, most cultures were sun-based, the Hebrew, he said, was moon-based with the month guiding their festivals.  In speaking of numbers, seven could have other meanings but it was used as an indefinite (eternal) period while four was definite (as in four beasts or heads). The term “nations” referred to the Gentiles. Mountains were places where people met God.

Many of the women in the audience were nuns, and I enjoyed talking with them at meals. They impressed me by their openness to learn new things about the Bible and Jesus. I suspect this only rings true so long as it does not come with denominational label outside the mainstream. It seems to me if Christ-centered doctrine is to be presented to other religions, it may have to come from within their group or at least without a label.  I cannot help wondering if celebrating Sabbath as representing Jesus the Lord of the Sabbath had been promoted outside a denominational label it would have been accepted by more faith groups. Perhaps ours was to have been a movement that taught the beliefs of Jesus rather than a new denomination.

In light of discussions among Adventists about anti-Catholic views, I should note an odd experience at one meal. A nurse who worked at Catholic hospitals asked my religion. When I told her she looked shocked. “They hate Catholics,” she said. She told me of caring for an Adventist in her hospital who became frightened when she approached. “She feared me because it was a Catholic hospital, and I was a nun. She even tried to make me take anti-Catholic writings—they looked like comic books.”  All I could think of was the Chick publications which are not Adventist, so I tried to distance myself from them in my conversation with her.

Father Bob did know I was an Adventist because I made an appointment with him and told him about our faith being close to what he taught. To him the Bible is a book of faith and is about the Person of Jesus Christ. He also gave me permission to share three of his lectures with anyone who is interested.  You may request them through Adventist Today and I will e-mail them.

Ella Rydzewski is a free-lance writer living in Maryland who has served on the editorial staff at Adventist publications over the years. To request the lectures that she offered to share, send an Email to atoday@atoday.org and include her name in the Subject line.