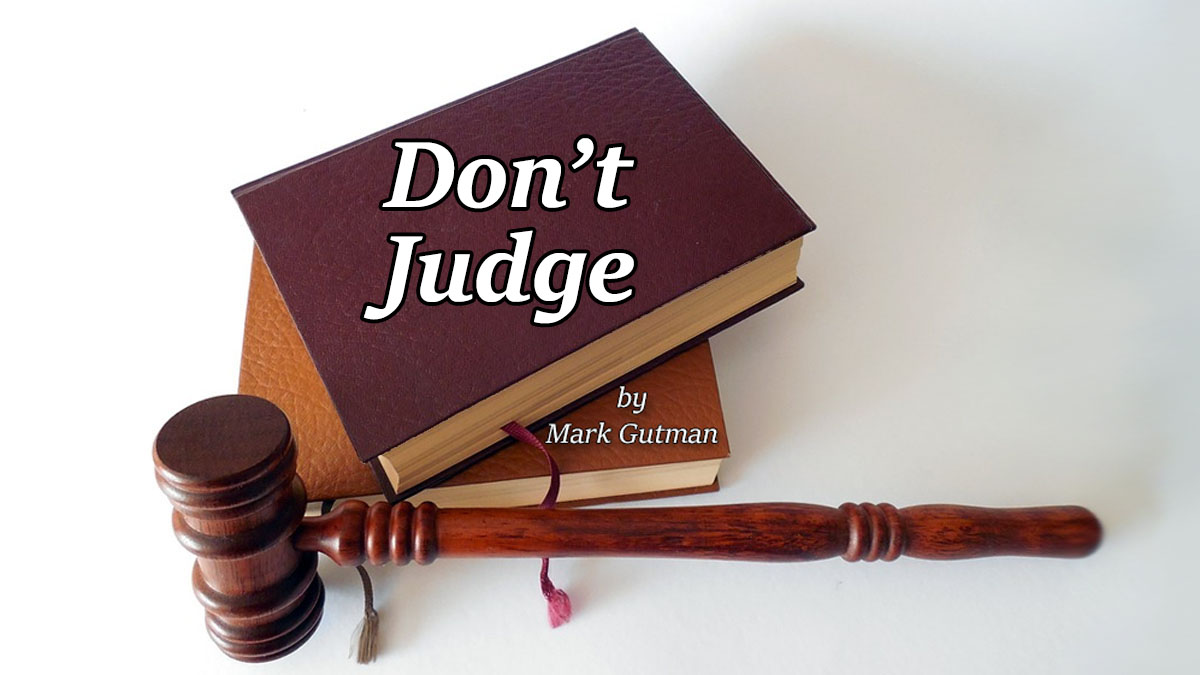 by Mark Gutman, August 1, 2016:    What are we supposed to do with the command, “Judge not, that ye be not judged” (Matthew 7:1, KJV)? It is commonly quoted, but not commonly “unpacked.” When you stop to think about it, it seems like an unrealistic order. We presume it means that we shouldn’t judge people negatively. Since it’s so idealistic as to be unworkable in the real world, it is ignored except when we want to quote it to someone who is criticizing a person we’re interested in defending.

We need to make judgments. Why do we think that Hitler or Stalin was “bad”? We can point to the pain and suffering those men caused, the waste of resources to fight their armies or henchmen, and the examples they’ve given modern skinheads or people who specialize in hate. Should we not judge them? Christians are not likely to quote Matthew 7:1 to someone who says that Hitler was bad.

To use a real life example, imagine that I’m trying to find a babysitter for my child. Am I expected to treat all potential babysitters as equally suitable? Make no judgments about their behavior or attitude? Must my decision be one of taste but not of character? Making judgments to buy a car or a house or even produce, I can hardly shut off my judging motor when looking at people’s actions.

Never mind my personal judgments, though. Companies make judgments about who is likely to be trustworthy, schools decide who is worthy of acceptance, and even churches decide whether or not someone should be allowed to be “taken into membership.” Surely we aren’t going to tell companies, schools, and churches to let a computer algorithm make their decisions. Somebody, or some group, has to judge – a lot! While we know our judgment processes suffer from bias and other flaws, we have no choice but to use the same mental instincts that help us decide on where and when to do business.

Even the motive often urged for not judging seems to be a selfish one, tantamount to not hitting the playground bully so he won’t flatten me. If I’m not nice to others, God won’t be nice to me. Maybe fear of being punished by God helps some avoid criticizing. But why would Jesus tell me not to judge if God is going to judge me? Is this a case of “Do as I say, not as I do”? I know, I know: God knows more than we do, so his judgment is perfect and ours is limited. But it still strikes me as unfair to be told not to do something that seems so natural when the one telling me not to do it is doing what he’s telling me not to do.

Is Matthew 7:1 unworkable? Worth paying some attention to? What merit can we find in this “judge not” command?

You Don’t Want Others to Treat You That Way

Recognize that if you judge others, with your incomplete and imperfect understanding of what’s behind their actions, you’re inconsistent when you complain because others treat you the same way. If you can’t shut off that mental mechanism, don’t expect others to. You wouldn’t want to be guilty of “Do as I say, not as I do,” would you? A noted radio talk-show host lightened up on his criticism of drug addiction after the public learned that he himself was struggling with it. Why should our problems have to become public before we lighten up?

You Use That Same Attacking Energy on Yourself

Recognize that the guns you use against others get turned on yourself. If your reaction to human imperfection is anger or scorn, you will react to your own imperfection the same way. We seem to have unlimited ability to rationalize our own behavior, to excuse our imperfection because we know our underlying motives, but we still are occasionally quite conscious that we’re doing wrong. So, as smokers do when they know that smoking damages their health, we use such blow offs as “Nobody’s perfect” or “At least I’m not doing — (fill in the blank).”

It takes energy to attack other people, even if you do it with good reason. And it takes even more energy to attack and defend ourselves for our imperfection because we’re around ourselves constantly. Judge not, that ye be not judged can also mean that when you spray judgment you hit yourself with it. You love your neighbor as you love yourself, and you judge yourself as you judge your neighbor.

At Least Play Defense for the Accused

Recognize that “the other guy” is entitled to a defense. Raise the best defense you can muster for that person whose actions are clearly “wrong” or “bad.”

Defense attorneys are unpopular for a reason. Popular opinion thinks they hurt society by defending people who are probably guilty. Until you’ve been accused unfairly, or until you know that your side of the story needs to be heard when you appear to be guilty of something, you may regard defense attorneys with contempt. Sometimes a defense attorney is able to get a guilty person off because the police broke the law during their investigation or because a law is flawed. So the guilty person “gets away” with something as part of the process of helping to keep (or make) investigators fair and honest or helping society to improve its laws.1

You may not approve of the actions of someone else, but try to imagine what defense the offender’s attorney might raise at the trial: genetics, home influence, fatigue, misunderstanding of the situation(s), pressure from another person, or brain impairment. For example, former NFL players have been featured recently for terrible behavior that we are learning was probably due to brain injuries suffered during their career. While we work to limit others’ hurtful behavior, we have to realize that many are fighting pressures we don’t understand and that they themselves often don’t understand, which makes their problems even harder to fight. Even people who have no connection with a church can still lament with Paul, “I do not understand what I do. For what I want to do I do not do, but what I hate I do” (Romans 7:13, NIV).

Show the Compassion You Want

Jesus scolded some Pharisees for condemning (misjudging) his innocent disciples. The Pharisees’ problem, according to Jesus, was not understanding that God wants compassion, not a ritual religion that has no problem with running over strugglers.2

Just to be consistent and save ourselves a lot of grief, we would do well to be slow to judge, even as “slow to anger” is recommended behavior. And while we’re judging and trying to rein in the unwanted behavior, let’s think of all the reasons we can why an offender might not be as responsible for the actions that impress us as so wrong. Whether I’m trying to limit harm caused by Ted Wilson or Adventist Today, by a former member or an archconservative or a liberal theologian, or by the jerk I work with, I can at least concede that he or she has been shaped into his or her behavior, even as I would wish for the same concessions by those offended by me.

*This column is using Mother Teresa as an example of someone who is widely thought of as “saintly.” The writer is well aware of criticisms of Mother Teresa.

1“Any defense lawyer who says he doesn’t lose sleep over the moral ambiguity and complexity of his role is either lying or is unworthy of the responsibility of representing the possibly guilty in order to prevent the conviction of the possibly innocent.” Alan M. Dershowitz, Taking the Stand: My Life in the Law (Crown/Archetype), 320.

2Matthew 12:7; See chapter 11 of Speaking Christian, by Marcus J. Borg, on “compassion” as a better translation than “mercy.” “Mercy” implies letting a guilty person off, while “compassion” does not imply judgment. 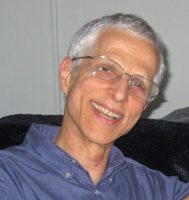 Mark Gutman has served the church as a pastor, an elementary school teacher, and an accountant.