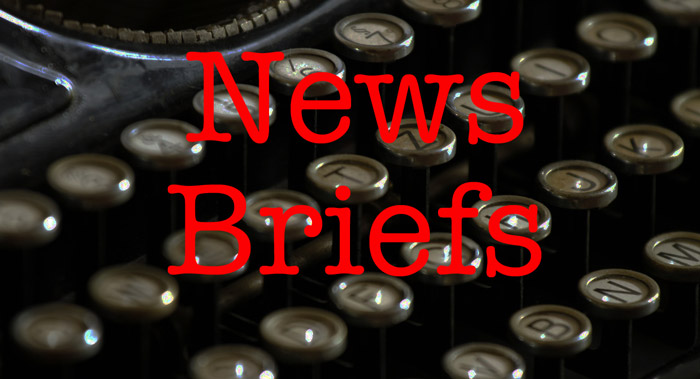 Pastor Thomas T. Ocran, president of the Adventist denomination’s Southern Ghana Union Conference, paid a courtesy call on the National Chief Imam of the Muslim community in Ghana last Friday, Sheikh Osman N. Sharubutu. “They said that while the people in other parts of Africa are experiencing unending hostilities with each other, the people of Ghana have been living in peace,” reported News Ghana. The Chief Imam praised the Adventist leaders for a statement that God created humanity from Adam and Eve as written in the Bible and the Quran who developed into various tribes and races, but whom God expects to live in peace and not to engage in war with one another. Ocran brought the Imam gifts of food for the month of the annual Ramadan fast.

Pastor Tara VinCross will be the new senior pastor of the Azure Hills Adventist Church in Grand Terrace, California. She has been a pastor and church planter in Philadelphia where she is the founding director of the REACH Urban Evangelism School operated by the denomination’s Columbia Union Conference in collaboration with Washington Adventist University. She “has made a valuable contribution in engaging young adults to experience urban mission,” said Pastor David Weigley, union conference president. VinCross was one of the devotional preachers at the General Conference Session last summer and has earned a Doctor of Ministry degree from Andrews University. The Azure Hills Church has nearly 2,500 members and is located a few miles from Loma Linda University in the denomination’s Southeastern California Conference.

A symposium to help pastors learn how to minister to lesbian, gay, bisexual, transgender and intersex (LGBTI) people was held last week (June 21-22) by the Adventist Ministerial Association of the Netherlands Union Conference. Presentations were made by Adventist scholars and local health professionals. About 50 ministers attended from across Europe. “The exegetical approaches were, at times, somewhat confronting, but at the same time valuable,” said a pastor who attended. “The practical advisories gave us many professional tools to consider.”

Adventist Community Services (ACS) has been asked by the U.S. state of West Virginia to manage distribution of relief supplies to victims of the recent floods there. Truckloads of drinking water, cleaning supplies and other needed items are coming into the area from throughout the region. An emergency warehouse has been set up in the town of Belle and the state has turned over to ACS this facility and its contents. Larry Murphy, ACS director for the denomination’s Mountain View Conference, which includes most of the state, reported that the Federal Emergency Management Agency (FEMA) has provided funding for two teams of ACS volunteers at the site. ACS has a similar agreement with many of the other states in the U.S. which can be activated in the aftermath of a disaster.

About 100 Adventist volunteers in Western Province of Papua New Guinea spent Sunday cleaning the grounds of Kiunga Hospital which is operated by the local public health district. They dug out blocked drains, cut back the bush, disposed of rubbish, pruned shrubs, cut the grass and planted flowers, reported PNG Channel One. Paiyo Bale, first elder of the Adventist churches in the North Fly District and a respected businessman in the province, organized the project as part of the congregations’ community involvement and outreach. Church volunteers regularly visit the sick in the hospital and bring food to patients.

The city council in Port Saint Lucie (Florida) deferred a decision on a permit for the Midport Adventist Church to build a 150-foot radio tower on the church property after 70 people showed up to speak to the issue. The tower is needed to broadcast Eternal Hope Radio programming in a 10-mile radius, but it also can handle up to four cell phone companies for $8,000 a month income to the church, reports the TC Palm local newspaper. Neighbors said “the tower will be an eyesore and incompatible with the area.” The city council will consider the application again on July 25.

A ten-year-old student at Irvine Adventist School in Ghatshila (India) was murdered Sunday night, according to The Telegraph daily newspaper in Calcutta. He was sleeping with 35 other boys in a private hostel near the school. Forensic examination found that he was hit in the head with a brick and students “often hear or see intruders,” the newspaper reported based on interviews with police. Ghatshila is 60 km (about 37 miles) outside of Calcutta.

Adventist University of Health Sciences in Orlando (Florida) has announced a new associate’s degree program for Advanced Medical Assistants. The university is accepting applications for the first cohort that will begin in September. Graduates will have opportunities to be hired in good jobs. “There is an immediate need for advanced medical assistants within the health care community,” said Dr. David Greenlaw, university president. The advanced program cross trains graduates as both medical assistants and basic machine operators (BMO). The university offers fully-accredited two-year, Bachelor’s and graduate programs in 12 areas.