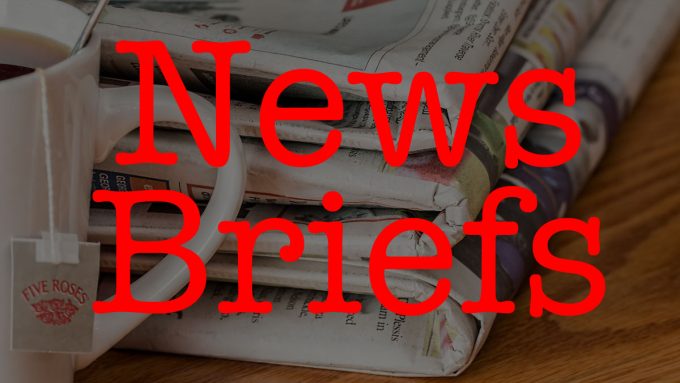 From APD: The theological faculty of the Adventist University in Collonges-sous-Salève, France, has launched a new French language theological journal. The first issue of Servir – Revue de théologie adventiste (Serve – Adventist Journal of Theology) has been published. Gabriel Monet, the new dean of theology at the university, started the project. The journal aims to create synergies between French-speaking schools in Cameroon, Haiti, Madagascar and France.
(APD is the official news source for the Adventist Church in several countries within Western and Southern Europe.)

From APD: The Adventist Theological Institute in Cernica, Romania has been granted University status. This gives it the same rights as other Romanian universities to offer undergraduate and graduate programs. The Adventist Theological Institute was first granted institutional accreditation by ARACIS, the Romanian National Council for Academic Assessment and Accreditation of universities. Then, in November 2017, a bill granting university status to the institution was passed by both chambers of the Romanian Parliament. This institution will now be called Adventus University.

Adventist student Angel Rodriguez won a $25,000 college scholarship for a first place win in the National Endowment for the Arts first “musical theater songwriting challenge.” On December 7, the Seattle Times reported that Rodriguez was a junior at Puget Sound Adventist Academy when he wrote “Bleeding,” the song which won him the prize. He said that the piece was inspired by police brutality and finding hope in hopelessness. The NEA songwriting prize is aimed at helping students launch careers in musical theater and other areas.

An Australian politician is calling for churches’ commercial enterprises to be taxed in the southeastern state of Victoria. In her bill, Fiona Patten calls for a change to the state’s Charities Act so that tax exemptions would apply exclusively to charitable activities by religious entities. According to The Guardian newspaper, she specifically mentioned that Australian breakfast foods company Sanitarium would be targeted by the proposed change as it was a multimillion dollar company reducing “a whole range of taxes because they say that their main reason is to promote religion.” The Victorian government has said that it has no plans to make any changes to current taxation policy.

According to updates on its Facebook page, the Philippine branch of the Adventist Development and Relief Agency (ADRA) has responded to widespread typhoon devastation in the country. Over the last few weeks, ADRA staff and volunteers have distributed food to 500 families in storm-hit Biliran island in the East Visayan part of the country. Food packs were also distributed to families affected by typhoon damage in Bukidnon, Lanao del Norte and Cagayan de Oro City on the southern island of Mindanao.

Two law enforcement officers shot on January 1 in Douglas County, Colorado, were released from the Denver area’s Littleton Adventist Hospital on January 2. Deputies Michael Doyle and Taylor Davis suffered injuries in an attack in which two other officers (Thomas O’Donnell and Jeff Pelle) were injured and Douglas County Deputy Zackari Parrish was shot dead. Local NBC affiliate TV station KUSA quoted the Douglas County Sheriff as saying that the officers had walked into “an ambush.”

A businessman in the U.K. has been awarded 35,000 pounds sterling as a payout from a woman who falsely accused him in front of an Adventist congregation in the city of Leeds. In front of 90 Adventist church members gathered to discuss a dispute between Annie Saddler and local businessman Raj Dhir, Saddler said that Dhir had “threatened to slit my throat.” According to the UK’s Daily Mail, Dhir accused Saddler of slander and was awarded the damages after Mr. Justice Nicklin of the country’s High Court found no truth to Saddler’s claim.

An Adventist congregation helped bring Palestinian refugees to visit Chattanooga. The Well on the Southside, a member church of the Adventist Peace Fellowship, joined with other local partners to coordinate bringing the North American Nakba Tour to Chattanooga. During the December 6, 2017 visit, Palestinian refugees shared stories to help draw attention to the global refugee crisis. The Chattanooga .com reported that stories shared during the presentation were of stateless Palestinians from refugee camps in Lebanon.

Shots were fired during a December 25 basketball game at Berea Seventh-day Adventist Church in Sumter, South Carolina. The Sumter Item reported that the shots occurred during an argument between two opposing team members. No injuries were sustained from the incident. The church’s basketball ministry is known for its positive outreach to the local community for the past 15 years.