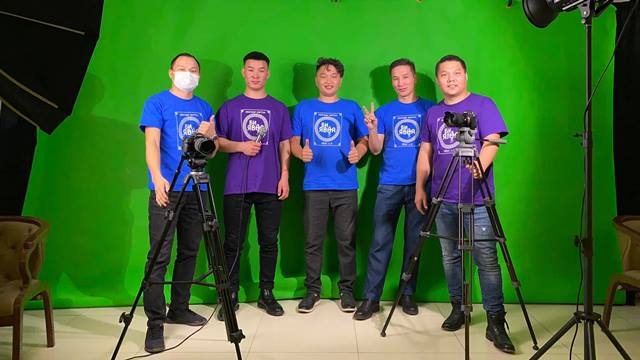 WGTS-FM Washington, D.C., a radio station with affiliation to the Seventh-day Adventist community, was recently named Religious Station of the Year at the 2021 National Association of Broadcasters’ (NAB) Marconi Radio Awards.

We Need to Talk, from the same station, was named Best Radio Podcast of the Year during the ceremony. We Need to Talk on-air hosts Claude Jennings and Jerry Woods lead a weekly discussion about race that the station describes as “open, honest, and sometimes uncomfortable in an effort to foster growth and understanding between people of all races.”

According to the Columbia Union Visitor, WGTS began in the basement of the men’s dormitory on the campus of then-Washington Missionary College, with a 10-watt transmitter that covered a scant square mile in Takoma Park, Maryland, in 1957. The call letters — WGTS — echoed the college’s motto “Gateway to Service.”

The Mongolia Mission (MM) of the Seventh-day Adventist Church completed its first-ever online camp meeting this year. Usually, the MM holds its annual nationwide camp meeting during the summer (around July each year). Because of the COVID-19 pandemic, the camp meeting could not be organized in 2020 and 2021.

Every morning and evening, participants divided into groups and gathered in a prayer room prepared through the Zoom teleconferencing platform. Also, various activities were brought to participants using Zoom, Facebook Live streaming, and Facebook group chats. Seminars centered on women, family, health, children, media, and Sabbath School ministries. Other programs, such as a talk show, a movie, kids’ time, and physical exercise, made the camp meeting enjoyable, according to participants.

Kevin Olusola, a member of the a capella group Pentatonix, talked about his faith in Christ and how God led him into the music industry.

“Faith is the reason I’m in Pentatonix. Legitimately. I grew up a Christian; my dad’s from Nigeria, my mom’s from Grenada,” he said. “My mom grew up Seven Day Adventist [sic], my dad shortly became one as well. So I grew up a Sunday Adventist,” the talented beatboxer and singer said. “I think for me, I became a serious believer in Christ whenever He asked me to go into the music industry. ”

Pentatonix, which has sold more than 10 million albums worldwide, was the featured group this year on BYUtv’s “Christmas Under the Stars” special that will run through December.

A Gift So Deer

The Seventh-day Adventist Food Bank in McBride, Missouri, US, received a 60-lb. donation of processed venison for their freezer in early December.

A mule deer had been accidentally shot by a hunter.  The Food Bank was glad to take the meat for their freezer, but were not in a financial position to cover the cost of processing the carcass. Local butcher Steve Doane stepped in with an offer to provide his facility, meat processing, and supplies free of charge.

Julie Holland, the Food Bank Director, was thrilled to accept the rare donation. “Sometimes we get private beef donations, but that doesn’t happen often. We are glad when it happens,” said Holland.

The couple shared identical posts on Instagram announcing their split. The divorce comes after nine years of marriage. “We celebrate almost a decade of marriage together and a love that is eternal,” they said in the joint statement.

“There’s no one at fault,” the two shared of their split. “We believe this is the next best chapter in the evolution of our love.”