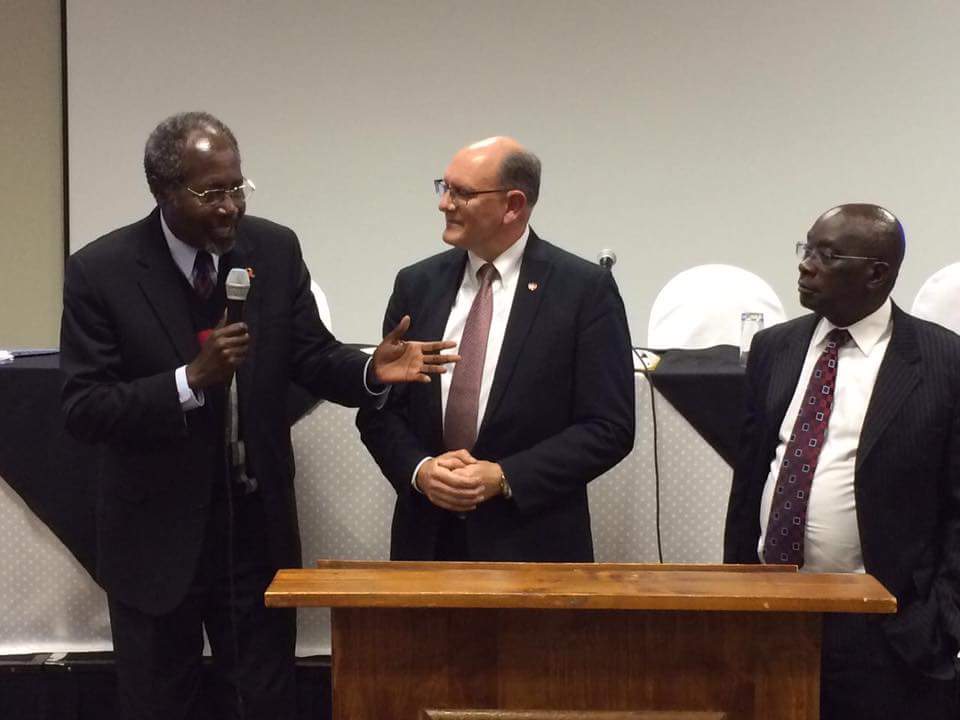 Updated June 23: June 21, 2016:    The governing body of the Southern Africa-Indian Ocean Division (SID) of the Seventh-day Adventist denomination met today and voted to nominate two new officers in the wake of a scandal about academic degrees led to the resignation of the division president. Pastor Solomon Maphosa, who has been the executive secretary serving as interim president, was nominated for president and Pastor Gideon Reyneke, a department director in the Southern African Union Conference, was nominated as the new executive secretary.

In an extraordinarily rapid progression of events, the available members of the denomination’s General Conference executive committee voted to approve both nominations the next day, according to the Adventist Review. The common practice is for elections at this level to be voted during the annual meeting of the executive committee in the fall or the spring meeting of the body.

Dr. Paul Ratsara resigned as SID after six weeks of accusations of academic fraud. Ratsara requested reassignment as a local pastor in his home region, the Indian Ocean Union Conference “to refocus the church that I love, back to its God-given mission and to prevent it continuing to be distracted.” The union conference includes the island nations of Madagascar, Mauritius, and Seychelles east of the African continent.

The tensions leading up to Ratsara’s resignation began on April 14 when The New Age, a secular newspaper in South Africa, published a story with accusations of fraud against both Ratsara and Pastor Paul Charles, the communication director for the division. Charles claimed a doctoral degree from an organization in India that was not accredited and for which no address or record could be found, as reported at the time by Adventist Today.

Although Ratsara’s doctoral degree has been confirmed by the University of South Africa, accusations that at least some parts of his dissertation were written for him continued and the University of South Africa has announced that it will investigate. Early in May an administrative committee of the SID ordered Charles to stop making any claim to the doctoral degree he had previously listed, according to a story published by Spectrum, the journal of the largest association of Adventist academics.

On May 23, Spectrum published an open letter signed by several Adventists from southern Africa, including some academics, urging Wilson to investigate the situation. Wilson was on his way to Rwanda at the time to be part of a major evangelism campaign in that country, and went to South Africa last week to meet with the SID executive committee.

The SID includes Adventist denominational units in 17 nations with a total population of 182 million. There are 23,000 Adventist congregations with a total membership of about 3.5 million, and the denomination operates seven universities, colleges and seminaries in this region as well as ten hospitals. This is one of the fastest growing areas on the globe for the Adventist faith with an annual membership growth rate that has ranged from five to nine percent since the beginning of the 21st century.