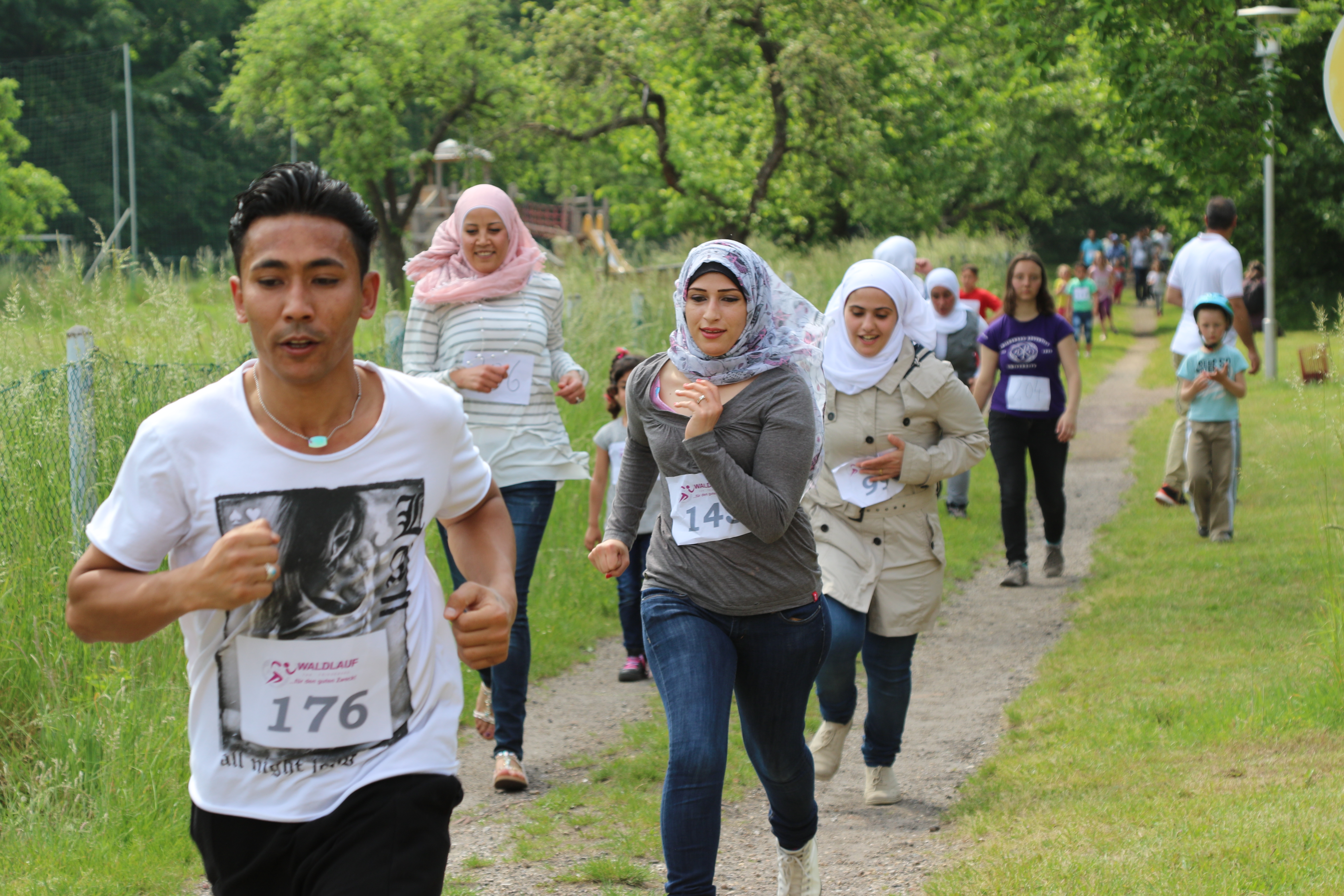 June 21, 2016:    Students and faculty at Friedensau Adventist University (FAU) in Germany have organized two recent events to reach out in compassion to the refugees arriving in their country from the war in the Middle East. A charity run raised funds for the Language Cafe in the nearby town of Burg where refugee adults and children learn German. A workshop for volunteers working to help refugees took place on the following Sunday (June 5) from 10 am to 5 pm.

Nearly 300 people participated in the run which was followed by a barbecue and picnic with music. Some 70 of the runners were a group of Syrian refugees who visited the university campus that afternoon. Most of the runners were local residents from Friedensau, Burg, Mockern and nearby villages.

The run began at 2 pm in the market square in old center of Friedensau and the course was laid out so that each lap was one kilometer. Donors were asked to pledge an amount per kilometer that their runner completed. Patrice Goumelou completed the longest run, a total of 20 laps.

“The participants were all highly motivated and enjoyed the event,” Samuel Kubesch, one of the key organizers, told Adventist Today. “When they passed through the marketplace, people cheered them on enthusiastically.”

About 50 people attended the workshop. Dr. Tobias Koch, the chancellor of FAU, welcomed the group and the morning was devoted to presentations by faculty, social workers and students to provide an understanding of the needs and an overview of volunteer work with refugees. Dr. Horst Rolly, dean of the school of social sciences, discussed a participative approach to the management and organization of successful work with refugees. Dr. Andreas Bochmann, lecturer in counseling in the school of social sciences, gave a presentation about the trauma experienced by refugees and its consequences. Simone Emmert, lecturer on law in the school of social sciences, explained the asylum procedure in Germany, outlining the legal steps involved in the application process for asylum seeker. Marco Knorr and Peter Bulengela, social workers and FAU students, spoke about intercultural competence in the context of work with refugees.

After the lunch break, the participants met in four groups they exchanged experiences and challenges from their work and developed new skills to cope with difficult situations. In a final session, it was agreed to continue with future events that will include presentations and interactive sessions to exchange experiences. Together for Refugees is an initiative of the Adventist Development and Relief Agency (ADRA) Germany, Adventist Welfare Work (AWW), FAU and the Seventh-day Adventist denomination in Germany.

The featured photograph with this article includes a shot of some of the 70 Syrian refugees who participated in the run for charity on May 29.