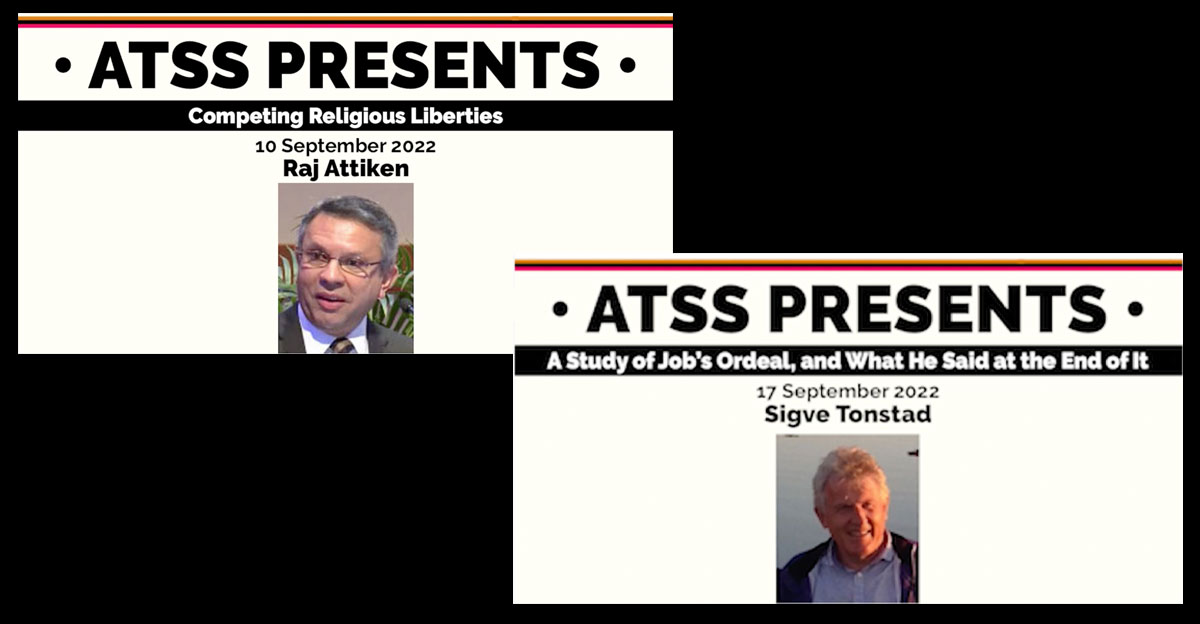 The following three ATSS PRESENTS recordings are now available on the AT YouTube channel.

In this Adventist Today Sabbath Seminar we examine religious liberty from an individualistic understanding of the right of conscience. We will also note why religious liberty cannot be embodied solely in the practice of lone individuals, because at its essence it is about relational commitments. It describes the freedom of a community to live in accordance with a moral vision shared among its members. We will examine the dilemma of competing religious liberty convictions – how the exercise of religious freedom by one person may infringe on the religious freedom of another. You will have opportunity to weigh in with your own perspectives and case studies.

The Book of Job is a book of revelations. The frame story and the poetic sections have many unexpected twists, but none greater than the ending. How can God say that Job has said what is right when, in God’s disclosure from the whirlwind, God seems to tell him that he was wrong? In this presentation I will focus on Job’s final speech, his response to God after God has spoken. What did Job say at the end of his ordeal if he did not say, ‘I despise myself, and I repent in dust and ashes?’ What is the revelation in this book of revelations?

Why do we get ill? Why do we die? Why are there earthquakes, floods, and pandemics? Adventists are often quick to answer: because of sin, Satan, and the fall. The Fundamental belief explains it all: “Human sin resulted in the distortion of the image of God in humanity, the disordering of the created world, and its eventual devastation at the time of the worldwide flood.” Yet this answer doesn’t match the nuance of the biblical narrative. A careful reader of the Bible and Revelation will notice a different narrative, just under the surface. A different side to the opponent—and to God!—where it’s not so easy to blame the devil, and God might have some things to answer for. Join us for an exploration of chaos and order, of the original creation and the new one. But, most importantly, an examination of the devil in the Bible and theology.