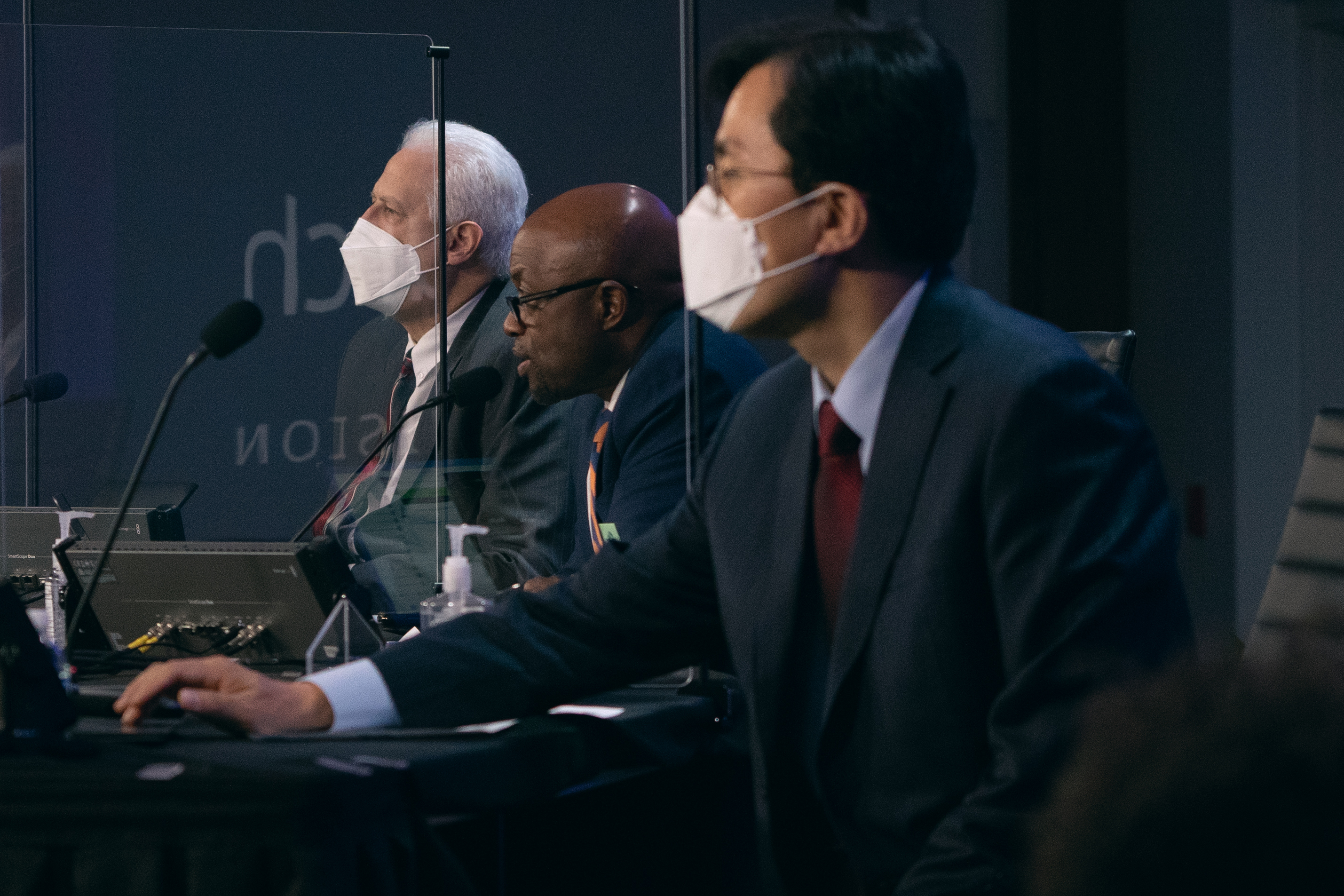 Policy amendments approved by the North American Division executive committee on Tuesday, November 3, included adjustments to the 2021-2022 budget. The actions ensure that employees throughout the division’s entities will not receive a Cost of Living Allowance (COLA) increase for 2021. Furthermore, there will be no seminary stipend increase or changes in travel reimbursements. The increases allotted in the 2021 budget are for hospital-plan pensions by 2.5 percent as directed by bylaws, and a 1.3 percent COLA increase for retirees in the division’s defined benefit plan — an increase that is consistent with U.S. Social Security Administration guidelines. In addition, as is typical, the Canadian pension plan will be reviewed later this month.

Executive committee members also approved another retirement-related policy amendment that increases the time allowed for moving allowance disbursement from five to 10 years for retirements occurring after December 31, 2020. This change gives retirees up to 10 years to decide where they would locate post-retirement. The reimbursement only applies to one physical relocation within the 10 years. The five-year relocation period still applies to employees who retire before the end of 2020.

Bonita Shields, NAD vice president for ministries, presented a report that was based on an action spearheaded by Diane Thurber, president of Christian Record Services for the Blind (CRS), during the 2019 Year-End Meeting to explore incentives to increase representation of people who are differently-abled. The committee created for this action included representation from CRS, the NAD Ministerial Association, and Disabilities Ministries.

According to a recent report by the Institute of Church Ministry, while conference administrators show a sympathetic attitude toward blind persons, there is a significant lack of employment for people with significant handicaps.

“We quickly realized that before we get to incentives, we first need to talk about awareness and education,” said Shields. “We begin by becoming aware of attitudinal and procedural barriers keeping all God’s children from serving.”

Secretariat has made additional resources available to aid in the education of ability-diversity, including a mini-documentary produced by Southern Adventist University and the NAD Communication Department a supplemental article by the Institute of Church Ministry, and an article from the November 2019 issue of Ministry Magazine, “Ministering to the disabled community by the local congregation.”

Furthermore, NAD Disabilities Ministries is working to have a module available through Adventist Learning Community in 2021 to further educational opportunities for administrators and pastors.

“Kibble was way ahead of us in terms how we can use big data and social media in a different kind of way. He pressed the administration to jump into that arena,” said Bryant. “We respect him as a man of God, but also as a friend, brother, colleague, and fellow solider in the Lord’s army. It’s been a delight to work shoulder-to-shoulder with Elder Kibble since I came to the division 12 years ago,” said Bryant.

Kibble spoke at the YEM, encouraging leaders to “Do your best to advance God’s kingdom and hasten the coming of the Lord.” He also expressed gratitude for the church and the people he’s worked alongside for decades.

“God does not call us to a job; he calls us to a life of service. The church has been that and much more to me,” said Kibble. “You all are my family, and I hold you to the highest esteem. It has been a wonder and privilege that God and the church have extended to me to serve for these 51 years and 3 months.”

NAD executive secretary Kyoshin Ahn updated the NAD executive committee on the progress of the writing committee that was formed on Thursday, October 29, to contextualize “One Humanity: A Human Relations Statement Addressing Racism, Casteism, Tribalism, and Ethnocentrism,” issued by the General Conference (GC) to better reflect the territory within the North American Division, as directed by GC leaders.

The committee was initially directed to have a draft ready to present to the executive committee before the end of the annual business meeting. According to Ahn, while the committee had gained momentum in the writing process, it was agreed that more time was required.

NAD leaders approved the committee’s request to extend time to complete the statement by February 2021.

Bryant brought the division’s annual business meeting to a close by drawing from the 2020 Year-End Meeting theme, “Come, Holy Spirit.” The theme is centered on the promise found in Luke 11:9, “Ask and it will be given to you; seek and you will find; knock and the door will be opened to you.” (NIV)

“God’s promise to us today is that if we ask, we will receive; if we go, he will be with us. With [our] efforts connected with Christ’s, we cannot fail,” said Bryant. “So, my brothers and sisters of the North American Division executive committee, let’s ask, and let’s go; knowing that God goes with us. And when God is with us, we cannot fail.”

He dedicated his final comments toward thanking the collaborative team who spent numerous weeks behind-the-scenes transforming the operations of the division’s annual business meeting into an interactive, virtual experience.

“I’d like to say how grateful I am to the secretariat team led by Kyoshin Ahn, our production team led by Nick Wolfer, our communication team led by Dan Weber, plus the Office of Volunteer Ministries and the Information Technology Services departments who worked together to pull this off,” said Bryant. “It went wonderfully, better than we ever could’ve thought. We owe them a debt of gratitude.”