Why I Take My Children to Church

Please welcome Nathan Nelson as a new columnist at Adventist Today. Nathan studied English and theater at Walla Walla University where he met his wife of 15 years who gave him two wonderful children. He makes a living programming computers for Nike, the sports shoe manufacturer. He grew up as an Adventist but is not sure how to classify himself these days, perhaps “a non-member, semi-reformed, not-quite-backslider.”

I haven’t always been thrilled with church. Truth be told, I’m still not. You’ve heard it all before: hypocrisy, fear-mongering, exclusivity, judgement. These are not uncommon criticisms coming from churchgoers from my generation and younger. They’re not uncommon from older generations, either—much older, like from as far back as Bible times. 1 Corinthians paints a picture of the early church that makes it clear these problems aren’t unique to the 21st century. Take a look at 1 Corinthians 1:11-16, 6:5-8 and 11:17-21.

My own story isn’t a unique one, either. As a teen, I didn’t really feel I had a place in my church. I didn’t see people around me willing to tackle the questions of how church, or even the Adventist faith in general, was relevant to my life in this modern high-tech, heavily science-driven society. When I asked hard questions, I got answers that seemed either glib or completely irrelevant. Worse, the people I found around me who seemed the most wise were the ones most heavily critical of my church, and at times even my faith.

Having graduated from a non-Christian high-school, where I routinely did not attend church, or even associate with church members much, it was a shock when one day I realized I belonged at an Adventist college. I enrolled at Walla Walla, met my future wife there, dropped out after two years, got married and started what I consider to be a pretty successful career in software development.

But despite getting back to an Adventist community, despite two years of reconnecting with my Adventist roots during college, and despite a promise to my wife that I’d never make her attend church alone, I found that the situation in my late 20s was largely the same as my teen years. I was still frustrated with the church, strong in my faith in God, but not really sure where the church fit in, and my wife and I were only attending sporadically and unenthusiastically.

Then life changed. I became a father.

Our attendance has not always gone smoothly. We’ve tried church multiple times, but even once the challenges of infancy and toddlerhood are in the past, it’s still hard to convince your kids to sit still through a service when you couldn’t care less about it yourself. And while we have friends and many acquaintances at church, (I even teach the adult Sabbath school periodically) there’s still that occasional but persistent feeling of being outsiders that’s hard to shake. There’s also the longer history of painfully failed small groups, friendships turned sour, offensively interfering elders/pastors, the ever-present coercion to contribute financially, and an inability by most pastoral staff to take a graceful ‘no’ for an answer.

In fact, having returned to church and attended regularly for the better part of a decade, I find that not much has changed. The church, largely, is the same dysfunctional mess I left behind in my teens.

But despite that, we’re still attending regularly. And oddly, this time around I don’t feel quite as disappointed. I’m not feeling so betrayed or disillusioned. I’m enjoying the people around me more, seeing the church from a slightly different perspective, and appreciating the whole host of alternate perspectives that the people around me share on a weekly basis.

I thought for a long time I’d gotten jaded, cynical, adopted a more fatalistic attitude, and was just doing a better job of rolling with the punches. And then, one week, as I sat in the park at the weekly church-picnic potluck, watching my kids playing with the horde of children all running amok, it dawned on me.

This is my home.

This is my church.

I really don’t want to be anywhere else.

Because for every painful memory I have of struggling with my spirituality during my teens and finding no guidance, I have other memories of smiles and laughter with my fellow Adventists on Sabbath afternoon. For every nonsensical minute-counting sunset wait we had as I itched for movie night to start, I have a memory of watching that sunset with a sense of awe and reverence, quickly forgotten though it may have been. For every gratuitous key change and un-harmonizable modulation the organists put us through during song service, I have a clear memory of the beautiful music I experienced on a regular basis. For every sporting event I couldn’t participate in on Sabbath, there came a day when I enjoyed the relief of knowing I wouldn’t be working the weekend.

While I have many fond memories of Sabbath afternoon potlucks with my family, Pathfinder outings, camp meetings, song service, and more music than I can remember, it’s not simply the fact that I have those happy memories that has brought me back. My childhood as an Adventist shaped my whole life. At my high-school, I faced questions from my friends about my faith, sometimes on a daily basis, that I found I couldn’t answer very well. But some days I could, and some days I got the response back from them: “Okay, maybe you Adventists aren’t totally strange.” When my choir at that non-Christian school was asked to come sing at the Sunnyside church as part of a tribute concert for Jester Hairston, the gospel songwriter, I was proud that my friends were going to get to see an Adventist church service… not because I thought they’d be inspired by it, (exactly the opposite, actually, though that’s another story) but because it was a part of my life, my history, my self that I got to share with them.

There’s been plenty of reason for me to leave the church behind forever. I’ve watched family friends be ostracized because of affairs they started as an escape from their abusive spouses, while the church welcomed their abusers. I’ve seen pastors tear congregations apart while they tried to hold their chaotic lives together, never once having their own needs met by the church family they were trying desperately to lead. And I’ve seen too many people walk away, while elders breathed a sigh of relief at not having to worry about how to deal with them any more.

But I’ve also seen that same church family come together when tragedy struck and keep families going with everything from food, to encouragement, to babysitting, to money as they grieved the loss of their fathers or mothers or children. I’ve heard the chorus of a congregation, during those rare moments when we all felt God’s presence, make a not only a joyful noise, but a beautiful one, singing in perfect acapella harmony, simply because we felt like praising God for a moment or two. And I’ve seen so many people walk in the doors on Sabbath and have their tension melt away, because for just a few hours, they knew they were in a place of safety.

I couldn’t leave those experiences, those images behind me if I wanted to. And I don’t want to. They’re a part of who I am. Grillers, Haystacks, Sunset, Vespers… they may be cliches, but they belong to me. I am an Adventist. I am many other things, too, but that one fact has shaped my life in more ways than I can count. I treasure all those experiences that made me a part of who I am, even the bad ones.

And I want them to belong to my kids, too.

That, at the core of it, is why I bring my kids to church. You see, they they have to start somewhere. A friend of mine once said “I don’t want my kids to be indoctrinated” as a rationale for not attending church. But the fact is, our kids get indoctrinated with something, no matter how you raise them. They have to start somewhere. And as they grow up, they stretch, they learn, they question, they rebel. Regardless of where they start, they go through those same stages, just as I did, just as my friends did, just as my parents and their parents did.

But they started somewhere.

Wherever their journey takes them, they’ll always remember that place they started from. They may go a different way than I. I hope they do, in fact. I want to raise kids that are smarter and wiser than I, who can think for themselves, be independent and wise on their own. But I have no guarantee that someday they won’t be yet another in the growing mass of people leaving the church. Perhaps they won’t get the answers they need to their questions, and their disillusionment will overcome their upbringing.

I kind of doubt that’ll happen. I’ve worked hard to answer their questions honestly, to give them a healthy and positive picture of God, but so have many other parents throughout the ages. My best efforts are no guarantee they’ll stay with the church.

But if they don’t, they’ll still always know where they came from. They may hate their history, their roots, their origins, their Adventist upbringing. But I know one thing for sure… 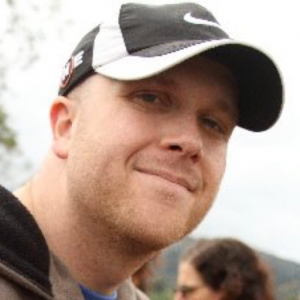