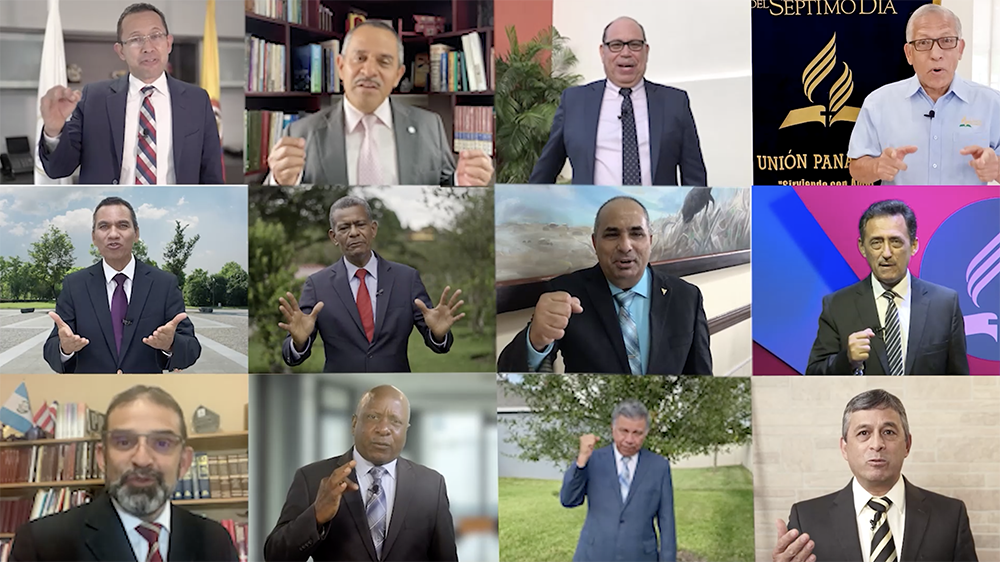 The Inter-American Division of Seventh-day Adventists (IAD) recently had its 2021 Year-End business meetings, Oct. 31, 2021 – Nov. 4, 2021, but it started them with a party: the church in Inter-America was established officially in 1922 and is celebrating 100 years of existence.

From nearly 8,000 church members in 1922, the church in Inter-America has grown to more than 3 million members today. Its territory covers Mexico, Central America, the Caribbean, French Antilles, Venezuela, and Colombia;  geographically, it is the North America Division’s (NAD) next-door neighbor.

The IAD operates hundreds of schools and universities, hospitals and clinics, ADRA offices and more.

(Photo: A group of top union administrators from the IAD are seen in a photo taken during the IAD centennial celebration on Oct. 30, 2021. Photo via IAD)