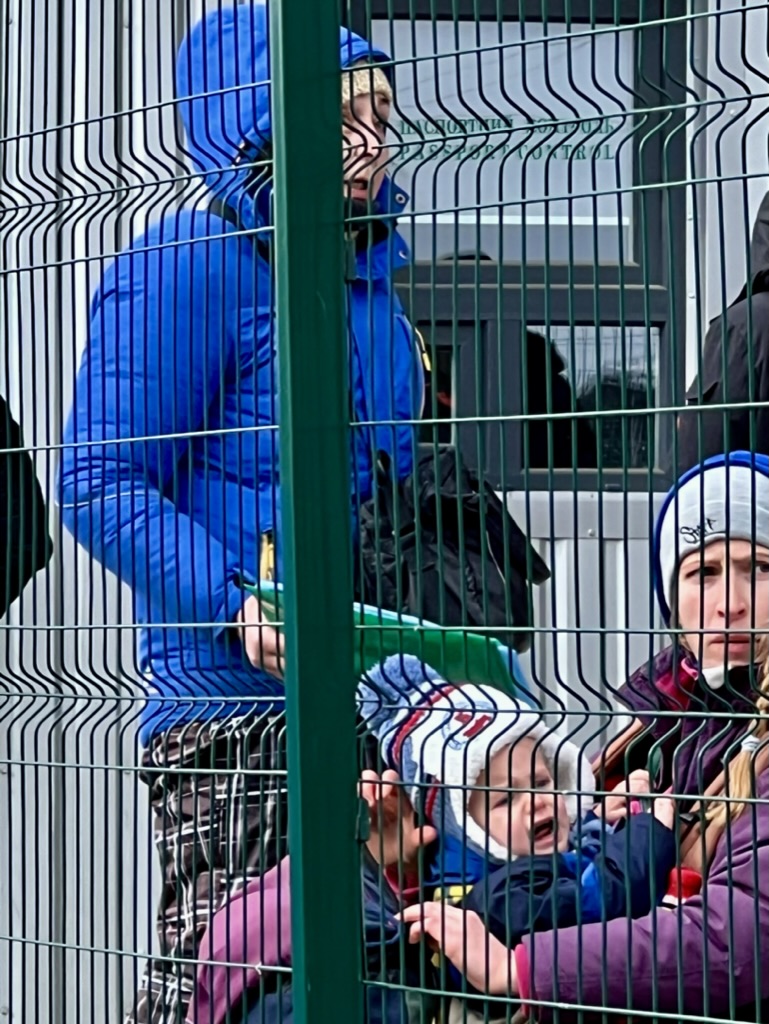 20 June 2022 | Today marks World Refugee Day, an international day designated by the United Nations to honor refugees around the globe. Refugees are people who have been forcibly displaced from their home country due to persecution, war, or violence.

The United Nations High Commissioner for Refugees (UNHCR) reported that the number of forcibly displaced people around the world now stands at more than 100 million. The Ukraine conflict, which caused the fastest and one of the largest forced displacement crises since World War II, as well as emergencies in Africa, Afghanistan, and elsewhere, pushed displacements to an all-time high, according to the Adventist Development and Relief Agency (ADRA).

“ADRA International salutes the courage and resilience of the millions of moms, young children, fathers, elderly people, and individuals forced to flee their homes to escape conflict or persecution,” said Michael Kruger, president of ADRA International. “We recognize the generosity and humanity of host communities and countries, which frequently struggle with their own economies and security.”


Kruger called on people to observe World Refugee Day “to instill empathy and devotion for helping vulnerable families to rebuild their lives.”

Children make up half of all refugees from the conflict in Ukraine, according to UNICEF and UNHCR. As of March 2022, two million children had been forced to flee Ukraine.

UNICEF estimated that more than 2.5 million children have been internally displaced within Ukraine, meaning they have had to leave their homes due to persecution, war, or violence but remain within their own country.

Igor V. Tymko, director of Youth Ministries for the Bukovinskay Conference in Ukraine, said the Adventist camp in Ukraine shelters 139 orphans from the Nikolaev area.

Camp leaders are planning on constructing playing fields for the children “to reduce the time children spend on the phone.” There are other difficulties, of course, like having adequate supplies of healthy foods and qualified personnel to work with the children.

Recently, Russian Children’s Rights Commissioner Maria Lvova-Belova has been accused by Ukraine of organizing the capture of more than 2,000 children, taking them violently from the Luhansk and Donetsk regions, and orchestrating a new policy to facilitate their forced adoptions in Russia, reported The Guardian.

Less than 1% of all refugees are ever able to resettle and start a new life in safety and security, ADRA reported.

ADRA’s Director of Advocacy Herma Percy said that from 2017 to 2020, the United States’ refugee admissions fell by 86 percent, reaching an all-time low in the fiscal year 2021.

“The drastic cuts designed to narrow the categories of refugees eligible for protection in the United States deter vulnerable people from crossing our borders,” Percy said.

Percy suggested the U.S. should provide permanent protection for newly arrived Ukrainian and Afghan refugees who, due to their humanitarian parole status, are unable to access full services or have a pathway to permanent residency, leaving them vulnerable to deportation once their two-year parole period expires.

She also suggested raising the cap of refugees to 125,000 at a minimum in the U.S., in addition to the humanitarian parole intake numbers. Percy recommended that funding should also be provided to non-governmental organizations (NGOs) and on-the-ground workers to ensure the scale-up can be achieved and even exceeded.