Leaving Behind the Institutional Baggage that Separates Us from Jesus

Few will be surprised to hear me say that there is a tendency to inflexibility and rigidity in the Seventh-day Adventist Church. The church “froze” in the 20th century, and is finding it difficult to adapt to the 21st.

A false identity took hold: that what defines us is the 28 Fundamental Beliefs, that we are the only true church of the end times, and that our corporate structure is the center of what it means to be a church.

What should define our identity is whether Christ dwells in our hearts, so that we may reflect his character and the fruits of the Spirit in our minds, emotions, and feelings.

Now the 21st century church faces, all at the same time, a pandemic, a technological revolution, LGBTQ+ acceptance, and various racial affirmation/liberation movements.

But the baggage we carry hinders us from managing the challenges of a postmodern world. The church, especially in the West, is eroding: teens and young adults leaving, and/or openly declaring themselves atheists or agnostics.

What is this baggage that is weighing us down?

The Adventist identity evolved and changed in the early days of the church, but in the 20th century it ceased being flexible or innovative. Without flexibility we cannot break out of the constraints of our old institutional structure in order to follow a dynamic Christ who is trying to lead us. Without flexibility we cannot leave behind the old self, the old beliefs, and the comforts of familiar old ways.

This, it seems to me, is precisely what our pioneers meant when they warned about Laodicean conformism. Today God may be directing us into new and righteous paths, but we aren’t seeing them.

The Bible shows that God often must break our pride to make us flexible and susceptible to change. He did it with Abraham, Moses, Jacob, David, and Peter. They had to put aside pride, wealth, comfort, and power. God is constantly seeking transformation and restoration for those who follow him. He is a flexible God. He sent his son to vindicate his character, and to free his people from the old rigid religious structures.

This he demonstrated in his interaction with the Pharisees, who represented rigidity and the comfort of familiar rules and beliefs. Jesus started a movement to renew the religious structures created by his own prideful countrymen. The institution resisted—and the result was Jesus’ martyrdom.

Today, in a postmodern world, our identity, reinforced by the 28 Fundamental Beliefs, creates a pride that does not allow us to grow in the will of Christ. Are we repeating the errors of the Pharisees?

Here is an expression that has spread through Facebook: “I am proud to be a Seventh-day Adventist!” While one should be appreciative of one’s group, it has seemed to me that expression can also disguise a feeling of moral superiority. Appreciation is one thing. Pride, however, can be dangerous. Humble people are closer to the heart of God.

Many Adventists speak of us as “the church of the end times.” Yet be aware that early Adventist commentators thought that the characteristic of that end-time church is to be Laodicean: spiritually ambivalent, inconsistent, and possibly self-deluded with the belief that we know God’s will.

In comparison to other communities of faith, we presume that we are the church with “the truth,” and we feel proud and superior to them. That baggage separates us from other denominations. Yet those other churches will be part of the final events that the Bible speaks of in Revelation 14:1, for there it is said that those who will have the seal are those who have the name of Jesus and his Father on their foreheads. It doesn’t say that this must be the Adventist Church, or those who believe in the 28 Fundamental Beliefs of the Church.

If Adventism wants to be part of that final movement, we must be behaviorally transformed to be more like the churches of Smyrna or Philadelphia.

The church is no longer a movement. It is a corporation. Its leaders, particularly those of the General Conference and the presidents of the conferences and union conferences, are consumed with the managerial aspects of the church, and sometimes seem to use spiritual concepts like repentance only in the service of keeping people enthused.

There can be no revival and reform in an ecclesiastical corporation that is focused primarily on self-perpetuation: providing employment, receiving salaries, “capturing” tithes and offerings, and maintaining the privileges of male and patriarchal leadership.

The ethical conflict is evident. To maintain the structure, the church refuses to transform itself in accordance with what postmodernism demands. The failure to allow ordination of women and the justifications for not doing so illustrate how far we have gone in building a corporation separate from the heart of Christ.

During the pandemic the leaders of the Inter-American Division (Mexico, Central America, Colombia, Venezuela, the Caribbean islands, Guyana, French Guiana, and Suriname) appeared to be more concerned about the pensions of retired pastors and/or declining tithes and offerings than in the development of a postmodern evangelism. A campaign titled “Prospering in Everything” was even implemented, which explicitly and implicitly emphasized the payment of tithes and offerings.

On November 14, 2020, treasurer Filiberto Verduzco, in a meeting of the executive committee of the Inter-American division, stated:

“The uncertainty, the risk and not knowing when and how much income will be received is part of the new normal, the new reality that we must learn to operate in. It will be necessary to build a financial platform more in line with the new reality and more sensitive to the challenges of the next five years.”

Pensions and salaries are important, but they aren’t the only important thing. Has money become the main driver of our mission and ethics?

Democratic centralism is how the church is now run. Decisions of the General Conference Session, its Executive Committee, and the divisions get presented as mandatory and binding. Going against them is seen as an affront to the ecclesiastical hierarchy and a violation of pastoral discipline. The General Conference (GC) is terrified of factionalism, of any field making its own decisions.

A feature of democratic centralism is controlling the flow of information. The information about the decisions of the last GC session in 2015 were never disclosed in the local churches of Puerto Rico. Even pastors and delegates to the session remained silent regarding the votes and discussion there in regard to the ordination of women. Shouldn’t transparency be a fundamental aspect of a democratic organization?

In Puerto Rico there have recently been several murders of women, explicitly identified as gender-based. The Puerto Rican Union has not officially expressed itself publicly on the matter. However, the leadership of the Union did appear before the Senate of Puerto Rico to express its position in regard to conversion therapies for homosexuals!

The General Conference has a hegemonic structure against the ordination of women as pastors and giving them all the rights, responsibilities and privileges of male pastors. It is one of the walls of corporatism that I believe God is trying to tear down, and there is a lot of fear among the male leadership.

Opposing the ordination of women contradicts the way Jesus showed respect for women in his ministry, as well as what Paul says in Galatians 3:28: “There is neither Jew nor Greek, there is neither bond nor free, there is neither male nor female: for you are all one in Christ Jesus.” Making distinctions between the male pastor and the female pastor is discriminatory, and that burden must be eliminated.

That is why I am sympathetic to the vote of the Northern German Union to ordain women and men equally to the pastoral ministry.

Jesus is the authority of the church. The president of the General Conference is not. Neither is an institutionalized and hegemonic legalist-fundamentalist majority. Punishments and sanctions of those who follow Jesus Christ, who challenge distorted interpretations that go against the truths of Jesus, are simply wrong.

If, with the favor of the Holy Spirit, we reflect the heart of God, the character of love of his son Jesus Christ and the interpretation of the Holy Spirit, accompanied by repentance and the rupture of what does not allow us to mature or grow spiritually, we will fulfill God’s purpose and will on earth. To move into the 21st century we must leave behind the institutional baggage that separates us from Jesus. 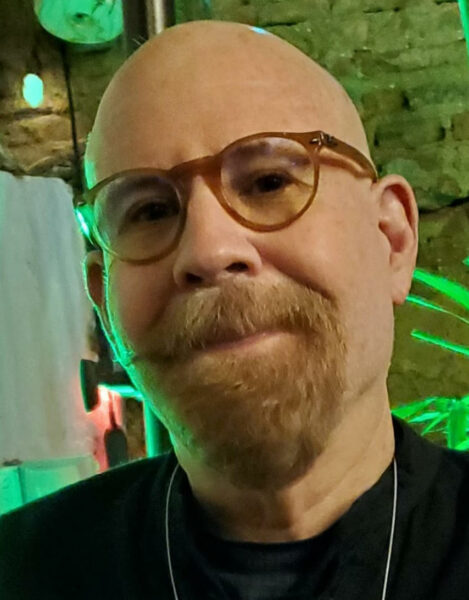 Edison Garcia-Creitoff taught ethics and communication in universities in Puerto Rico. He is a social worker, conflict mediator, attorney and lay chaplain who considers himself a progressive and postmodern Adventist.