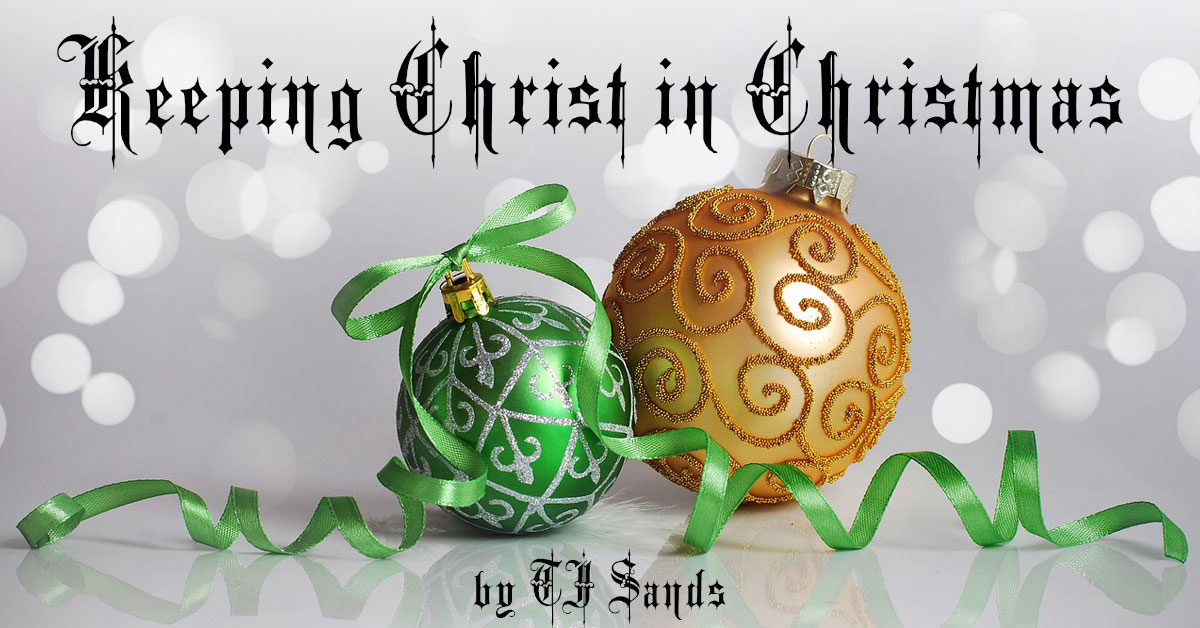 Within the Seventh-day Adventist church there has been much emphasis placed on the concept of spiritual war. War started in heaven between Christ and Satan, and now that war has moved to this earth. That is the root of the Great Controversy theme.

Over the last number of years there has been much talk of a new war. Within Christianity, especially here in America, there is a “war on Christmas.”

Christians celebrate Christmas on December 25 (though most of us know that is not the historical date for Jesus’ birth). Christmas has come under both secular and religious attack dating back to the earliest days of its observance. The 17th-century Puritans made laws forbidding the celebration of Christmas. During the French Revolution Christmas religious services were banned. The Soviet Union, with its doctrine of state atheism, also prohibited public Christmas celebrations.

Our modern-day controversies occur mainly in the United States, Canada and the United Kingdom. To be more politically correct, many have made the switch from saying “Merry Christmas” to “Happy Holidays.” If businesses support Christmas, they are labeled as zealots. If businesses try to be more sensitive to America’s multicultural makeup, they are accused of trying to “take Christ out of Christmas.” The constant back and forth, damned if you do, damned if you don’t mentality makes my eyes roll. Am I alone on this?

Sometimes I wonder if we haven’t gotten lost in the details. Have we majored so long in the minors that we are missing the true point of Christmas? Have we let our Christian martyr complex get so out of hand that our arguments and anger are no longer based in reality?

In preaching I often point out the importance of understanding context and history while reading and interpreting the Bible. I believe this principle carries over into many aspects of life. For instance, has seeing someone write out “Xmas” instead of “Christmas” ever angered you? If it doesn’t bother you, I’m sure you at least know someone who is bothered by it. There is a myth that stating “Xmas” is the non-religious version of “Christmas” and the only reason people use the abbreviation is to remove Christ from the holiday. A little history and context can go a long way in this matter.

The New Testament was written in Koine Greek. Within this language there is a letter called “chi.” This letter makes the “ch” sound as in the Scottish word “loch” or the musical composer “Bach.” The uppercase form of this letter looks exactly like the English letter “X.” The name “Christ” in Koine Greek is “Christos.” When written with Koine Greek letters it looks like his name starts with the English letter “X.” Religious scribes used their hands to write on scrolls with ink. In order to save time, parchment and ink, the scribes started a practice of replacing proper names with the first letter. The practice of using “X” (which is the Koine Greek letter “chi,” though it looks like the English letter “X”) in place of Christ’s name has been used by religious scholars for about 1000 years. Here we see that “Xmas” and “Christmas” are equivalent in every respect except their lettering. I give this illustration to show that sometimes our anger on certain issues is unfounded and many times is based on our ignorance of history, culture and language.

It is my personal conviction that far too often we go on the defensive when we should be going on the offensive. Instead of trying to defend and break down all of the things we see as an attack on Christmas, why not try to lift up and shed light on the things we believe truly bring the spirit of Christmas?

How can we help bring the focus of Christmas back to Christ? I believe the best way we can keep Christ in Christmas is to follow what He taught (easier said than done, I know). Be the change you want to see! What are some things that we can do this holiday season in accordance with the teachings of Jesus?

Offer help to those in need (Matthew 25:35). What that looks like may be very different for you or me. You could give food to that homeless person on the side of the road (or better yet sit down and eat with them). You could volunteer your time in a soup kitchen or homeless shelter. You could donate toys for children without. One practice that I have started is buying fast food restaurant gift cards and keeping them in my glove box for easy distribution to those in need. What else could we do that is in line with Jesus’ teaching?

Extend forgiveness, love your enemies, and stop judging and condemning others (Matthew 6:14-15; Luke 6:37; John 8:7). Is there someone in your life who has wronged you? It doesn’t matter if they are family, friend or co-worker… forgive them (maybe take it one step further and tell them that you forgive them). Is there anyone in your life that you would consider your enemy? Maybe that individual from work who is always stealing your ideas. Maybe there is someone who holds political views on the opposite extreme from yours and every time you talk you get into a fight. It matters not who the person is. Pray to God for strength, focus and love.

Treat your enemy as if you love them. Do nice things for them. Meet evil with good and it will be like pouring hot coals upon their head (this is an illustration from Proverbs, not an instruction for torture). Do you get caught up trying to point out all of the wrongs in other people’s lives? Do you judge or condemn people for not being enough like Jesus or, God forbid, not being enough like you? Take this as an opportunity to be introspective. The closer we move towards Jesus, the more we realize how much we need Him and the more empathy we should have for others. Worry about the log in your own eye.

What Did Jesus Do?

Who did Jesus reach out to? He reached out to children (Matthew 19:13-15), women (Luke 7, Mark 5, John 4), tax collectors (Mark 2:13-17), demon-possessed men (Mark 5) and sinners (Mark 2:15). What would this look like if we started applying this principle to our lives? We would reach out to the outcast in our society. We would welcome those who are looked down upon. Is your church a safe place for sinners? Is your friendship available for the outcasts? Jesus’ love is available for everyone. Let’s start living out our Christianity as if we believe it.

In Matthew 5:16, Jesus said, “Let your light so shine before men, that they may see your good works and glorify your Father in heaven.” I submit to you that it is time to stop fighting against the darkness and instead, embrace the light. Many of us spend so much time fighting against what we perceive as wrong or sinful that we forget to fight for the things that are beautiful and godly.

What will you do to uplift Christ this holiday season? Will you offer to help those in need? Will you extend forgiveness to someone who has wronged you? Will you choose to love an enemy? Will you stop condemning and judging others? Will you reach out and welcome the outcast? Will you stop fighting against the darkness so much and instead, choose to allow the light of Christ to push the darkness out? These are all ways for individuals to do their part to keep Christ in Christmas and to, hopefully, build good habits for the future. Let’s take the “war” out of the holiday season and replace it with the tender love of Christ.

Do you believe that Jesus is the “reason for the season”? Prove it.

TJ Sands is a pastor in the Oklahoma Conference. He and his wife Sarah live in beautiful Edmond, OK.