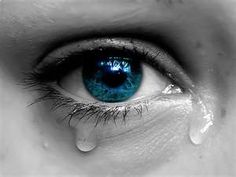 I take comfort that 40% of the General Conference delegates understood God’s plan for Adventism’s tomorrow.  But I weep with Jesus over the little children, youth, and adults of the female gender hindered and disrespected by 60% of those delegates refusing to respect women as equal servants of God.  I stand beside Jesus looking over the city of his church, his girl bride, and as I note his tears, these texts come to my heart.

Then He also said to the crowd, “Whenever you see a cloud rising out of the west, immediately you say, ‘A shower is coming’: and so it is.  And when you see the south wind blow, you say, ‘There will be hot weather’: and there is.  Hypocrites!  You can discern the face of the sky and of the earth, but how is it you do not discern this time?”[ii]

“Certain women of our company who arrived at the tomb early, astonished us…they came saying that they had also seen a vision of angels who said He was alive.  And certain of those who were with us went to the tomb and found it just as the women had said: but Him they did not see.”  Then (Jesus) said to them, “O foolish ones, and slow of heart to believe all that the prophets have spoken!”[iii]

And at this point his disciples came, and they marveled that he talked with a woman; yet no one said, “What do you seek? Or “why are you talking with her?”

Now Jesus turned to address his disciples, along with the crowd that had gathered with them.  “The religious scholars and Pharisees are competent teachers in God’s Law.  You won’t go wrong in following their teachings on Moses.  But be careful about following them.  They talk a good line, but they don’t live it….They love to sit at the head table at church dinners, basking in the most prominent positions, preening in the radiance of public flattery, receiving honorary degrees, and getting called ‘Doctor’ and ‘Reverend.’  Don’t let people do that to you, put you on a pedestal like that…Don’t set people up as experts over your life, letting them tell you what to do.  Save that authority for God; let him tell you what to do.”[iv]

And he spoke a parable to them: “Can the blind lead the blind?  Will they not both fall into the ditch?”[v]

And the Lord said, “To what then shall I liken the men of this generation, and what are they like?  They are like children sitting in the marketplace and calling to one another…”[vi]

Now John answered and said, “Master we saw someone casting out demons in your name, and we forbade him because he does not follow with us.”  But Jesus said to him, “Do not forbid for who is not against us is on our side.”[vii]

Then one said to him, “Look, your mother and your brothers are standing outside, seeking to speak with you.”  But (Jesus) answered and said to the one who told him, “Who is my mother and who are my brothers?”  And He stretched out his hand toward his disciples and said, “Here are my mother and my brothers!  For whoever does the will of my Father in heaven is my brother and sister and mother.”

The angel answered and said to the women, “Do not be afraid, for I know that you seek Jesus…go quickly and tell His disciples that He is risen from the dead….And as they went to tell his disciples, behold, Jesus met them, saying, Rejoice!:  So they came and held him by the feet and worshiped him.  Then Jesus said to them, “Do not be afraid, go and tell my brethren…”[viii]

(Jesus) said to them, “Why do you trouble the woman? For she has done a good work for me…Assuredly, I say to you, wherever this gospel is preached in the whole world, what this woman has done will also be told as a memorial to her.”[ix]

When Jesus had raised himself up and saw no one but the woman, He said to her, “Woman, where are those accusers of yours?   Has no one condemned you?”  She said, “No one, Lord.”  And Jesus said to her, “Neither do I condemn you; go and sin no more….I am the light of the world.  He who follows me shall not walk in darkness, but have the light of life.”[x]

And I heard, as it were, the voice of a great multitude, as the sound of many waters and as the sound of mighty thunderings, saying, “Alleluia!  For the Lord God Omnipotent reigns!  Let us be glad and rejoice and give him glory, for the marriage of the Lamb has come, and his wife has made herself ready.”  And to her it was granted to be arrayed in fine linen, clean and bright, for the fine linen is the righteous acts of the saints.[xi]

Then I John saw the holy city, New Jerusalem, coming down out of heaven from God, prepared as a bride adorned for her husband.[xii]

Blessed are those who do his commandments, that they may have the right to the tree of life, and may enter through the gates into the city…I, Jesus have sent my angel to testify to you these things in the churches…And the Spirit and the bride say, Come!…Whoever desires, let him take the water of life freely.”[xiii]

O (Adventism) (Adventism), the one who (ignores) the prophet and (stone-walls) those who are sent to her!  How often I wanted to gather your children together as a hen gathers her brood under her wings, but you were not willing!  Behold, your house is left to you desolate…”[xvi]

Tell the daughter of Zion, behold your King is coming to you, lowly, and sitting on a donkey, a colt the foal of a donkey.”[xvii]

But when the chief priests and scribes saw the wonderful things that He did, and the (male and female) children crying out in the temple saying, “Hosanna to the Son of David!” they were indignant and said to Him, “Do you hear what these are saying?”[xviii]

“Teacher, rebuke your disciples,” but he answered and said to them, “I tell you that if these (male and female children) should keep silent, the stones would immediately cry out.”  Now as He drew near, He saw the (city of his church) and wept over it, saying, “If you had known, even you, especially in this your day, the things that make for your peace!  But now they are hidden from your eyes…[xix]

“Because seeing, they see not, and hearing, they hear not, neither do they understand.”[xx]

“Father, forgive them, for they know not what they do.”[xxi]

“But they…acted proudly, hardened their necks, and did not heed your commandments.  They refused to obey and they were not mindful of your wonders that you did among them, but they hardened their necks, and in their rebellion they appointed a leader to return to their bondage.  But you are God ready to pardon, gracious and merciful, slow to anger, abundant in kindness and did not forsake them.”[xxii]

(Texts after the New King James unless noted. Emphasis in bold mine.  Parenthesis show a comment.)

Comments not necessary.
Weep and pray for our girls and women called to ministry,
and for sincere repentance for those of us hindering them.

Vote on Ordination: Majority Says “No” to Women as Adventist Ministers The Story Behind the Parade of Wilson Referrals: The Nomination Day Surprise