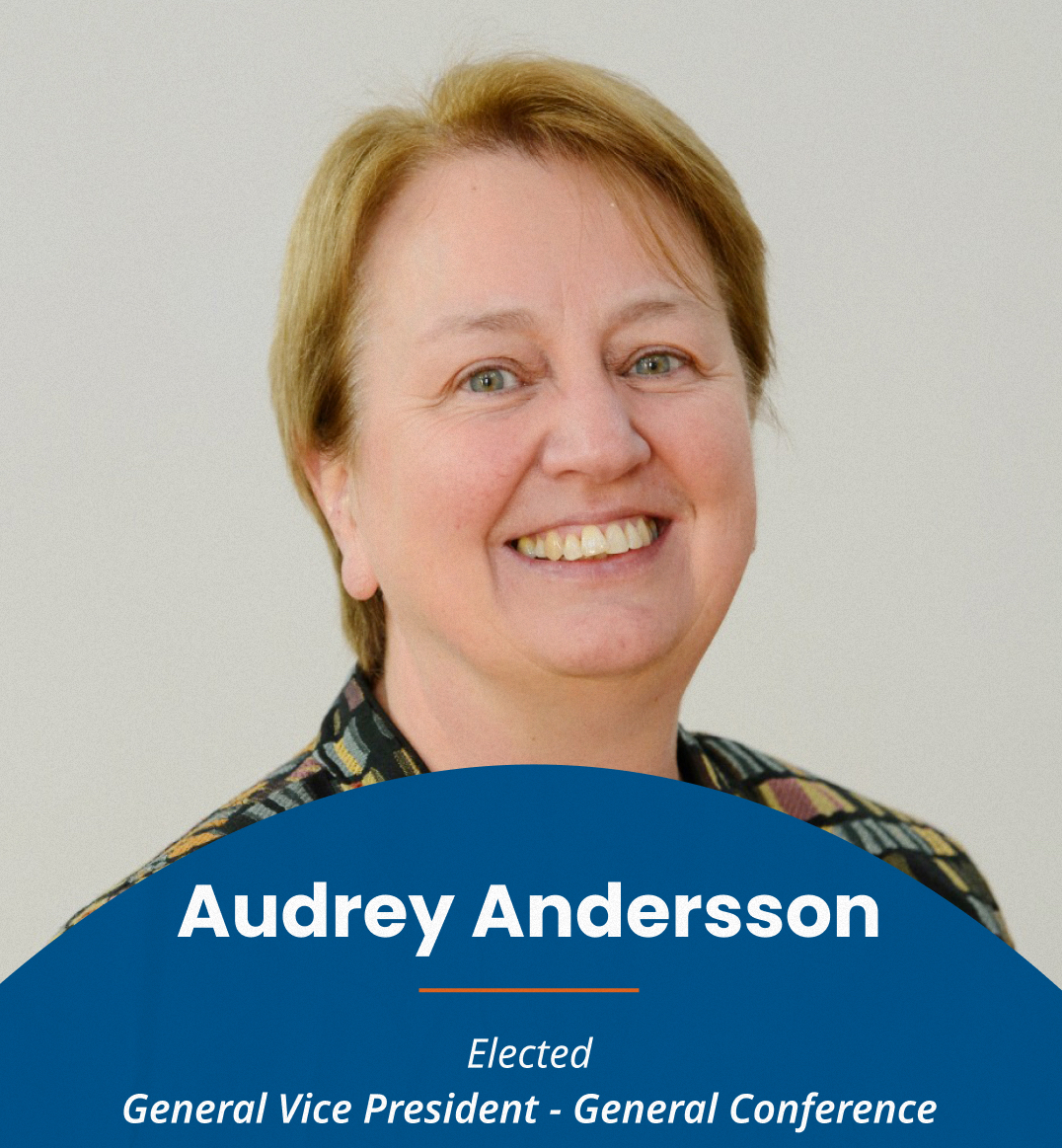 16 June 2022 | Even with the election of Audrey Andersson as a General Conference (GC) vice-president, there are now zero women in the top three leadership positions (president, secretary, and treasurer) in the Adventist Church’s 13 world divisions.

Divisions are seen as the second-highest level of governance in the Adventist Church; only the GC is higher.

Before becoming a GC vice president, Andersson was the executive secretary of the Trans-European Division—“the only woman who has ever held that position in any division throughout the General Conference,” reported the Adventist Review.


Currently, Andersson is the only female GC vice president. Ella Simmons, the first-ever female general vice president of the GC, retired this year.

The president, secretary, and treasurer of the GC, the highest governing body in the Adventist Church, are all male.

However, according to the Church’s own statistics, women far outnumber men in the Adventist Church (female 57%, male 43%).

Strong opposition to women in leadership positions has been in the Adventist Church for a while, despite the Church having been co-founded by a woman, Ellen G. White.

In 2015, delegates at the General Conference of Seventh-day Adventists session voted against allowing regions to decide whether or not to ordain women as pastors in their regions. The result of this vote was the continuation of church policy that restricted pastoral ordination to men only. Typically, senior leadership positions in the church require ordination credentials, which meant that women were effectively barred from holding those positions.

At this year’s GC Session, delegates debated again about women’s ordination, particularly as it pertained to female elders and allowing women to be conference presidents.

A recommendation to amend a passage in the Church Manual’s “Ordination of Elders” section to feature more gender-neutral wording (thus acknowledging the ordination of female elders) was passed with an overwhelming majority (76% voted yes).

However, a controversial Church Manual amendment titled “Pastor and Other Church Employees,” which several decried because it included only male pronouns in the conference president description, went undecided and was tabled until the next GC Session in 2025.

Critics of women’s ordination often cite it as unbiblical, and male headship theology has been on the rise.

However, Priscilla Walters, treasurer for the Association of Adventist Women, said in an email to Adventist Today, “What would Jesus do? Would he have a bias against women in ministry? He addressed this issue by having a Samaritan woman be the first evangelist outside of Judaism. He had women proclaim the good news of the resurrection.”

Many believe that most opposition to female leadership comes from members in the Global South (Africa, Asia, and South America), a region which is seen as having mostly cultural, patriarchal societies. Notably, the Global South has become the home to the majority of Adventists in the world, according to a scholarly paper by Christopher R. Mwashinga.

Indeed, when Adventist Today asked about a woman listed as part of the pastoral team of a church in Brazil, a representative said she was “not recognized as a pastor. There is no such recognition in the South American Division.”

The Crookston Seventh-day Adventist Church in Minnesota, U.S., recently pushed back against the Mid-America Union Conference (MAUC) decision to approve and recognize the ordination of women within its territory.

“The Crookston Seventh-day Adventist Church shall not recognize the ordination of women to the gospel ministry, nor recognize a woman conference president before a General Conference Session decides to do so, regardless of whatever any lower entity votes. We request the Minnesota Conference to take the same or similar action,” the church wrote.

The MAUC is part of the North American Division (NAD), which in 2013 affirmed “the conclusion that all people, men and women, may receive ordination as an affirmation of the call of God.”

However, Nerida Taylor Bates, president of the Association of Adventist Women, told Adventist Today in email correspondence that it is difficult to get adequate, and accurate, recognition of women in church leadership positions, even in divisions that look upon women’s ordination favorably.

Still, Bates said in a Spectrum article that the Adventist Church has female pastors or theologians in every division. By her count, there are 4,000 female pastors worldwide.

So even with opposition to women in leadership roles, Bates told AT, “Our position is that women are already leading to the point that there is no turning back.”