It Is Written Wins Awards for Programs on Miscarriage and Racism 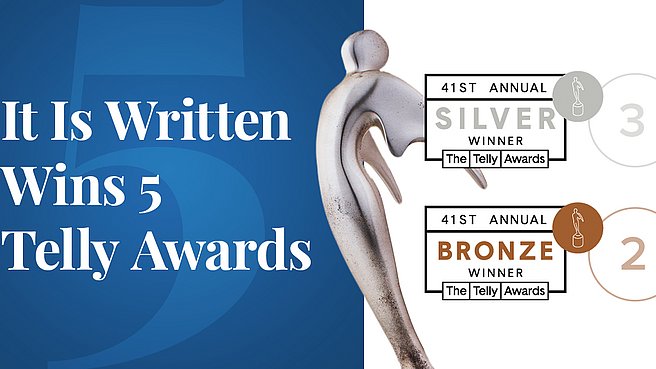 According to its website, Telly Awards celebrates “excellence in video and television across all screens.” The awards have been given out for over 40 years.

In May, It Is Written programs, “Innocents Lost” and “The Scottsboro Nine” won the awards.

“Innocents Lost” features an interview with a mother who has experienced a miscarriage, as well as with a doctor who has worked with parents grieving this kind of loss.

It won one bronze Telly Award.

“The Scottsboro Nine” was awarded three silvers and a bronze. It handles the story of nine young men being found guilty in Scottsboro, Alabama, of a crime they didn’t commit, based on the color of their skin.

“Our focus is to proclaim the love and hope of Jesus throughout the world,” said It Is Written host John Bradshaw. “Sometimes that takes us into painful places, but that’s where Jesus went. Right now, when our country and world are reeling from a pandemic and social unrest, messages like ‘Innocents Lost’ and ‘The Scottsboro Nine,’ along with our other programs, speak not only to the human condition but also to the peace and hope available through faith in Jesus Christ.”

You can watch “Innocents Lost” and “The Scottsboro Nine,”  on It Is Written TV, available 24/7, and on YouTube, Roku, Amazon Fire, Google Play, Apple TV, and through the It Is Written mobile app.

Image credit: It Is Written