I am 79 years old, and I have experienced an awakening these past few weeks that has surprised me.

I, like millions of others around the world, watched the 8-minute-and-46-second killing of a black man. I watched the other policemen standing by and doing nothing to stop the policeman who was killing the black man. Almost nine minutes is a long time. As I watched, I was reminded of the days when black men were lynched on trees in the South. How long did it take for a man hanging from a tree to die? This awakened me.

I was raised in the South in a financially deprived family. In our little home, we had no running water. We had an outdoor toilet, and took a bath in a galvanized washtub. Yet as I watched this modern day lynching, I came to realize that, though poor, I was raised a privileged kid because of my color. We had very little money, but as a white boy, I was allowed to walk or ride my bike anywhere, ramble through stores, run down streets (day or night), or just hang out on a corner without being questioned about what I was doing or what I was up to.

My daddy was a southern Democrat who believed in segregation and paid his annual two-dollar poll tax in order to vote. The poll tax was designed to keep the poor blacks, who couldn’t afford the two dollars, from being able to vote. When I became a teen-ager I never had a thought while driving my car that I might be pulled over by the police without a cause. I was stopped a couple of times for speeding, but the police always let me go without a ticket.

I said I had an awakening. I am not naïve; I am educated beyond what I could have ever dreamed of when I was young. I had a successful career of teaching college classes, which included black students as well as white students and other minorities. I always showed respect to all my students. Yet I have been made aware this past two weeks while watching the news of the protests that I was just now, after all these years, starting to partially realize what it must be like to be a black child, a black teenager, or a black man who is always looking over his shoulder to try and stay safe.

I watched as black mothers shared stories of how they plead with their children, especially boys, to try not to ever get in a confrontation with the law. Our white mamas did not have to warn us each time we left the house to “watch your manners out there.” I listened to black men who had “made it” in the world tell of being stopped while driving for no good reason other than being black. I listened to things that I had heard before, but it had never hit me like it has during in this current crisis.

When I was a child, in Sabbath School we sang the little chorus “Red and yellow, black and white, all are precious in his sight, Jesus loves the little children of the world.” Did we white Christians really believe this? I remember wondering back then if when we get to heaven if there was going to be a little part of heaven for the blacks to live, like in my hometown where the blacks lived across the railroad tracks. And if not, could our good white believers actually feel comfortable living next door to them in heaven?

I remember hearing missionary stories of how Christians needed to take the gospel to the heathen in Africa. It was always understood by good white Christians that we needed to save them from their heathen ways so they could go to heaven too. Yet we realize now that it is not just a global problem. We “privileged white Christian citizens” must awaken from the racial slumber that we have been in too many years, for too many centuries.

I hope that George Floyd’s death, or the deaths of other black young people who have died at the hands of policemen, will not have been in vain. 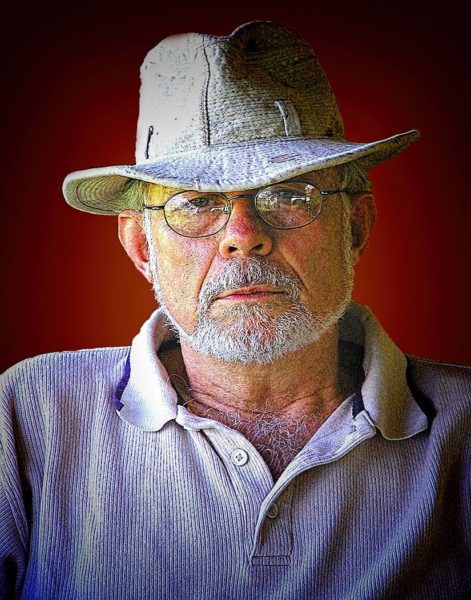 Clyde McCulley taught art in Adventist colleges from 1967 to 1980. He is author of The Boy on Shady Grove Road, a humorous memoir of growing up in the Arkansas countryside and attending Adventist one-room schoolhouses. He lives with his wife, Susan, and their cat, Shadow, in Portland, Maine. His website is clydemcculley.com.