Is My Church a Good Neighbor?

We’ve heard the story many times, from when we were little children. We’ve seen depictions of it in picture rolls and paintings. There’s even a statue of the Good Samaritan on the campus of Loma Linda University Health!

It’s a wonderful story. It teaches such a good lesson. We want our children to hear it.

We just have a difficult time being it.

Last night I heard the story again as my husband read it from The Desire of Ages. This time it struck at my heart in a bold and different way.

Oh, I know it might have been one of the passages “she” copied from another source. But I don’t care. The message is true, as true today as when it was first told.

As I listened, I wondered why, in so many important ways, I don’t see the Good Samaritan story lived by my church.

But how long can it be my church if it doesn’t act like a neighbor, a “Good Samaritan?

As I listened to the story again, the wind raging outside our house last night was nothing compared to the wind storming in my heart. Ellen White writes,

They had no doubt as to the heathen and the Samaritans; these were strangers and enemies. But where should the distinction be made among the people of their own nation, and among the different classes of society? . . . They spent their lives in a round of ceremonies to make themselves pure. [1]

Oh, we Adventists have known who the enemy is; they have been described in considerable detail in the past, certainly. Even now, in the present, we are adding a plethora of new “enemies,” people who do not fit into our idea of accepted members of our sacrosanct society.

Sometimes they’re expressed in denominational policies—policies upon policies that men craft in long, tortuous meetings, thinking they are making us pure. Adventist creedal statements and policies hang like phylacteries from the righteous robes passing by on society’s other side.

The other side. Away from those women who have a righteous call from their Lord to share the gospel. Away from those categorized by the initials LGBTQ+ as if such a category minimizes their humanity and our obligation to treat them as neighbors. Away from those who most need Christ’s love, our love.

The lesson is no less needed in the world today than when it fell from the lips of Jesus… Many who profess His name have lost sight of the fact that Christians are to represent Christ. Unless there is practical self-sacrifice for the good of others, in the family, circle, in the neighborhood, in the church, and wherever we may be, then whatever our profession we are not Christians.[3] 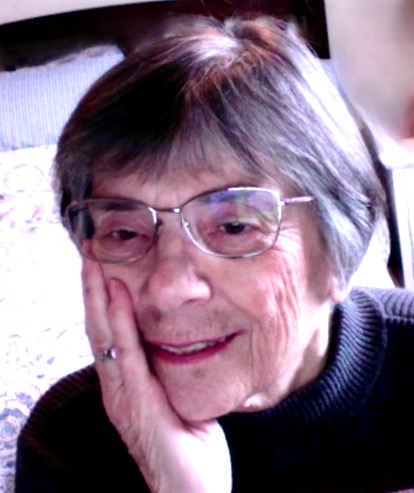 Patricia Johnston is professor emeritus and former dean of the school of Public Health at Loma Linda University. A retired nutritionist, she was intimately involved in developing the International Congresses on Vegetarian Nutrition and is passionate about sharing the potential benefits and/or problems associated with plant-based diets. She is married to Joe Humble, also a retired educator.