Is God the Solution for All Scientific Puzzles?

Jack Hoehn recently reviewed here on the Adventist Today website the latest book by prolific science writer Stephen C. Meyer, entitled Return of the God Hypothesis: Three Scientific Discoveries That Reveal the Mind Behind the Universe (New York: Harper One, 2021). Hoehn recommends this book as one that all Adventist scientists, theologians, and their students should study.

I agree with Hoehn that Meyer writes well, and that in this book he lucidly describes difficult areas of scientific research where data is sparse and where theories are speculative. However, the reader should know that Meyer has an unshakable bias that no mechanism based on natural laws can generate anything new with the appearance of design.

Meyer is not alone in this conviction. Myers is part of a small Intelligent Design (ID) group, including others well educated in science that share Meyer’s belief. ID means that anything in the universe that appears designed could not result from a natural process but could only result from God inserting information outside natural laws. Mainstream scientists, including both believers in God and atheists, reject ID as an explanation. In the famous trial of Kitzmiller v. Dover, the judge ruled that ID was a religious belief and not science.

The evidence is strong that natural mechanisms can solve problems in nature, improving the survival conditions for living creatures. In his book, Myers describes an illustration he uses to demonstrate that random variations cannot solve natural problems. He tells of a thief who wants to steal a bicycle protected by a lock requiring three numbers between 1 and 40 to open. Myers passes a bicycle lock around his classroom, and each student gets to test one combination. Naturally, no one opens the lock because there are 64,000 possible combinations, so the chance of guessing the right combination is tiny. Finally, after almost everyone has given up, one girl gets the lock and pops it right open. Myer then reveals that it is a setup; he has supplied the correct combination in advance to this girl. Somebody must supply the opening combination, says Myers. I would like to have been in Myers’ classroom that day to suggest that the thief could put a small device on the lock to test a new random combination every 15 seconds. This mechanism WILL open the lock without prior information, although it might take too long for the thief to get away safely with his prize!

Repeatedly, in his writings, Meyer defends ID by calculating probabilities of new things like a new protein molecule where the answer always comes out astonishingly small. Anything new in biology must be the product of a process that could include many steps. Unless a probability calculation specifies both the pieces that will make up the new object and a process for their assembly, the result has no meaning. For example, his method of calculating the probability of a new protein molecule suddenly appearing could only describe the following process: a cloud of randomly moving carbon, hydrogen, oxygen, nitrogen, and sulfur molecules, with the correct number of each coming together at one spot and in the proper order to build the protein molecule. That event would have a vanishingly small probability! Living systems don’t make proteins that way; multiple steps are necessary. The probabilities calculated by Meyer in his books are not valid evidence that God must interfere with natural laws for new designs to appear.

It is well known in science that the supernatural is not acceptable as an explanation in hypotheses or theories for a good reason. Science works by the philosophy of methodological naturalism. Theories can only contain natural mechanisms, and the supernatural in any form is not permitted. Methodological naturalism is not atheism or the same thing as the “materialistic naturalism” that Meyer speaks of negatively. Scientists who are atheists, Christians, and believers in other religions all follow methodological naturalism because the supernatural is a mechanism that solves any scientific puzzle, discouraging continued research. When God is part of the theory, research stops. If early scientists had not followed this rule, we probably would not even know about DNA! Well into the 20th century, scientists believed that all living things operated by vitalism. This theory states that the phenomena of living systems depend on a principle distinct from physics and chemistry and therefore not described by known natural laws. No one now considers vitalism to be science.

Another concept that Meyers and other authors rely on is fine tuning, the idea that a specific set of universe properties called parameters exists, each with a precisely defined numerical value. Supposedly if someone changes any of these numerical values, either the universe or life could not exist. The conclusion by Myers and others is that the fine tuning indicates a Designer God. Different groups support lists of different lengths. The Discovery Institute, for example, lists 22 such properties, while Hugh Ross’ list extends to 60. How can there be lists of different sizes? I have not investigated these lists, but it is likely that some parameters on longer lists are not independent but are combinations of parameters in the short list. Believers test their parameters by changing values one at a time to show that any change would prevent either the universe or biological life from existing.

Myers and others present the fine-tuning argument as a solid scientific rationale, but when studied closely, it is not. To begin, if a model has 22 parameters, it is not enough to vary one parameter at a time to see what happens. Changing one parameter at a time means looking down one axis in “parameter space” at a time, missing all the multidimensional space between axes where two or more parameters are changed together! Some have attempted to combine all the known mechanisms into a single mathematical model to test simultaneous changes. The conclusion was that the life-permitting volume in multidimensional space is small. One group tested a limited cosmic model with three parameters, the model predicting the number of carbon molecules generated by stars, the carbon necessary for making the organic molecules of life. The researchers found that each of the three parameters could be varied by orders of magnitude, with the conditions remaining right for stars to make enough carbon for life to exist. The fine-tuning argument for God thus does not have solid backing from science.

In summary, I suggest that believers in God should base their belief on the life of Jesus Christ and his emphasis on relationships with neighbors and God, rather than trying to identify God through science. There is no definitive way to identify an event as God’s intervention in nature because we don’t know enough about what is possible within the natural laws we know. If someone reads Myers’ ID book, they should also read mainstream science books like Only a Theory (New York: Viking, 2008) by Kenneth R. Miller (a Christian), The Big Picture (New York: Penguin Random House LLC, 2016) by Sean Carroll, or The Deep Structure of Biology (Conshohocken, PA: Templeton Foundation Press, 2008) by Simon Conway Morris to appreciate the creative activities inherent in nature. 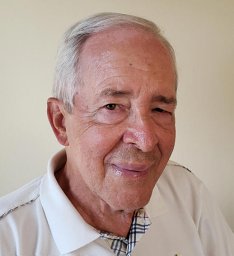 Dr. Mailen Kootsey had a 41-year career in university education, including faculty and administrative positions at Duke University, Andrews University, and Loma Linda University. He has had appointments in departments of Physics, Physiology, Computer Science, Biomedical Engineering, and Biology.