Is God Authoritarian? Should the Church Be?

I’ll never forget something that I saw when coming out of my kindergarten Sabbath School when I was five years old.

The hall under our small church was completely empty except for a young woman with teased hair, go-go boots, and short mini skirt, kneeling in the hall and surrounded by male elders. I thought at first that she must have asked for special prayer.

Then I saw that one of the elders was on his knees measuring the length of her dress with a ruler. Her dress was more than four inches above the knee, which evidently was violating a God-decreed imperative my five-year-old self was not aware of. I remember self-consciously tugging at my favorite dress—homemade several growth spurts ago—down as close to my knees as possible as I passed them.

The woman never visited our church again, and I never wore that dress again.

The issue of reducing authoritarianism in our communities is one of the most salient political and social issues of our day. With the Russian invasion of Ukraine, the imprisonment and “reeducation” of Uyghurs in China, and the abuses of the morality police in Iran, we are seeing authoritarian traits in governments everywhere.

Authoritarian leadership requires uniform conformity without question. Such leaders often seek to place loyalty above moral conviction, and try to either control the flow of information or discredit truth. In religious settings they claim to have the only correct interpretation of the Bible and incentivize strict rule-keeping.

Authoritarianism comes in waves through almost all churches. At first, church movements are mission-oriented and have an all-hands-on-deck attitude. This leads to respect for diversity of views and considerable autonomy.

Once they feel more established, churches tend to move inward and try to maintain identity through uniformity. Orthodoxy has struggled with acceptance of diversity since the early church fights over circumcision and eating food offered to idols.

Hard-line stances from church leaders without any accommodation for differences cause division in Adventism, too.

In Kenya, a small number of churches have been ostracized from the organized church. While this has an overlay of distrust between people groups, those who broke away say that they simply desire transparency and integrity in financial and leadership choices. They want a less-authoritarian church.

In Serbia, a conference president was allowed to fire a pastor because of drama surrounding his adult daughter’s walking away from an abusive marriage.

And the General Conference made a great deal of fuss about reprimanding leaders of divisions and union conferences that ordained women based on their constituency committee votes.

As a pediatrician I approach the topic of leadership styles in terms of parenting. The Bible has beautiful depictions of God as parent: the hen that gathers her chicks under her wing, the eagle that catches the fledgling as it soars, and toddlers being dandled on the knee.

But here is the difference between them. While both parenting styles are corrective, not permissive, authoritarians don’t allow rules to be questioned, while authoritative parents can change their minds in the face of an opinion they had not considered. Authoritative parents encourage choices and exploration. They are guiding, not imposing, taking the time to explain rules. They feel a moral obligation to teach their children to make decisions on their own by developing their own moral reasoning.

In Lawrence Kohlberg’s well-known stages of moral development, the stage of rules-based morality is outgrown and replaced by universal ethical principles. Morally mature people adeptly determine which rules have precedence in a given situation.

Carol Gilligan’s stages of morality account for females’ added emphasis on relational implications. She describes mature morality as making decisions that include the sum total of all of the community’s needs, which may be at odds with authoritarian systems.

Authority in the Old Testament

Are these academic ideas consistent with the way humankind was created? Does the Bible portray an authoritarian or authoritative God?

Certainly God is shown as loving in both the Old and New Testament.

He will take great delight in you; in his love he will no longer rebuke you, but will rejoice over you with singing (Zeph 3:17).

… love comes from God. Everyone who loves has been born of God and knows God. Whoever does not love does not know God, because God is love (1 Jn 4:7-8).

There is no question that God has authority. In Ex 33:19 God simply says, “I have the right to have mercy and compassion on whom I want.” God is “I am”—the final judge with ultimate authority.

Is God just? Is God love? Yes! But our questioning of His love and justice does not frighten God. He bids us to come and reason together (Isa 1:18) and to “Taste and see that the Lord is good” (Ps 34:8).

God is consistent both in judgment and mercy. “I the Lord do not change” (Mal 3:6). “Jesus Christ is the same yesterday and today and forever” (Heb 13:8).

At the same time, He seeks relationship over obedience.

Rend your heart and not your garments. Return to the LORD your God, for he is gracious and compassionate, slow to anger and abounding in love, and he relents from sending calamity” (Joel 2:13).

Jesus was clear that merely keeping the laws misses the point of religion. After commending the rich young ruler for faithfully keeping the ten commandments, He then goes on to explain that there is a moral code above the law: justice—to care for the poor and tend to the sick.

Jesus said to him, “One thing you lack: go and sell all you possess and give to the poor, and you will have treasure in heaven; and come, follow me” (Mk 10:21).

Contrast this with those Christians who claim to show love by condemning others’ sins.

In Matthew 23 Jesus condemns the traditional leaders for their authoritarian legalism.

Woe unto you, scribes and Pharisees, hypocrites! for ye pay tithe of mint and anise and cummin, and have omitted the weightier matters of the law, judgment, mercy, and faith: these ought ye to have done, and not to leave the other undone (vs 23).

Administering judgment, mercy, and faith is more important than applying rules to minutia. Jesus was the example of holy leadership.

Perhaps no story of Jesus’ confronting sin is more dramatic than the woman caught in adultery. While sermons vary in their assessment of her behavior from wanton temptress to innocent victim, the text gives us no insight into her backstory. Jesus immediately moves to save her life from the law by giving an indictment of those judging her. “He who is blameless let him throw the first stone,” He says (Jn 8:7).

When Jesus is left alone with the woman, what correction does He give? Does He measure the length of her skirt? No! He says, “Go and sin no more” (vs 11). Jesus trusts her to determine how to follow God’s law.

There are Bible texts that seem supportive of an authoritarian God. Some texts suggest God punishes children for their parents’ sins, and kills complaining Israelites. Were these Bible writers using hyperbole? Did they fail to progress from the authoritarian phase of moral development?

These passages are difficult to interpret. Clearly integrating the whole Bible requires high moral reasoning. It is my opinion that we should concentrate on Jesus’ teachings to love justice above rule keeping, to trust self-determination over controlling, and to ask the Holy Spirit to guide us in our studies.

“Reducing Authoritarianism in Our Communities” was the topic of the Association of Adventist Women (AAW) vespers at Loma Linda University Church Oct 8th.

Bonnie Dwyer, former editor of Spectrum, told a story illustrating how a free press is important for maintaining honesty and trust with church leaders. In her experience the ability of the press to disseminate information is crucial to church growth. She expressed concern that Spectrum and Adventist Today reporters are no longer welcomed at Annual Council and the General Conference Sessions, raising concerns about press censorship.

Dr Elissa Kido, the Director of the Center for Research on K-12 Adventist Education, a long-term professor of education at La Sierra University and former Director of the Cognitive Genesis Research Project, talked about a link between education and authoritarianism. Dr. Kido and her co-researchers developed a questionnaire that assesses schoolchildren’s world orientation; whether they are “me-focused,” “rules-focused,” “feelings-focused,” or “others-focused.” They found that “rules-focused” students consistently under-performed “other-focused” peers. If this research is verified in further studies, she thinks she may be able to show that Adventist education fosters an others-focused worldview, and this enables better academic performance.

Go and sin no more

Jesus calls all of us to examine God’s authority to see that God is loving, trustworthy, consistent, and full of mercy. Then, as He did with the rich young ruler, Jesus calls us to move from being strictly law-abiding to being others-focused. To help the poor, visit the sick, and feed the hungry. “Not domineering over those in your charge, but being examples to the flock,” says Peter (1 Pe 5:3). Not strictly demanding conformity but simply requesting—trusting others—to go and sin no more. 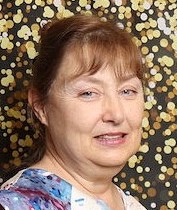 Nerida Taylor Bates, MD PhD, is a pediatrician who raised three children. She is currently the president of the Association of Adventist Women.