Interpreting Life with the Help of the Bible

This statement by Dutch theologian Carlos Mesters asserts that hermeneutics (the art, science, mechanics, and study of interpretation) is not particular to Scripture. But too often biblical studies (questions of exegesis or the interpretation of scriptural texts) dominate questions of hermeneutics and theology, as if contestants in theological disputes believe that if we can come to the right interpretation on biblical passages, we can arrive at the only truth necessary for salvation.

With this logic, theology often goes on holiday, steering away from any practical aims it is otherwise supposed to serve. When biblical studies guide discussions regarding hermeneutics, a gap in theological knowledge reveals a chasm in crafting dogma, doctrine, and beliefs. Under the dominance of biblical studies, sources and norms for theological reflection take a back seat. These other sources and norms—tradition, reason, and experience—must find ways to become alternative primary interpretive approaches.

The conundrum that results when we subjugate other interpretive sources has been addressed by professor of philosophy Miranda Fricker. Fricker highlights this difficulty by examining studies in social and human sciences. She notes a disparity in interpretive resources and argues that social scientific knowledge is hampered by hermeneutical gaps.[2] Shared resources managed by authoritative majority groups often misrepresent or minimize the experiences of minority groups or individuals.

Consider, for example, a scholar at the General Conference’s Biblical Research Institute (BRI) expositing a reading of a scriptural text, claiming to possess its “true” meaning and even presenting the “definitive” claim of that text. According to the scholar, what the text meant to its original readers means the same to readers today.

Yet the personal histories of modern readers are disempowered if their religious communities suggest a different interpretation. If what the BRI scholar says is true about the text, its lesson is irrelevant with respect to the experience of those who hear the explanation. This scenario is what Fricker calls “epistemic injustice.” While the word “injustice” sounds like a moral judgment (can a discussion on epistemology ever produce injustice?), obstacles to arriving at truth are an injustice against truth.

Truth is always defrauded by falsehood. Additionally, imposing dogma on the basis of one’s own interpretation of Scripture is not just an injustice against truth, but also is the muting of another’s voice. In other words, disempowered interpretive reading is a testimonial injustice, in which alternative interpretations receive an unfair amount of credibility because of the listeners’ bias or prejudice.

Personal experience matters tremendously in theology. Evie Tornquist, a Christian recording artist popular in the 1970s and 1980s, performed a song with these lyrics:

Just as our worldview changes with increasing age and educational opportunities, so our hermeneutics is informed by the influence of the Holy Spirit as we grow in putting faith into practice.

The Bibles in our homes are made of parts of a dead cow (bound leather), dead trees (paper), and dried ink. Which is just to say that copies of the Bible are inanimate documents.

In contrast, individuals created in God’s image are also sacred documents. We are alive. Each of us possesses knowledge and understanding that contributes to the collective resources of our religious community. This knowledge is uniquely represented in our personal stories.

This insight has taken hold in pastoral theology since the work of Anton Boisen, founder of clinical pastoral education. Charles Gerkin, building on Boisen’s metaphor of the human person as a living document, employs hermeneutics not as a method for reading dead textual documents, but in order to read the living human document of personal lived experience. He writes:

Anton Boisen’s image of the human person as a ‘document’ to be read and interpreted in a manner analogous to the interpretation of a historical text…meant that the depth of experience of persons in the struggles of their mental and spiritual life demanded the same respect as do the historic texts from which the foundations of our Judeo-Christian tradition are drawn. Each individual living human document has an integrity of his or her own that calls for understanding and interpretation, not categorisation and stereotyping. Just as the preacher should not look to proof texts to be twisted into the meaning sought for, so also the individual human text demanded a hearing on its own merit.[4]

Life is fused and fixed to language, and in that sense we are each living, sacred documents. Each one in a religious community depends on everyone else within the community to share and have their lived stories read and fairly interpreted.

But when social context favors dead texts over living contexts, our openness to others’ testimonies becomes restrictive and their experiences contorted. Cognitive injustice occurs when groups are undermined, discounted, or treated unfairly in their role as bearers of social knowledge.[5] After all, theology is socially constructed knowledge as much as, if not more than, any other kind of knowledge.[6] The injury and insult from undermined knowledge-sharing leaves major gaps in what God reveals to us through personal experience, because it rejects the gift of the collective knowledge of each person’s lived experience.

For an understanding of the creative and redemptive work of God in liberation theology, the most important lived experience to know and understand is that which is derived from those who live in disadvantaged social settings. Ironically, the virtue in liberation-influenced Christian thought is that knowledge givers who are devalued offer the most value for theological reflection. Marginalized or stigmatized groups or segments of society suffer disproportionately when there is unequal hermeneutical participation; the conceptual resources to make sense of their experience are unavailable. The community as a whole suffers from the loss of this knowledge.

Thus, theological knowledge suffers when the living human document is diminished. God relates to everything, not just the Bible. Theology is the study of God, and to study God, one must approach the study from multiple disciplines: rational, natural, social, human, and applied sciences. Our capacity to convey knowledge of our lived experience and to make sense of those experiences contributes to the collective hermeneutical resources for investigating, analyzing, and reflecting on God.

This is fundamental in the human search for meaning. When we permit hermeneutical marginalization to silence or undermine the capacity of a knower, the knowledge and essential truths that knower possesses are excluded from the corporate understanding of creation and redemption. We not only harm the individuals and groups that contribute to our knowledge of God’s work in their lives, but we also hinder their very ability to craft our theological studies.

Gadamer notes that we are beings of nature and history. As such, we are conditioned to interpret. This conditioning does not imply that we are imprisoned in our interpretive worlds. He writes:

We might say that Gadamer looks metaphorically at the spaces between the prison bars of experience, not at the bars that frame the experience. Framed by nature and history, which limit our unmediated access to the “real” world, this hermeneutical universe must add to what we consider “the unity of the world.” It’s a component of our existence, and it includes our capacity for meaning—the making of worlds to explore.

Gadamer’s optimistic view of this lived condition stands opposed to the sentiment of 19th-century philosopher Friedrich Nietzsche. Nietzsche grounds our senses to the givenness of nature, claiming that our sense perception is that which determines (not conditions) this hermeneutical universe. Our sensory capacity is the givenness that locks us out of ever knowing the “real” world. According to Nietzshe, we are prisoners of sensation. For him, the hermeneutical universe is a metaphorical prison. He writes,

Logic is the attempt to comprehend the actual world by means of a scheme of being posited by ourselves; more correctly, to make it formulatable and calculable for us.[8]

Nietzsche sees the bars, not the spaces between them. The “for us” clause highlights that even Nietzsche’s ideas are important to the living human document as the primary object of and for hermeneutics. Nevertheless, he believes that our interpretive drive is rooted in our sensory prejudice. Moreover, hermeneutical products emerge out of practical concerns “for us.”

This brings us back to the quote that began this article: “The principal objective [of biblical hermeneutics] is not to interpret the Bible, but to interpret life with the help of the Bible.” One biblical writer is helpful in guiding our interpretation of life. The author of Ecclesiastes wrote:

I have seen the business that God has given to everyone to be busy with. He has made everything suitable for its time; moreover he has put a sense of past and future into their minds, yet they cannot find out what God has done from the beginning to the end (Eccl. 3:10-11, NRSV).

The writer suggests that yes, we are conditioned—that is, tasked—to possess a hermeneutical universe, “the business that God has given to everyone to be busy with.”

Yes, we are condemned (by our creatureliness) to the prison of interpretive schemes that fall short of pure knowledge: “they cannot find out what God has done from the beginning to the end.” In this way, the writer of the dead sacred text looks to the living human document as a primary object of (and for) hermeneutical study.

So, what does it mean to unchain hermeneutics from exegesis? The quote from Carlos Mesters, which began our reflection, came from a book that sought to liberate exegesis. This article calls for the liberation of Adventist theological hermeneutics from the captivity of biblical exegesis.

Two examples: The first is the history of Black Christianity in North America. African captives, denied education basic literacy, joined the oral tradition of the gospel with their personal stories in order to bear witness to truer, more liberating views about the creative and redemptive work of God.

The second is about a conversation one of the authors had with a colleague about the General Conference’s Theology of Ordination Study Committee (TOSC). When this colleague asked how many theologians were on the subcommittee of which this colleague was a member (after all, it was the Theology of Ordination Study Committee, not the Biblical Study of Ordination Committee), my colleague was told that the list included biblical scholars, administrators, and church leaders. The instructions given for the study and its outcome were surprising: the committee members were told not to consider what was taking place in China, where women were being ordained to the Seventh-day Adventist ministry; instead, they were to consider only what the Bible had to say about ordination. When I asked if anyone protested these instructions, my colleague’s answer was no.

As Adventist Christians, we can do better to liberate theological hermeneutics from captivity to the Bible. The same Spirit of God that moved illiterate Black captives in North America works through women to lead an ordered ministry in China. This is what we should study for a theological interpretation of ordination: the lived experience of women active in fruitful ministry.

There’s something rehumanizing about liberating theological interpretation from biblical captivity. Liberating Adventist theological thinking from biblical exegesis alone cannot liberate us from the prisons of our creature nature, our finitude, and our fallible limits. But the Spirit that moves in the lives of men and women calls us to go beyond written texts to interpret the Bible. We are free to hope for—and anticipate—a story of creation and redemption that cannot be captured in any book yet resides in individual members by the grace of a loving God. 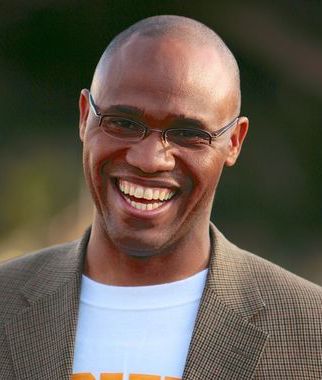 MAURY JACKSON, D.Min., is chair of the Pastoral Studies Department and an associate professor of the HMS Richards
Divinity School at La Sierra University in Riverside, Calif.. 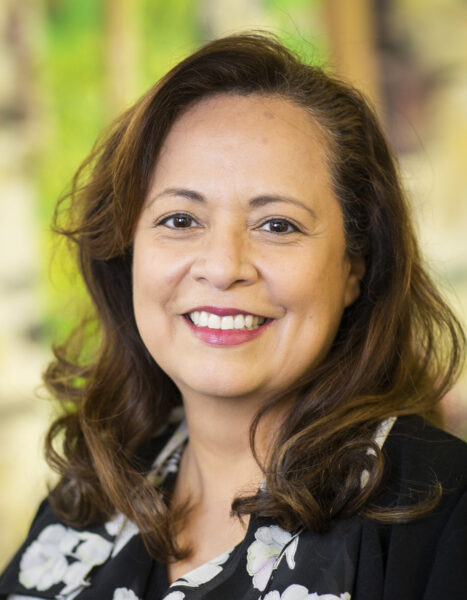 ALBA RUTH PRATO, M.A., is a CPA who teaches accounting and finance courses at the University of Alaska Fairbanks. She is a doctoral student at Pepperdine University’s Graziadio School of Business.