Indoctrinating Children, or Raising Them to Know God? 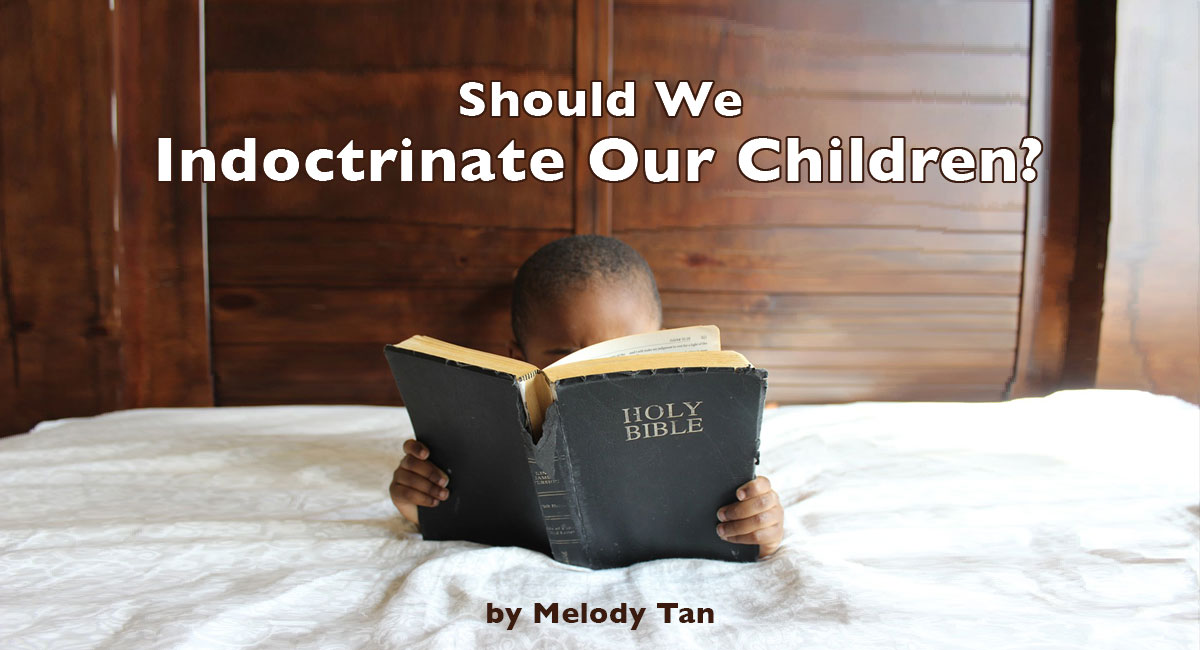 My one-year-old son eyes the chickpea-filled bowl suspiciously. He tentatively pokes a stubby finger into the bowl and starts stirring the legumes around. I’m pretty sure it isn’t my imagination when seconds later, his hazel eyes light up and his little pink lips curve ever-so-slightly upwards.

His thumb joins his pointer finger in the bowl, pincer grasp at the ready. Triumphantly, he pulls out a small stick of carrot and for the rest of his lunch, somehow successfully manages to avoid the chickpeas, even though they were hiding—and burying—the pasta and vegetables.

I pick up one of the many neglected chickpeas and wave it in front of his face. He opens his mouth and closes it after I place the chickpea in. The mental me doing a victory dance pauses with one leg in the air when within seconds, the very same chickpea pops out of his mouth like a BB gun bullet. Undeterred, I tried again, but this time, I’m met with pursed lips that appear to be cemented shut.

The chickpeas are an important source of protein for my child, who I am raising vegetarian, so I’m not giving up that easily. I hover near his mouth with a chickpea at the ready. Like at one of those clown games at a funfair, I wait for him to open his mouth to feed himself with a piece of fusilli and throw a chickpea in. He chews—and spits out the slightly squashed offending legume. This mama is going to have to figure out a different protein source.

Like many other parents before us, our journey into feeding our child solids has been an interesting one, discovering what he likes and doesn’t. As diligent first-time parents, my husband and I attended workshops to learn more about what to feed him outside of his monotonous diet of milk. The seminars and flyers were helpful, except for one flaw: everybody assumed Elliott would grow up to be a carnivore.

Let’s make one thing clear: married to a meat-eater myself and being the only vegetarian in my extended family, I have nothing against carnivores. And should Elliott some time in the future decide he was going to follow in his father’s footsteps and kill poor Henny Penny or Daisy Cow for food (I jest. Someone else will probably do the butchering for him) I wouldn’t object—too much.

However, my husband and I agree on the health benefits of a vegetarian diet and have decided that as a foundation, we were going to raise him on one. Perhaps we’ve got a healthy dose of optimism, but we believe the Bible’s promise and advice to “start children off on the way they should go, and even when they are old they will not turn from it” (Proverbs 22:6).

Allow me to extend that train of thought from what we choose to eat to Who we choose to worship: what if we were (and we are) starting off our children on the way towards Christianity? Elliott probably doesn’t understand why just yet, but he would always seek my husband’s and my hands when we place his food in front of him during meal times, so that we can say a family prayer of thanks to God for his provision (aka saying grace), because it’s what we’ve done since he started solids. Occasionally, he would even join in, piping up at the end with a cute little “Ma-men!”

Together with popular children’s stories such as Mem Fox’s Ten Little Fingers and Ten Little Toes, we also read Baby’s First Bible Stories before bedtime. And my husband and I are doing our best to ensure Elliott will be brought up, to paraphrase the Seventh-day Adventist Church’s fundamental belief on marriage and the family: loving and obeying the Lord, and seeing Jesus as a loving, tender, and caring guide who wants him to a part of His family.

The question, however, is, are we, to quote outspoken atheist, Richard Dawkins, “indoctrinating [our] opinions into the vulnerable minds of [our] children”? After all, as he argues, “There really is an important difference between including your children in harmless traditions, and forcing on them un-evidenced opinions about the nature of life or the cosmos.”

The reality is, parents are always indoctrinating their opinions into the minds of their children, be that a belief in God, Santa Claus or that eating with your elbows on the dinner table is bad manners. These opinions or beliefs may change as the kids grow older, but consciously or unconsciously, as parents, we are undeniably impressing specific ways of thinking into the impressionable young minds of our children.

Perhaps I am indoctrinating my opinions about vegetarianism and religion into Elliott’s vulnerable mind, and perhaps one day he may grow up and question (or even choose to abandon) the kind of upbringing I gave him. But parents only want the best for their children, and as an imperfect and limited human being, I can only give him what I believe is the best way to a healthy and somewhat worry-free life.

So perhaps I am indoctrinating my opinions about vegetarianism and religion into Elliott’s vulnerable mind, and perhaps one day he may grow up and question (or even choose to abandon) the kind of upbringing I gave him. But parents only want the best for their children, and as an imperfect and limited human being, I can only give him what I believe is the best way to a healthy and somewhat worry-free life, because he knows he can always turn to God for help, wisdom, strength and peace.


Practically speaking, how does this apply to my everyday life? The Bible says to “bring them up in the training and instruction of the Lord” (Ephesians 6:4), but how do you do that when your life has changed upside-down and you don’t even have time for adequate sleep, much less time getting to know God better in order to teach Him to your child?

I believe the answer lies in baby steps (pun intended).

So together, we’ll pray at mealtimes, before bed and any other time I remember, starting with me saying the words and him helping to end it with an “Amen”, and eventually, I hope with our roles reversed. Together we’ll read Bible stories, first in the form of board books and gradually moving on to books with flimsier pages, longer paragraphs and fewer illustrations. We’ll go to church together even if at the moment, the main thing I do when the pastor speaks is to entertain him with little plastic animals from a little plastic Noah’s Ark.

Together with my husband, we’ll journey and learn together what it means to believe in God as a family. We’ll thank God for the ups, we’ll seek God’s strength and understanding for the downs, and we’ll never sweep the difficult questions under the carpet. Together with my husband, we’ll do everything we can to reflect God’s loving, tender and caring character, wanting everybody to a part of His family, so that when time comes and Elliott asks us what God is like, we can use our lives as a reference.

Of course, Richard Dawkins’ criticism still rings loud in my head—am I indoctrinating my child?—but I believe my actions aren’t about raising a child who blindly follows and accepts, but one who questions, learns and chooses to believe.

And if you happen to be wondering, Elliott happily eats chickpeas most days now, even when I have done nothing different. Don’t ask me, I can’t explain him, I only gave birth to him. 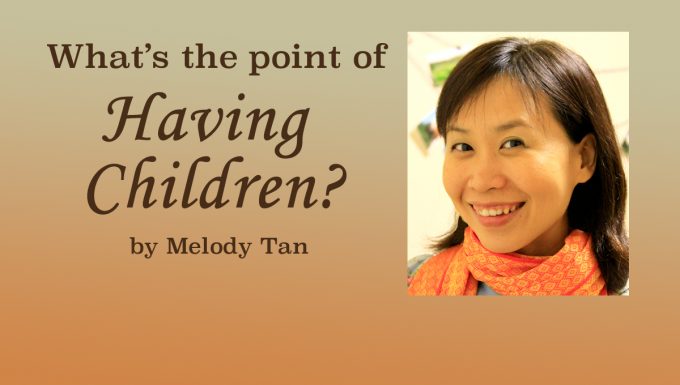 What’s the Point of Having Children?