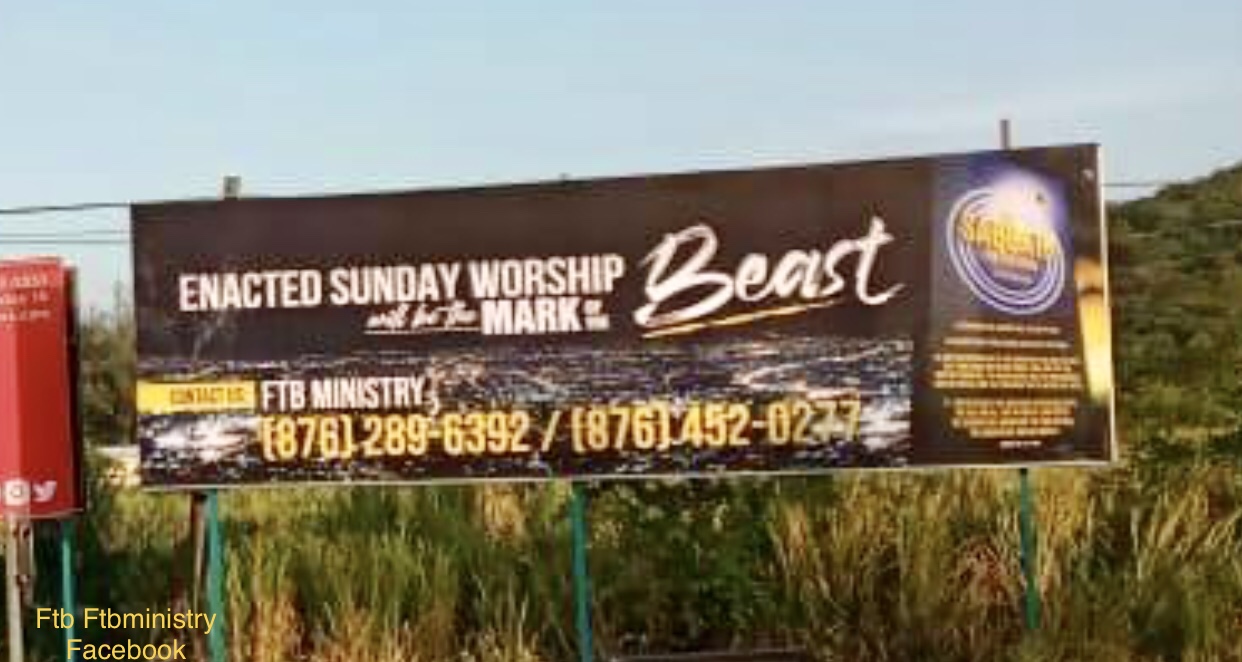 30 July 2021 | An independent Adventist ministry in Jamaica has put up billboards in several neighborhoods of Kingston (the country’s capital) to warn that the government is getting ready to introduce a Sunday Law nationally.

Vincent Hoo and Wilhelm Lecky, leaders of FTB Ministries, are behind the billboard that warns “Sunday worship will be the Mark of the Beast.”

“The Government of the land is going to come with a law making Sunday the compulsory day of worship, and any time that happens, that will be the Mark of the Beast. We want to warn the people not to accept that law in this land, making Sunday the only day of worship. We want to warn God’s people of what is coming,” Hoo told THE STAR earlier this month.

“Several attempts to contact Ed Bartlett, the Leader of Government Business in the House of Representatives, to find out whether the Andrew Holness-led administration has plans to introduce such legislation proved futile yesterday. Additionally, no mention was made of any such laws when the governor general gave the Throne Speech at the start of the year,” reported THE STAR.

“We fear nothing, we fear no one and we are ready to go on our knees and testify for God. It is no joke, this is serious. Anyone who accepts the Mark of the Beast, the plague that is within this book (the Bible) is going to pour out on them,” Hoo told THE STAR.

“This is a warning for persons to investigate the issue, which for many would be an unpopular idea,” said Lecky.

“You warn the people not when the crisis begins, but before it does. The Mark of the Beast will be mandated by an enacted Sunday law,” he said.