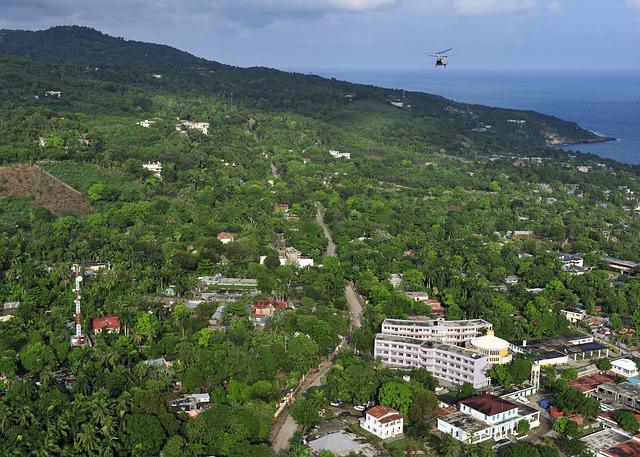 30 May 2022 | Since April 24, 2022, the Port-au-Prince metropolitan area in Haiti has been experiencing violent clashes between armed gangs, reported the UN Office for the Coordination of Humanitarian Affairs (OCHA) on May 26, 2022.

The situation has forced tens of thousands to flee their homes and seek shelter, mostly with host families or in makeshift displacement sites. One of these sites is the Eben-Ezer Adventist church in Tabarre, which is currently housing 88 people.

Those displaced include the vulnerable, such as people with disabilities, pregnant and breastfeeding women, children heads of households, separated or unaccompanied children and orphans, injured people or people with urgent medical problems, people with chronic illnesses and people living with HIV, said OCHA.

The report said the confrontations in April 2022 began between the 400 Mawozo and Chen Mechan gangs over territory in the communes of Croix-des-Bouquets, Cité Soleil, and Tabarre, but that the violence has since spread to other areas.

At least 188 people have been killed, including 92 non-gang members and 96 suspected gang members. Some 113 people were injured, 12 are missing, and 49 were kidnapped for ransom, but the number could be higher. The OCHA report also said extreme gang violence, including beheadings, mutilations and burning of bodies, was used to terrorize and punish people living in areas controlled by rival gangs.

The violent clashes between armed gangs in Port-au-Prince does seem to be subsiding, however, and displaced people have been making their way back to their neighborhoods, said OCHA. But some have returned to find burnt-down homes and the loss of most of their belongings and, in some cases, livelihoods, such as shops and tools.

Access to basic services has been drastically reduced. At least 11 medical centers and 9 marketplaces were shut down. In Tabarre alone, 442 schools were closed, including several that were burned down and burglarized. However, schools in Tabarre have recently reopened, reported OCHA.

Armed assailants intercepted and hijacked three humanitarian trucks loaded with food supplies on on the National Road (RN) 1 recently. Merchants in Grand Sud (about 117 miles/189 kilometers west of Port-au-Prince) who have been unable to transport their goods safely to and from Port-au-Prince announced an indefinite strike beginning June 1, 2022.

Adventist church members have experienced their share of violence in the country. On Dec. 24, 2020, Elie Henry, president of the Seventh-day Adventist Church in Inter-America, along with his adult daughter, Irma, were kidnapped in Port-au-Prince and released four days later.

In April 2021, four church members were kidnapped during a live online worship program.

More than 485,000 Seventh-day Adventists worship in 1,129 churches and congregations in Haiti. The church operates a hospital, a university, a radio station, and a media center, as well as dozens of primary and secondary schools.

(Photo: Gang violence has been on the rise in Port-au-Prince, Haiti, seen here. The situation has forced thousands to flee their homes and seek shelter in makeshift displacement sites, such as the Eben-Ezer Adventist church in Tabarre (not pictured). Photo by David Mark from Pixabay.)