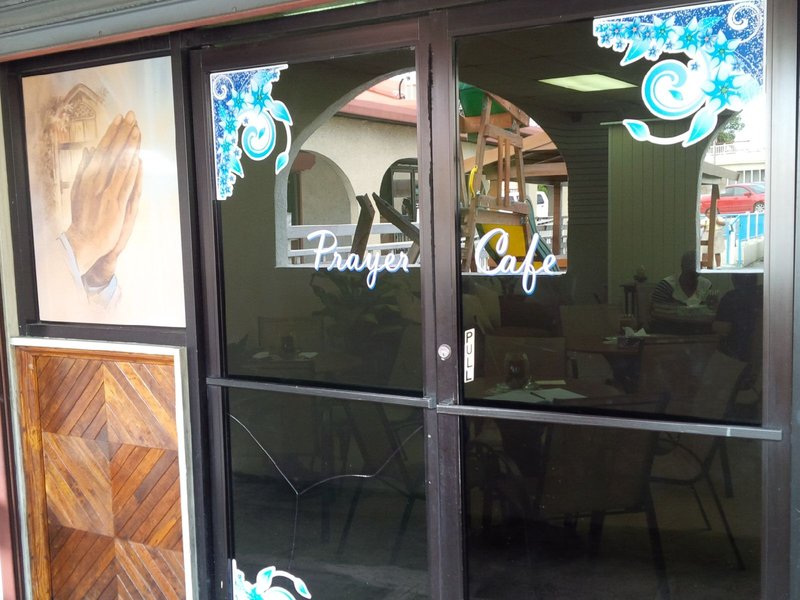 From ANN, February 4, 2016:    A new café opened by Adventists in the United States Virgin Islands of St. Thomas is becoming a hot spot for dozens of people who visit a popular strip mall on the island. The main item on the menu: Prayer.

The Prayer Café, which is located on the third floor of Foster’s Plaza, is a 600-square-foot space open daily. While there, people can sign in, have someone pray for them, and leave their prayer requests in a prayer box. “The Prayer Café is really a welcome service to a community that is in dire need of prayer,” says Mil Robinson, who envisioned the café three years ago.

In the two weeks the café has been opened since Jan. 18, 2016, more than 200 people have come through the center, says Robinson. Robinson and a group of three full-time retired church members from the Philadelphia and the Shiloh Adventist churches, who volunteer for the prayer café every day, say they have seen many prayers answered.

“One lady had lost her job and had not paid her rent for nine months,” said Robinson. “She came for prayer and on that same day found a job.” Another young man restored his faith in Christ after being prayed for, she adds.

Robinson, who has been among the leading laywomen evangelists in the Caribbean, and has hosted evangelistic crusades throughout the English Caribbean region, North America and Europe, says she attributes her success to the power of prayer and her dependence on divine providence.

“As a church, we have somewhat departed from the central focus on prayer in our carrying the message of hope to a desperate and dying world,” says Robinson. She feels that God has inspired her to carry such a message. “Evil lurks at the doorstep of many but God is able to do all things.”

Bringing that reassurance of God’s power to a community affected by violent crimes in schools and the community moved her to pray for people. When she came from an evangelism campaign in Montserrat in 2013, she visited Foster’s Plaza and just met people and prayed with them. “The Lord gave me the name for the café and showed me the person to see for the project,” says Robinson.

Robinson spoke to the owner of the mall and when he found out what she would be using the unit for, lowered the rent from US$1,000 to $300 per month. She enlisted the support of members of her prayer group who have donated the furniture and expenses to start the Prayer Café. More donations are coming in from church members across the island to run the cafe from 10 a.m. to 5p.m. Monday through Thursday, and 9:00 a.m. to noon on Friday.

Individuals come with their prayer needs, they hear soft Christian music playing, get to talk about their needs, and get to be encouraged by prayer, says Robinson. “People have commented how soothing it is to visit, how they can sense the presence of the Holy Spirit and have said they don’t want to leave because they feel the presence of God,” she adds. The Prayer Café also takes in phone calls with prayer request everyday.

“Everything surrounding this project is a miracle,” Robinson says.

Pastor Glendon Cross who ministers on St. Thomas applauded the efforts of Robinson for this unique project in the entire island.

“She is presently the prayer coordinator for her local church and she never ceases to inspire those who come close to her and of the need to make prayer the center of their lives,” said Cross. “We need to reach a stage where we put prayer at the top of the agenda. In so doing, not just each church but each building will become a House of Prayer.”

Robinson sees the Prayer Café open as long as Lord keeps it running.

The Seventh-day Adventist denomination in St. Thomas has a membership of more than 3,600 people and operates six congregations, and an elementary, middle school and high school. 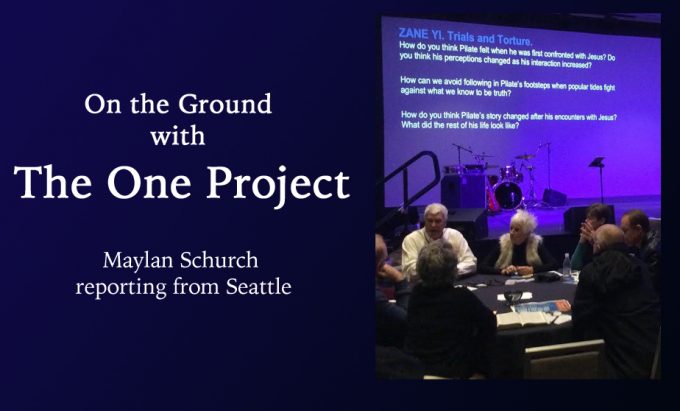