In Search of an Honest, Neurotic Faith

When states across the nation began ordering their citizens to shelter in place and avoid large gatherings, including religious services, some religious leaders took umbrage. Bishop Gerald O. Glenn, senior pastor of New Deliverance Evangelistic Church in Richmond, Virginia, was one. At worship on Sunday, March 22, Bishop Glenn said, “I firmly believe that God is larger than this dreaded virus. You can quote me on that.” He was proud to be controversial and vowed to keep the church open “unless I’m in jail or the hospital.” Three weeks later, on Easter Sunday, Bishop Glenn died of complications from the coronavirus.

It’s interesting that both liberal and conservative Christians responded to Pastor Glenn’s tragic death the same way. The thinking is that he misunderstood the Bible and/or misapplied it into his life. But maybe he didn’t. Are there not countless stories in scripture about great men and women of faith performing supernatural feats? Do the devout not miraculously survive all kinds of diseases and disasters? Do the scriptures not promise deliverance from on high if we just believe and remain faithful?

Perhaps Pastor Glenn’s problem wasn’t that he misunderstood the Bible, but that he believed it too much. Perhaps he never understood there are unspoken rules:

These are the unspoken rules that most believers understand and abide by. They’re unspoken because if they were openly acknowledged, it would force people to confront their doubt and unknowing and probably change.

Thus, the problem wasn’t that Pastor Glenn was a conservative or a fundamentalist; the problem was that he didn’t understand or value the unspoken rules. The reasons for this are a little more complex.

Drawing on Freudian theory, I believe, author Peter Rollins suggests that there are, basically, three categories of churches and believers: psychotic, perverse, and neurotic. Pastor Glenn and his church fit into the psychotic category. To be clear, I don’t mean that he himself suffered from psychosis. About that, I have no idea. However, the way he and his community practiced their faith could be called psychotic.

Psychotic communities are called such because they live in an alternate reality that cannot integrate them into the rest of society. These communities are often obsessed with the supernatural and things like exorcisms, divine healing, speaking in tongues, miracles, etc. Such communities are often very paranoid about the outside world and are notorious for isolating themselves, encouraging members not to seek medical attention and to rely on faith instead. I grew up in such a community.

Perverse communities claim to believe most of the same things as a psychotic community, but would adhere to the aforementioned unspoken rules. Thus, they’re called perverse not because there’s anything kinky going on (as far as we know), but because they hypocritically claim to believe things they don’t. Most churches fit into this category.

Neurotic communities are the healthiest and rarest. They’re called neurotic because anxiety, doubt, and unknowing are not repressed as they are in psychotic and perverse faith communities, but are brought to the surface and embraced as part of one’s faith. These communities encourage questioning and changing one’s beliefs, even if that means leaving the very community or tradition that provided the freedom to question and change.

This is neurosis in the best sense of the word: struggling to live out an authentic spirituality within the tension of the known and unknown. 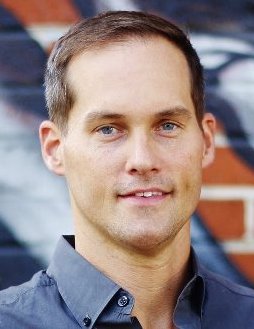 Aaron van Voorhis is Lead Pastor at Central Avenue Church in Glendale, CA, and author of A Survival Guide for Heretics. His website is https://aaronvanvoorhis.com. This essay is reprinted with permission from Intersections: The Magazine of Glendale City Church.