In Estonia, the “Least Religious Country in the World,” Adventist Leader Meets with President 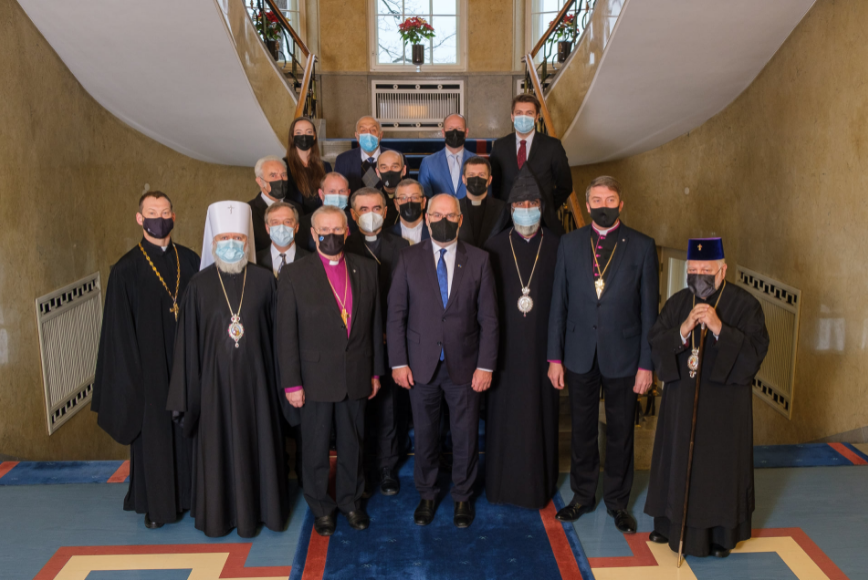 29 December 2021 | Andres Ploompuu, president of the Seventh-day Adventist Church in Estonia, was among the religious leaders who met with Alar Karis, president of Estonia, on Dec. 20, 2021, according to an article from the Adventist News Network.

During the hour-long meeting, a variety of topics was discussed, including the mental health of youth and children. Church leaders shared an overview with the president about the activities and initiatives that different denominations have undertaken.

“We always try to engage young people in different activities to help and boost their mental health,” said Ploompuu. “I emphasize that often the role of the churches in maintaining a good mental health balance is overlooked.”

Religion, in general, seems to be overlooked in Estonia. Fewer than one in five Estonians say any religion plays an important part in their lives, leading many to call it the least religious country in the world, reported the BBC.

Estonians, and especially the young, have turned their backs on organised religion, but belief in neo-paganism is thriving, said Ringo Ringvee, an advisor at Estonia’s department of religious affairs, in a Guardian article.

Estonian neo-paganism is closely associated with reverence to nature, as well as reviving and following the centuries-old folk traditions, such as the lighting of bonfires during the summer solstice, said Ringvee.

A Eurobarometer poll in 2005 found that more than half the population (54%) believed in some sort of spirit or life force.

“People believe, but they do not want to belong to the Church,” said Arho Tuhkru, dean of the Lutheran Dome Church in Tallinn, Estonia’s capital city.

Although the Lutheran Church is the largest in Estonia, it accounts for only 13% of the population, said Tuhkru in the BBC article.

With such an abundance of apathy toward organized religion, it is perhaps unsurprising that church leaders have banded together.

During the Dec. 20, 2021, meeting with President Karis, Ploompuu said that “it was nice to hear all of the heads of different churches proclaim that we have good relationships, [even though] we all have our own mission.”

“This kind of Council of Churches which we have in Estonia is not seen in many other places in the world,” said Ploompuu. “It was a day of building bridges. The president was exceedingly friendly and it was obvious that he really was interested in hearing about the role of churches in our society.”

The Seventh-day Adventist Church has three representatives in the Estonian Council of Churches: Andres Ploompuu, Ivo Käsk, and Jaanus-Janari Kogerman. In addition to the main Council, there are also a number of sub-councils where the Adventist Church is also represented.