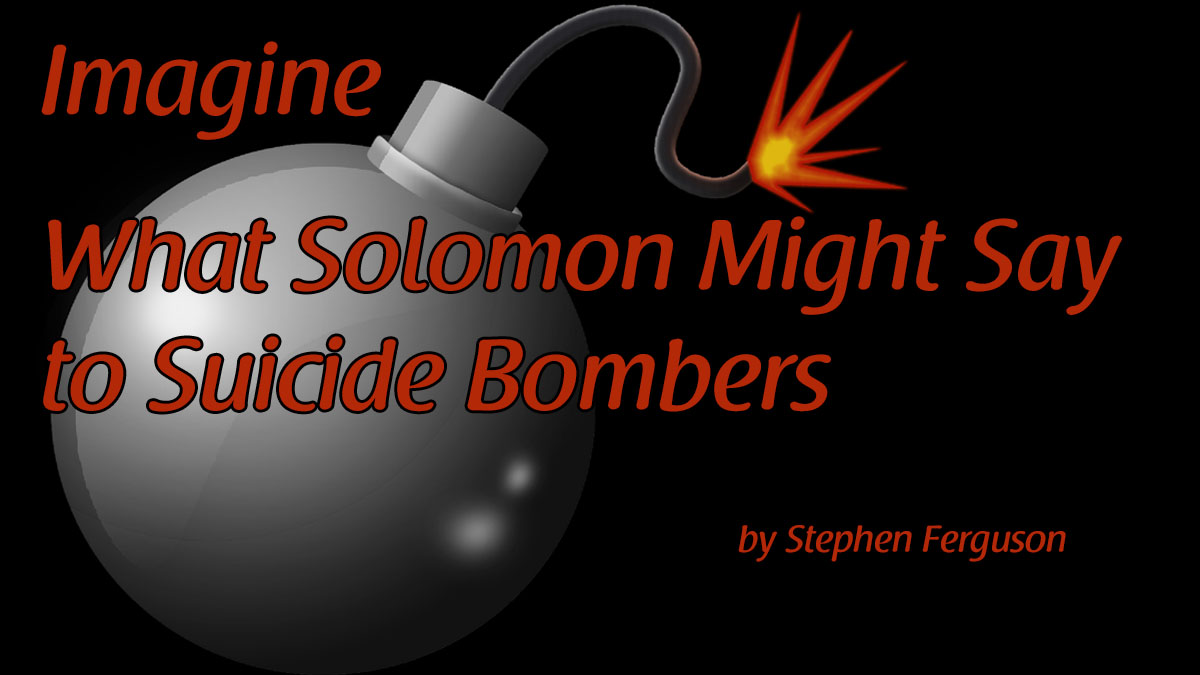 Would we be better off without religion?

Should Christians ask themselves: “What if God doesn’t exist – would I still do this?”

When confronted with a particularly difficult moral or ethical decision, I sometimes wonder if my Christian faith assists or instead hinders my doing the right thing.

When I dwell on 2016 and consider what a horrible year it was, from terrorist attacks in Europe to endless civil wars in the Middle East, I can’t help but think Dawkins and Weinberg might have a point–if only a little. Yet they certainly weren’t the first to imagine a world without religion.

Imagine there is no heaven or religion…

I pondered this topic in greater depth when I recently heard John Lennon’s song Imagine play on the radio. Now I was not alive when this hit was first released in 1971, and I’m no aficionado of Lennon’s music. Nonetheless, I know this tune and I’m sure you’ve heard it a dozen times too, with its confronting lyrics about imagining no heaven, no countries, no religion, nothing to kill or die for, with people just living for today.

To be honest I always thought this a deeply blasphemous song–it probably is. One only has to look at the horrors of Stalin and the Soviet Gulags to realize a religion-less world is no utopia.

Yet recently I also read the book of Ecclesiastes, that melancholy masterpiece written (according to tradition) by King Solomon, the great Teacher of wisdom. When I actually got into the bowels of the text, and didn’t simply skip to the end as I suspect most of us do, I couldn’t help but notice some similarities between the thoughts of the Teacher and the Beatles’ star.

Solomon makes some shocking and pessimistic observations, including: seeking wisdom only causes pain, not happiness (1:18); trying to be too good is extreme (7:16-18); the righteous often suffer while the wicked prosper (8:14); religion based on ritual is rather pointless (9:2); and ultimately every attempted good deed is vanity (4:4).

As a consequence, Solomon adopts a fairly nihilistic attitude, that we should just eat and drink, enjoying our daily lives, because everything else is just arrogance (2:24; 9:7-9).

The punch line of Solomon’s words

Now Solomon doesn’t leave Ecclesiastes there. The Teacher does conclude with the acknowledgment we should fear God and keep His commandments, for God will bring every deed into judgment (12:13-14).

Moreover, scholars are quite divided as to what Solomon may have been trying to say by his rather depressed teachings. For example, while the Teacher seems to call almost everything “vanity” (Heb. hebel), some scholars think a better translation is “mystery.”[2] To say everything is a mystery is not a condemnation of faith but only an attack on those who are dogmatic about it, often doing truly terrible things in the name of a God they don’t really understand.

As for wisdom, while ignorance might be bliss that is no reason to remain dumb. Instead, we should pursue wisdom even though we know with it may come pain. For example, being told about the dangers of smoking is admittedly a burden to the person who enjoys a packet of cigarettes every day.

As for death, Solomon is not rejecting a hope in a future resurrection, because he acknowledges an eventual judgment. Rather, Solomon questions those who adopt a death-cult attitude, explaining it is better to be a living dog than a dead lion.

Finally as to deeds, Solomon is not saying we shouldn’t do good – just that we shouldn’t do good in the expectation of a reward. We live our lives in the hypothetical situation that God doesn’t exist, or more accurately from an ancient mindset, is too distant and elusive to care. In this way Solomon addresses a common complaint of atheists today, who think Christians only do good deeds in order to obtain some sort of blessing from God, whether in this life or the next.

This is how I read Ecclesiastes – you might read it differently. The important point being, what I take from Solomon is that we need to ask ourselves: “If my religion turned out to be false, that there is no God, heaven or hellfire, would I live my life any differently?” This is a legitimate question all people of faith should ask themselves once in a while as a kind of reality check.

This is not to deny belief in God and His moral teachings as found in the Bible. Rather, it is a kind of litmus test, to ensure you are not confusing God with your own fallible human view of God. In theological jargon terms, the idea probably aligns with the notion of “natural law” as expounded by the Apostle Paul in Romans 1:20 and 2:14-16.

It is a paradox to be sure, but to live a holy life we must also be prepared to live that life as if God doesn’t exist. Only then can we be sure we are doing good for the right reasons, with no hope of eternal reward but probable earthly punishment.

For example, I suspect if members of Islamic State or Al-Qaida asked themselves this question most would soon have second thoughts about their choices. Although we can never truly judge another person, I doubt a young teenage jihadi would be so willing to put on a suicide vest if he didn’t believe there would be 72 virgins waiting for him in Allah’s paradise. I imagine Solomon might say:

“If your religion says God wants you do something truly evil, something you know deep in your heart is not right, then maybe this message isn’t coming from God after all. Maybe someone is telling you lies, falsely speaking in God’s name.”[3]

Do Adventists have anything in common with suicide bombers?

How do Adventists fare in Solomon’s litmus test? As my wife’s grandfather likes to say, “Even from a wholly secular point of view, there is almost no better and fulfilling way to live than as an Adventist.”

Thus, Adventism seems to be an antidote for some of the worse aspects of the modern world – or at least could be. But of course, there are some Adventists who negate these benefits with dogmatism every bit as fanatical as those suicide bombers. What about you?

How do you do in this test? If you got to the end of your life and realized your religion turned out to be false, how much would you regret? If the answer is “a lot,” then I would suggest you re-evaluate your life as well as your religion. Happy New Year.

[1] Root of All Evil (2006), Part 2, 00:35:0.
[2] G. Ogden, Qohelet (Sheffield Phoenix Press, 2nd Ed., 2007), 14; M. Fox, Qohelet and his Contradictions, Michigan: Almond, 1989, 15.
[3] And at this point we could have a legitimate discussion on the OT genocide of the Canaanites, and other instances where God’s commands seem to contradict notions of inalienable human rights and ordinary human conscience as found in natural law.

Stephen is a 37-year-old lawyer from Perth, Western Australia. He is married to Amy, and has a one infant child, William. Stephen was raised within the Adventist Church and is a member at Livingston SDA Church. Stephen’s legal expertise is in planning, environment, immigration and administrative-government law. His education includes tertiary qualifications in history, political science, anthropology, law, military studies, management, theology and town planning.