I Had the Truth—and FriChik Too: Brand Managing the Adventist Church

I leaned forward and listened in rapt attention as my colleague described the ministry outreach of a local nondenominational congregation. They had adopted their entire city block and made it their ministry to care for everyone within it, including redoing the sidewalks and fixing homes and roofs. My imagination soared as I visualized how the residents would feel knowing that their needs would be cared for, that there was an emergency safety net, that their habitat was being maintained. I was challenged with the idea that this was an amazing way to show who God was, what the character of God stood for and what His people ought to be doing while waiting for Jesus to return.

When my colleague finished his description, there was a moment of silence while the glow of his words lingered. Then he sadly shook his head and said, “If only they had the Sabbath.”

Let me tell you what brings cold chills to the back of my neck. Matthew 12. Jesus and his disciples walk through a grain field on the Sabbath. The disciples pick a few kernels, rub off the chaff, and pop them in their mouths. Enter the grain police. “Threshing on the Sabbath! Lawbreakers!” Jesus tries to point out to them the bigger picture, “I desire mercy not sacrifice.” “Isn’t a man more valuable than a sheep?” God was standing a few feet away from them and they chastised Him. They thought they were protecting their faith and defending God because God said to keep the Sabbath holy. They had the fourth commandment memorized—you, your family, your beasts, your guests. No one is supposed to work. They knew they were right; they were spiritually arrogant. But in front of these God-defenders stands God: Lord of the universe, Creator of the wheat, Author of the commandments they are enforcing. As a show and tell of His authority, Jesus stretches out His power and heals a man on the Sabbath. The result? The God-defenders plot to kill God. They plan to destroy the very God they think they are defending. Cue the chills.

When I was younger, but of a sentient age, I used to wonder how it was that I could be so lucky, unbelievable-odds lucky, lottery-winner lucky, 144,000-lucky, to have been born a Seventh-day Adventist in the final days of earth’s history. From what I had been told, I was incredibly blessed, incredibly special. I had the truth…and FriChik too. I was Ellen White blessed, 2300 days blessed, Junior Guide blessed, three-angels blessed, ADRA blessed, Sabbath blessed, health-message blessed.

I remember standing on a train platform watching a girl about my age drinking a Coke. And I shook my mental 10-year-old head and thought, “She’s not going to heaven.”

What are we teaching our children?

What does managing our brand look like? In an attempt to “witness” like I had been taught, my 12-year-old self had an argument with a horse trail guide I’d just met about whether he could eat fish without scales. Are we just managing our brand or are we turning our eyes on Jesus and encouraging others to do so?

Where is our focus?

Revelation 14:7, the heart of the three angels’ message: “Fear God and give him glory.” What is the orientation in this text? Where are you facing? What are you paying attention to? As Seventh-day Adventists, we have an opportunity to show people who God is. The command to “Fear God and give him glory” is a call to repentance and conversion.[i] Pay attention to God and what He is doing; don’t pay attention to the evil that stalks the earth. Watch what God is doing. Where do you see Him? Look for Him everywhere, not just in our brand. Look for where God is waking others up to His message. “Can we boast, then, that we have done anything to be accepted by God… After all, God is not the God of the Jews only, is he? Isn’t he also the God of the Gentiles?”[ii]

Daniel’s dream of an idol divided by different types of metal includes a strange ending. In the feet and toes of intermingled iron and clay (and I was taught we were living at the end of the big toenail), the statue is taken out by a rock that smashes it to bits. Such a cataclysmic ending is the Good News for which we’ve been waiting. Jesus, the Rock, establishes His Kingdom here on earth, a kingdom based on selfless giving, not one where we hoard truth for ourselves and massage our identity. We need to look past the toes to the Rock.

Are we looking at ourselves or at Jesus?

The disciples tried to defend what they thought was Jesus’ brand. They bragged to Jesus that they saw someone casting out demons in His name and that they had tried to stop him. Jesus’ answer, “For he who is not against us is for us.” And then he adds, “For whoever gives you a cup of water to drink because of your name as followers of Christ… he will not lose his reward.”[iii]

We have special and distinct doctrines. We don’t want to mix them or water them down or get them contaminated. As a result we think it’s our job to defend God and our uniqueness. We have an Elijah complex and snivel, “I alone am left, and they seek my life.”[iv] But God saw 7,000 others who hadn’t bowed to the evil kingdom. In Jesus’ time, God’s “people” were focused on their distinctiveness instead of their mission to share the blessing to the whole world. They did this by separating themselves and elevating themselves above everyone else. Ultimately, divisive labels turn the focus on ourselves; Gentile or Jew, non-Adventist or Adventist, ordained or commissioned, vegan or lacto-ovo.

Defending the brand only supports your concept of yourself.

Our special message often has a hook. We’ll share it with you but you have to join, become a member and, most importantly, pay tithe. We aren’t willing to give our message away freely. We don’t trust Jesus to work with other people. Philippians 1:6 says, “And I am certain that God, who began the good work within you, will continue his work until it is finally finished on the day when Christ Jesus returns.”[v]

Whose work is it?

We force people to agree to believe everything and behave before we baptize them into Christ: the health message, 2300 days, Spirit of prophecy. We recognize people’s call to serve God based on our own measurements; education, gender, appearance, economic status, self-discipline. We become judge and jury and dole out status centered on our standards. We don’t recognize how God has chosen to use someone and then encourage them to grow in Christ. Instead, they have to be like us, be “right,” in order for God to accept them. Since when do we give the stamp of approval for God’s kingdom? To me that’s the definition of blasphemy–putting ourselves in God’s place.

What does brand management look like? It looks like encouraging people to look at us and not Jesus.

Last week we treated ourselves to Rita’s Italian ice (juicy pear) paired with a thick creamy custard. As we were waiting in line, we sparked a conversation with three people who were wearing Jerusalem crosses. The love of Jesus poured out of them as they shared how as seekers they had been involved in several churches and now attended a Messianic Jewish service. We found ourselves in the unusual position of being invited to attend a worship service instead of doing the inviting. We accepted the invitation and found ourselves being enervated by a fascinating mix of Jewish and Christian songs, symbols, and teaching. The rabbi’s challenge to the congregation was to bring this message to the Jewish community because they need to hear about Yeshua in these last days.

Is the Seventh-day Adventist church growing? Are we getting more of the market share? Does it matter? If God is the provider, there’s no end to His resources. He is capable of using a vast array of tools to accomplish His work. He’s used a donkey, Nebuchadnezzar, a prostitute, the widow of Zarephath, a whale, Ruth from Moab. When His “chosen” would not do it, He found others—“the stones will cry out.”[vi] It’s God’s work that He’s finishing in His own time, and we are incredibly privileged to be invited to join Him.

Instead of throwing elbows at other Christians so we can be part of the 144,000, we should applaud their efforts and focus together on our amazing Jesus. Let’s not hoard our knowledge of Jesus; let’s not “keep” the Sabbath. Let’s give it away. Let’s share because we’re not afraid–we’re looking at Jesus. 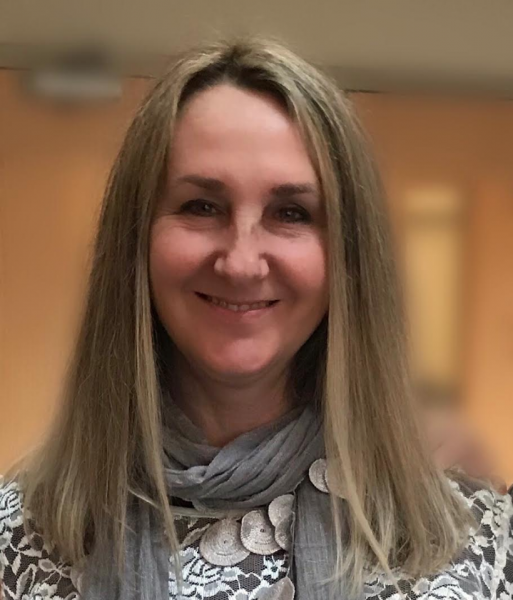 Kris Coffin Stevenson is an author, teacher, editor, and scopist.  She loves living her eternal life starting now.  She and her husband reside in Santa Clarita, California.