How to Make a Remnant 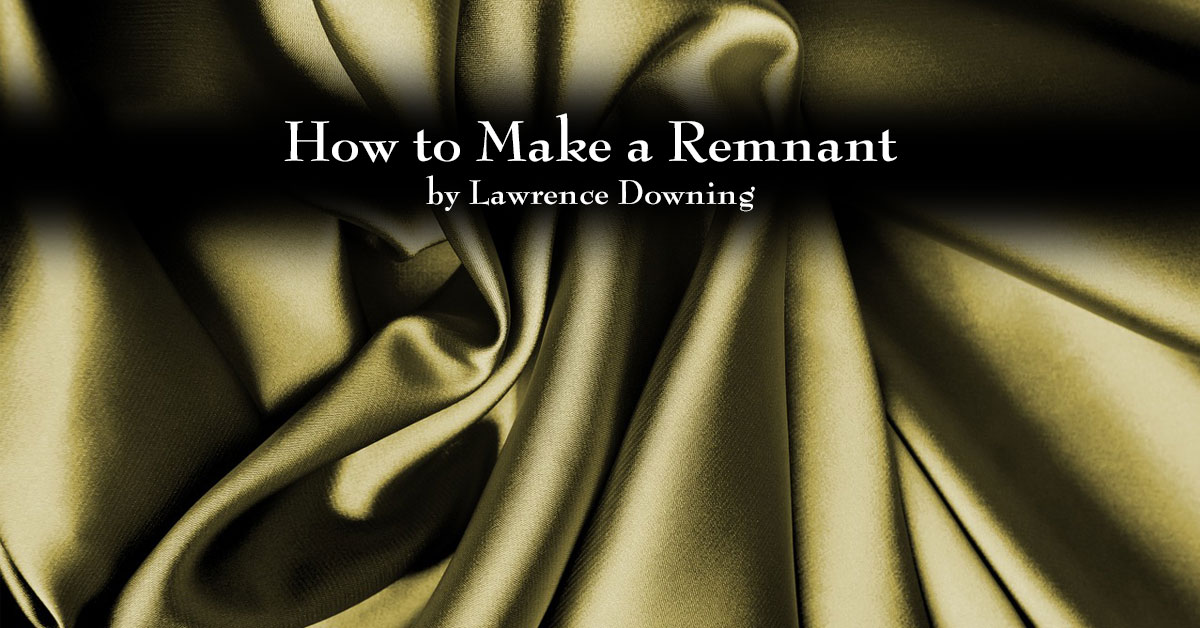 Successful organizations share in common certain characteristics that lead toward excellence. These characteristics include, but are not limited to, the following: The organizations practice high ethical and moral behavior, cultivate mutual trust, hold to a commitment to integrity, develop a diverse work force, demonstrate an openness to innovation and non-traditional ideas, encourage transparency, encourage freedom to experiment and to be wrong, hold to a commitment to excellence, encourage employees to give honest and direct feedback to management, and evidence a willingness of management to listen to and respond to legitimate concerns and ideas.

Upon examination of the Compliance Review Committee System (CRCS) established by the General Conference Committee (ADCOM), judging by the above attributes associated with a successful, contemporary business organization, I give the CRCS document, at best, an F-. What follows provides a partial explanation for giving the document a failing grade, but first, a brief review of the offending document and its purposes.

The rationale for the existence of the CRCS, according to the GC statements related to the CRCS document, is to monitor all levels of the church organizations, save one; the GC itself is not included in the list of suspects. Each of the five sub-sections of the CRCS, listed below, is given authority by the GC to evaluate local congregations, conferences, unions, and all other entities that fall under the umbrella of the General Conference, to assure that each entity is in compliance with the desires and mandates set forth by GC leadership. If noncompliant practices are identified, the CRCS can issue sanctions, reprimands, and other disciplinary actions. The GC administrators in this way seek to create unity within the various church organizational levels and assure that each complies with GC mandates.

The CRCS itself is composed of five distinct areas of responsibility, each staffed by their appointed personnel. Each cohort is assigned to monitor one of the following areas of concern:

The members of the committees are: 1. To be knowledgeable of and accept as authoritative official beliefs, policies, statements and guideline of the GC; 2. To be responsible to describe the conduct and behavior of denominational employees and any individuals who represent the church.

ADCOM identifies noncompliant conferences, unions, and/or divisions. The process implemented by the General Conference administrators to ensure conformity and unity within the Seventh-day Adventist church backfired.

Three union conferences, the North and South German Union Conferences and the Pacific Union Conference, have voted strong exception to the implementation of the Compliance Review Committee System. Additional church leaders and organizations have joined to state their objections to the CRCS and the GC Unity Oversight Committee.

Werner Dullinger and Johannes Naether are president and vice-president of the Freikirche der Siebenten-Tags-Adventisten in Deutschland, the Seventh-day Adventist Church in Germany. Dullinger and Naether, who serve as presidents of the South German Union and the North German Union, respectively, wrote, “We firmly reject the documents presented by the world church leadership and the establishment of the “Compliance Committees,” because in them our understanding of church and how a church is to be led is not reflected.”

The response to the GC documents from the North and South German Union reads: “The documents and the work of the Compliance Committees mark a change of direction in the basic understanding of church leadership: In place of trust, tolerance, respect, conflict resolution and dialogue in controversy, pressure, control, surveillance and the stigmatization of individuals occur. This significantly increases the undercurrents of schism within the church and turns the effort/prayer for unity into the opposite.

The Berlin-Mitteldeutsche Vereinigung Conference declared that it is unacceptable to seek obedience through restriction and pressure. “This violates freedom of expression and conscience, creates a climate of fear, and destroys a church based on trust and voluntarism. Jesus says, “You know that the rulers hold down their people and the mighty do them violence. That is not how it should be among you; but whoever wants to be great among you, let him be your servant; and whoever will be first among you, let him be your servant, just as the Son of man did not come that he may be served, but that he may serve and give his life as a ransom for many” (Mt 20:25-28). Believing in Jesus Christ, we are convinced that our Free Church is built on the authority of the church base. The role of church leadership is to serve the community by recognizing and supporting the diversity of its manifestations. Church leadership is accountable to the community.”

As a consequence, we call on the members of the Executive Committee of the General Conference:

Opposition to the GC compliance/unity/CRCS is not limited to denominational leaders and organizations. Pastors and people in the pews express numerous negative responses to the documents. It was my fortunate opportunity to be with and interact with numerous individuals (more than 50) who have had a long and close relationship with the Seventh-day Adventist church. The total group, of which the 50 were a part, numbered in the hundreds. When the subject of the Compliance/Unity documents was mentioned, as it was on several occasions, the consistent response was expressions of disappointment, frustration, disagreement, and anger that church leadership would foist such measures upon individuals and organizations. These people were not from the fringe of Adventism. They were professors, theologians, respected, thoughtful, sensible people who have long been core Adventist believers. The negative reactions by loyal Adventists to the GC documents tells us something. One long-time friend, distressed over the documents, opined that the actions taken by the GC were the most heinous he had ever seen. He told me that Adventism was in his DNA. Whatever the outcome, he was an Adventist still and no one could take that away! Evidence that compliance/unity/CRCS do have their limits.

As I reflected on the GC unity and compliance and the CRCS documents, and the responses from respected organizations and individuals, abundant questions filtered through the gray matter: Who is the driving force that propels the compliance/unity/CRCS? GC president Ted Wilson is the primary suspect. He is the one who presents the documents. If he is the mastermind, what lies behind his decision to propose such extremes? Does this statement from Christ’s Object Lessons, page 69, influence Wilson’s preoccupation with the identification of a remnant?

“Christ is waiting with longing desire for the manifestation of Himself in His church. When the character of Christ shall be perfectly reproduced in His people, then He will come to claim them as His own.”

Does Elder Wilson, deep down, subscribe to the heretical Harvest Principle theology? Is there within him a relic of Last Generation theology? Does he believe that only he, and his selected colleagues, are the determinant for what defines correct theology? Where is it written that when an individual is elected/appointed to a GC slot he is suddenly endowed with theological expertise? Answers to these questions, and others, lie buried deep and far beyond my ability to discover. Should others have pertinent information that may shed light, feel free to let Adventist Today know.