Editor’s note: This controversial article was written by retired pastor J. Alan Nash, and it is his story, told in his own words. Though this story does not flatter certain church leaders and presenters, we felt it was necessary to publish it because of two issues that have come up several times in the past several years in the church: First, problems dealing with charges of sexual abuse and incest, and second, unaccredited advanced “degrees” among church leaders. Adventist Today has endeavored to check the sources Elder Nash draws upon, and we are satisfied that they are sufficiently documented for us to allow him to share his story here. Of course, we are open to hearing the defense of those who handled these charges against Elder Nash in the first place.

For 25 years I was employed as a Seventh-day Adventist minister, with service in England, Canada and the United States. My career was terminated prematurely in 1995 whilst I was serving in the Dakota Conference. This came about initially because my oldest daughter, Raydene, then 20 years old, accused me to certain church leaders of being a pedophile who had committed ritualistic infanticide.

The accusations erupted around 1993 after Raydene was exposed to sessions of Recovered Memory Therapy (RMT). This fallacious, treacherous, pseudo-psychiatric technique swept across North America in the late 1980s and led to thousands of arrests, financially crippling lawsuits, and broken families. Around 1996 professional psychiatric research papers began to appear in Australia, Canada and the United States showing that recovered memories of childhood sexual abuse triggered in adults during RMT should not be accepted without corroborating evidence. (RMT, as it was practiced in the 1990s, has been thoroughly discredited, and has few professional adherents.)

This research, however, seems not to have been taken seriously by two Seventh-day Adventist authors and speakers, Ron and Nancy Rockey, then employed by the Dakota Conference of Seventh-day Adventists. Both sported highly-questionable degrees in psychology, and neither had certification in the field. Nevertheless, they recklessly validated recovered memories in their 1988 book Belonging, published by Pacific Press. Its publicists fawned over the Rockeys as one of the foremost Christian couples working in the field of psychotherapy.

Belonging declared that persons who recover repressed or forgotten memories are being enabled by God to remember these things. This Divinely-enabled recall is, they said, step one towards a cure for mental and emotional abnormalities. Nancy Rockey, the primary author, fascinates us with details of memories that traumatized a married woman named Jenny. Her flashback arrived whilst she and her physician husband, Burt, were attending a marriage seminar conducted by both Rockeys. During Jenny’s flashback she sees a three-year-old girl laying full-length upon a marble altar in a church—a church whose surroundings seem familiar. Jenny recognizes the girl on the altar as herself. She is bleeding from wounds inflicted upon her arms and lower legs. Her blood has been dripping (without clotting) into a silver chalice, which is passed amongst 12 men, who each drink from it.

The Rockeys’ book included no cautions from recognized scientists like Dr. Elizabeth Loftus, who refute the repressed memory theory as unscientific.

My daughter Raydene received her “recovered memories” in 1993 when she linked up with a psychotherapist named Shelley Bortnick in Nakusp, British Columbia. Raydene’s recovered memories were later validated by a Seventh-day Adventist chaplain in Portland, Oregon. Richard Lee Fenn wasn’t a psychologist, but Raydene permitted Fenn to manipulate her wounded, vulnerable self, which led her to send him lengthy excerpts from her psychiatric evaluations, which included recovered memories of me subjecting my daughter to sexual dominance, bondage and sadomasochism.

After engaging with Raydene, Fenn reported me as a pedophile to North Dakota Child Protection Services. Fenn’s report also arrived on the desk of the Dakota Conference president, Robert Peck, who at first withheld its content from me. But Peck initiated a probe into our family affairs, carried out in great part by Nancy Rockey in her role as the Dakota Conference Family Life consultant. Peck, over the phone, introduced her to my daughter as Dr. Nancy Rockey, a psychologist, though he didn’t mention her alma mater. Ms. Rockey, as I found later, did not have a legitimate Ph.D in psychology.

Raydene unquestioningly accepted Mrs. Rockey’s calling card as a counseling psychologist, competent in evaluating personality disorders. In their conversations, Mrs. Rockey affirmed Raydene’s so-called recovered memories. At the same time she assured my daughter that her father’s child abuse would be thoroughly investigated by the North Dakota Child Protection Services, in which office she claimed she had considerable influence.

Mrs. Rockey’s pretentious claim was repeated to Raydene’s clinical counselor, Shelley Bortnik. It’s written into Raydene’s clinical notes that Raydene later subpoenaed and shared with me: “Aug 6 / 93. R. called S.S. in Dakotas herself two weeks ago. S.S. in Dakotas has told her they cannot proceed. Dr. Nancy Rockey knows person in S.S. whom she will attempt to have put on pressure for investigation.”

This great pretender snooped into our family’s privacy. With a chilling zeal she pilfered sensitive, personal information, which she set before Peck.

In those days even North Dakota Social Services appeared to be under the misconception that both Rockeys were genuine, state-licensed counseling psychologists with Ph.D.s, as well as certified Marriage and Family Therapists. Nancy also listed herself as a registered nurse, though it wasn’t clear if she had a current license.

The Dakota Conference held forth this couple as family-life professionals who were certified. Even at the time, though, a senior social worker in Burleigh County, North Dakota was exploring the legitimacy of the Rockeys’ education. This same social worker provided Dakota Conference President Robert Peck with a detailed report showing that the two Rockeys were not graduates from a legitimate institution. When I confronted Peck about the Rockeys’ Ph.Ds he shot back that “they were bestowed rather than earned.”

In July 1999 an injunction was brought against the Rockeys from the solicitor general for North Dakota. “The Board [of Psychology Examiners] requests that you cease holding yourselves out as psychologists in North Dakota immediately.”

Still, in 2001 the Rockeys were advertising themselves as Family and Marriage Therapists on a website owned by Faith for Today, an Adventist television ministry then headquartered in Simi Valley, California. The Rockeys traveled around conducting family-life improvement seminars sponsored by Faith for Today (FFT). Twice I phoned office manager Curt Dolinsky and pressed him for details about the Rockeys’ academic qualifications. He didn’t tell me the schools that had bestowed doctoral degrees upon the Rockeys. I also challenged the veracity of the FFT website’s claim that the Rockeys were state-licensed for counseling. My challenge was met with incomplete answers, though later the FFT website dropped the Rockeys’ professional claims. Eventually the Rockeys’ claim to be therapists was investigated by the California Board of Behavioral Sciences; board enforcement analyst Pearl Yu declared in November 2001 that “We notified them [Faith for Today] that the use of this title is prohibited [to describe the Rockeys professional qualifications]. Since they have removed this from their website as requested, we are closing this matter.”

Later the Rockeys operated the Life Renewal Institute headquartered in Plymouth Meeting, Pennsylvania. Again they billed themselves as Drs. Ron and Nancy Rockey specializing in Marriage and Family Therapy, and Ph.D.s in Clinical Pastoral Counseling. Nancy Rockey still said she was a registered nurse.

Eventually I discovered the distance-learning institution that issued the Rockey’s doctoral degrees, the Biblical Life College and Seminary (BLCS) in Seymour, Missouri. When I called BLCS, they readily told me that the Rockeys were graduates of their institution. I contacted an agreeable Protestant pastor in Marshfield, Missouri, who volunteered to check out the campus. His written report described the campus as a small suite in a strip mall with some computers and a few shelves of books. This suite constituted the entire BLCS. At its seminary level it offers seven doctoral degrees, none of which quite fit the Rockeys’ claimed Ph.D.s in counseling psychology. For students signing up at BLCS for its counseling degrees, the school advises in its printed prospectus that its degrees “are not intended nor designed for individuals seeking state licensure as a professional counselor or opening a counseling practice.”

Adventist colleges can rightly claim to issue bona fide academic degrees that rank amongst the finest. At the same time the church shelters ministers and administrators with phony credentials. Their lack of genuine qualifications and licensure are supposedly overruled by a divinely imparted legitimacy bestowed because they are doing the Lord’s work.

In May of 1998 Raydene phoned our home in Wheatland, Wyoming. She told us her intention to publish a formal retraction of her recovered memories. The document arrived in my mail about a month later. The opening reads: “I, Raydene R. Nash, am writing this letter to quiet any slander I have caused against my dad, J. Alan Nash. The people mentioned in this letter are the ones I have dealt with concerning my false memories. I am now saying that the memories of abuse at the hands of my dad are unsubstantiated and incorrect.”

Later my daughter sent me copies of her clinical notes along with numerous collateral documents. Many mention, by name, Adventist church administrators and quacksalver counselors who emboldened her to lodge criminal charges against me as a depraved pedophile. She also sent me the journal that her therapist, and the wannabe therapist Richard Lee Fenn, had advised her to write. On its cover she had scrawled six short words, “be a victim keep a diary.” Some journal entries portray me as a sinister protagonist who forced her and my other four children into bizarre sex acts.

Eventually she forwarded me her entire subpoenaed clinical notes, as well as copies of letters to her from Adventist church administrators, in which they dogmatically pronounced judgment against me. These letters include references derived from Raydene’s confidential clinical notes, showing that they had had access to them by way of the Rockeys.

Response from the Denomination

My daughter’s retraction did not move the church hierarchy to exonerate my name from the slur of pedophilia. Our family saw not the slightest hint of restorative justice, but merely a stoic indifference. A few leaders I knew personally listened poe-faced (hypocritically solemn) when I spoke of my disappointment over their playing false with me and my family. They replied with predictable clichés about having handled the case prayerfully and carefully. One leader after another advised our family to bear up and refrain from even a hint of reproach. They apparently wanted us to be “Adventist Nice”—something that Adventists love to recommend in difficulties like this to hide ugly injustices, and preserve a sense of seamless idealism wherein everything sparkles.

In telling my story I have made charges that some will dispute. I expect to hear dissenting voices. Notwithstanding, the charges I have made are documented. 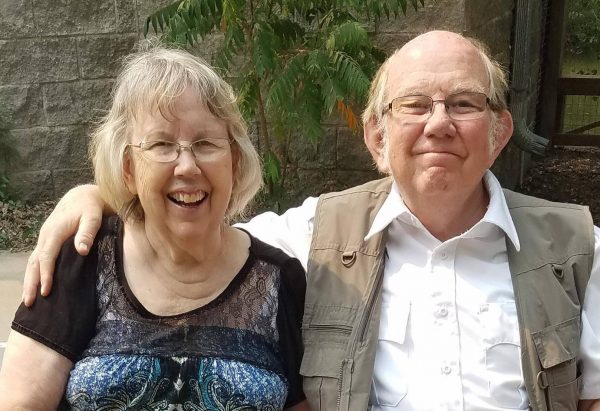 J. Alan Nash is a retired Adventist pastor. He and his wife Lorinda live in Wyoming.