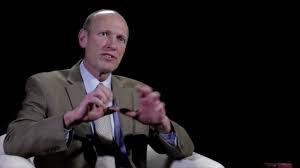 23 August 2019 | Dr. Karl Haffner, senior pastor at the Kettering Seventh-day Adventist Church, sent a letter this afternoon to church members announcing that he has accepted an invitation to become Vice President for Student Experience at Loma Linda University. He is a highly-respected preacher and author who has served the congregation of 1,500 for more than 12 years.

“All in all, our best discernment affirms that God’s hand is in this move and we’re excited to be part of His plan,” Haffner wrote. He noted that his youngest daughter graduated from Spring Valley Academy, the nearby Adventist secondary school, in the spring and he and his wife are now empty-nesters.

His new role will include coordinating the nurture of the students at the denomination’s largest university, including its noted medical school and other professional schools, in Southern California. In addition, he will be “traveling on behalf of the University telling the Loma Linda story.”

Haffner is a much-sought-after speaker who will be one of the presenters for the AT1 event sponsored by Adventist Today the weekend of October 4 through 6 in Portland, Oregon. He is the author of more than a dozen books and hosts a weekly radio broadcast, “Positive Life Radio.”

Kettering Church shares a campus with two Adventist institutions in the suburbs of Dayton, Ohio — Kettering Medical Center and Kettering College. The hospital is one of eight that the denomination operates in the metropolitan area where there are a dozen other Adventist congregations and a total of Adventist population of about 5,000.