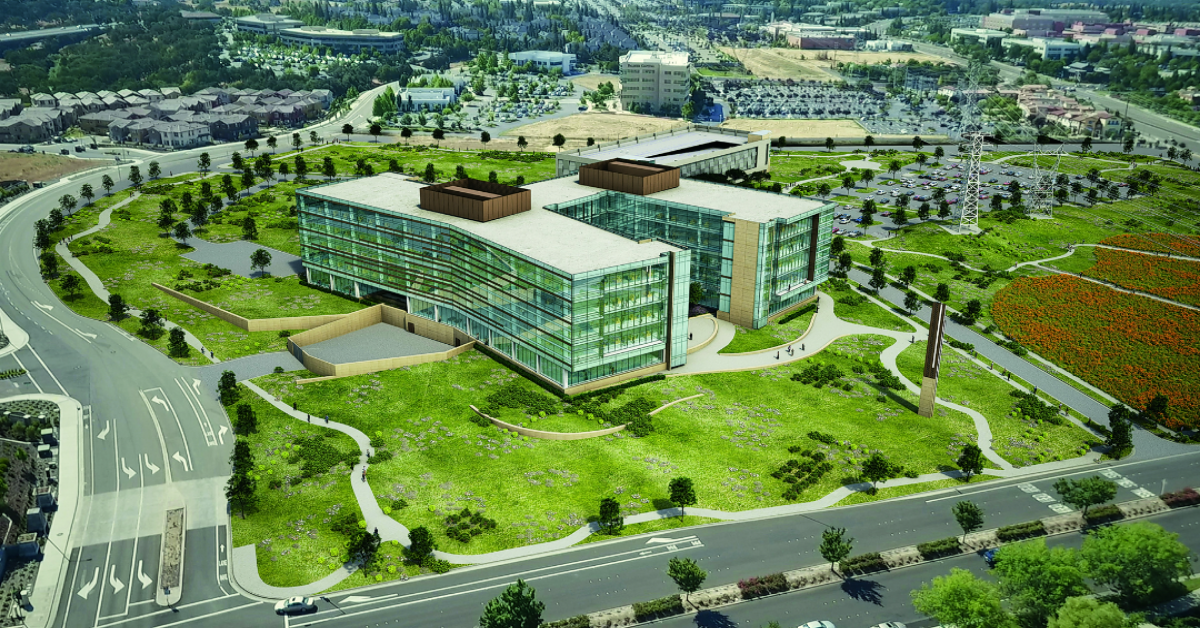 May 8, 2017:    Adventist Health held what they called a “brief ground blessing ceremony” on April 30 to mark the start of work on the organization’s new $100 million headquarters.

The Roseville and Granite Bay Press Tribune reported that soil from the six buildings that currently comprise the headquarters, along with soil from its 20 hospitals was used in the ceremony.

The soil from the different facilities was mixed and used to plant a Mission Fig tree that will be placed on the grounds of the new headquarters.

The new headquarters is expected to bring about 350 additional jobs in addition to the 900 currently employed at the corporate offices.

According to its website, Adventist Health has a workforce of 32,900 including more than 23,600 employees; nearly 5,000 medical staff physicians; and 4,350 volunteers.

In addition to its 20 hospitals, the system owns over 280 clinics.