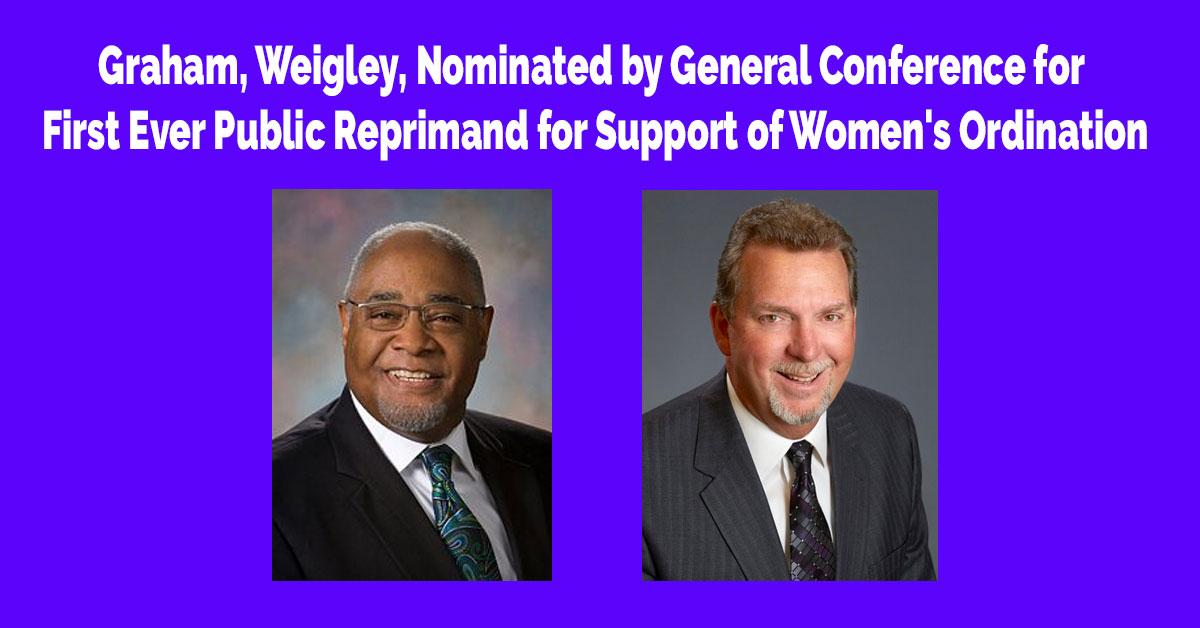 A paper passed out at the end of today’s meeting of the General Conference Annual Council cites them as set apart for this special recognition:

RECOMMENDED, That the presidents of the above-named entities as the individuals representing the compliant entity be given a “Public Reprimand” as provided for in the 2018 Annual Council voted document.

Both Graham and Weigley presided over their union conferences when these entities voted to ordain women in their territories.

The General Conference Executive Committee will vote tomorrow whether to honor these leaders by awarding these reprimands.

“I thank these leaders for their support of women’s ordination,” said Adventist Today Executive Editor Loren Seibold, “and I am proud of this recognition by the General Conference of Seventh-day Adventists.”

You can read the entire document here.