Gracism: The Art of Inclusion 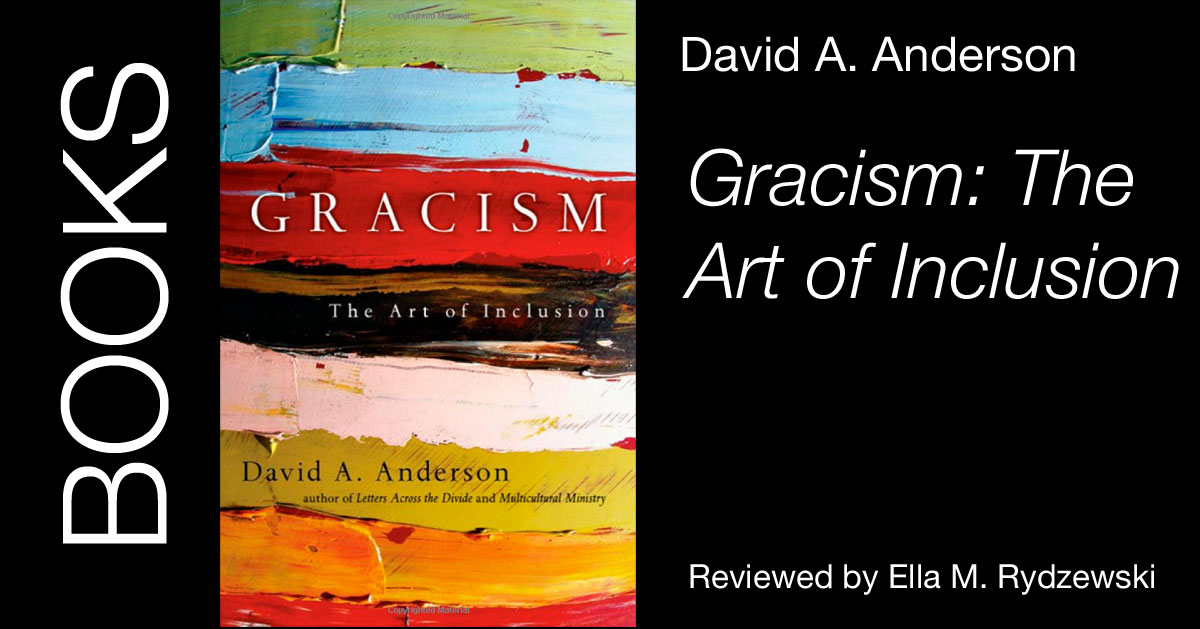 I visited David Anderson’s multicultural ministry at Bridgeway Community Church in my hometown of Columbia, Maryland, a few  years ago. Last fall I heard him speak again on inclusion at a local conference center, and I bought his book Gracism.

Anderson begins with an experience he had after accepting a job with Willow Creek Community Church in suburban Chicago. He came from three years of Bible education in Chicago and two years of urban ministry. Willow Creek is in a white suburban area and Anderson is a tall African-American. Anderson’s background was middle-class in a diverse Washington, D.C. neighborhood.  In Chicago people groups live in separate enclaves. He expresses surprise that on the first day he is stopped by police, checked out, and dismissed as “looking like someone we are looking for.”  It happened four times the same day.  He felt deflated.

Yet David Anderson already believed God had called him to multicultural ministry and reconciliation—to move from racism to gracism. He defines racism as speaking, acting or thinking negatively about someone else based on color, class, or culture. He expands this later to all persons who find themselves as minorities among people different from themselves. This may include handicaps, age, gender and any other ism. He defines “gracism” as the positive extension of favor to others.

Anderson tells of a study where ten people were to be interviewed. A red dot was painted on one cheek of each one. After the interviews each interviewee said the interviewer was staring at the dot.  However, of the ten receiving a dot, unknown to them, half were given a clear dot. “From this experiment, we learn that people feel self-conscious about whatever makes them insecure. That insecurity might relate to weight, gender, race or any other distinctive that is viewed as a negative in society. Do you ever feel like people are focusing on your red dot?” Anderson asks. We all have them. He points out the frustration and puzzlement of whites accused of racism where it doesn’t exist.

The writings of Paul have a significant influence on the book. When Paul uses the metaphor of the human body having different but important parts (1 Cor. 12), we understand the value of each member and their culture, color, age, gender, or any other quality.

In talking to religious groups, the pastor stresses all churches must train their members to be ambassadors of reconciliation. He learned from his father how to handle anger appropriately and not hysterically. “My parents prepared me, not poisoned me, regarding race and grace.”

At Bridgeway Community Church, Anderson and his wife, who is Korean, run a ministry for disabled children called Safe Haven. These children require special care and attention while their parents worship with the adults. This is an example of the church caring for its weaker members—to not ignore the weak but honor them.

I recommend this volume for personal use as well as for small discussion groups.  I am fortunate to attend a diverse Adventist church in Columbia, but look forward to a time when, as the author says, there will be no black churches or white churches in heaven.

At no time did Anderson ever take political sides in his speech, and said he would not. I end with a quote relevant in today’s division—even in the church. “When we cling to division, we align ourselves with the kingdom of darkness, led by Satan, the ultimate divider. Unity, on the other hand, aligns us with the God of unity and with Christ, the head of the church.”

What would gracism look like in the Adventist church?  I like to think this does not involve us as much as it does some other denominations because we are known for our international diversity. But there are many kinds of marginalizing based on everything from vocations, degrees, positions in the church hierarchy to gender, age, politics, and where we come from (urban or rural).  I like the following thought expressed by Anderson:  What would happen if those on the sidelines of popularity and preferences were actually valued, included and inspired to join the ranks of the celebrated? What would happen to their spirits of discouragements and disillusionment?  Separations would shatter. People would not have to fight for themselves if we would stand up for one another.

It would be good if churches came together for programs, picnics, communion, VBS, and evangelism. ( I think it would also save money.) We would get to know each other as individuals and all parts of one body.

Click here to see Gracism: The Art of Inclusion, by David A. Anderson on Amazon.