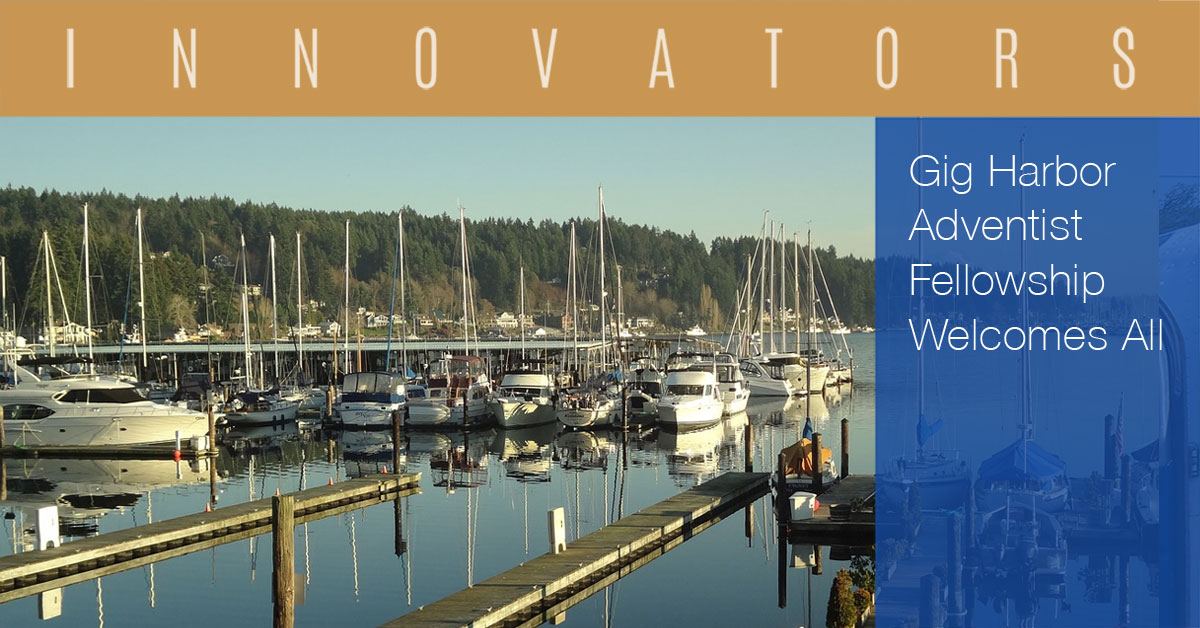 By Debbonnaire Kovacs, June 1, 2017     It all began with about 45 people who wanted something different.  They might not have been completely sure what it was, exactly, that they wanted, but it had to be a different sort of church. And they, not a hired seminary-trained pastor, planned to be the ones to work out and create that church.

On a memorable Sabbath eight years ago, all 45 were welcomed into membership at the North Hill Adventist Fellowship in Edgewood, WA, which is a little east of Tacoma. North Hill and the local conference then sponsored and supported them to begin a group somewhere else.

According to Clarence Schilt, they “still wanted to be Adventist, but be something new.” They told conference and NH leaders “from the get-go, we want to run ourselves. We will take responsibility and be very much a lay-led and lay initiative church.”

They met in various members’ homes that first summer, but early in fall, they found a Nazarene church in Gig Harbor, across an arm of the sound on Washington’s peninsula. “It has worked very well for us and for them,” Schilt said, adding that this fall will be eight years that the two churches have shared one building.

The “something new” became Gig Harbor Adventist Fellowship, or GHAF. It is entirely lay-led, with a Leadership Council that was formed entirely from their mission statement: “Living God’s Grace by Knowing Him, Building Community, and Sharing God’s Love.”

Therefore, rather than a traditional nominating committee and traditional church positions, they have three team leaders for what they term their “mission statement groups.” Knowing Him team lead is Scott Aliment; Building Community team lead is Heidi Barrett; and Sharing His Love team lead is Kim Comfort. These team leaders plus an Administrative team leader, the treasurer, and four at-large members make up the Leadership Council.

One of those at-large members, John Barrett, is the chair of the Council. He used much the same language Schilt, telling me that the most special thing about his church is that he likes the high level of lay involvement and leadership. He added that he doesn’t even like the word “lay.” It implies a division between pastors and people. Barrett feels that congregations of people who organize and lead themselves are closer to the biblical model than churches with paid staff and preplanned programming.

“We’re trying to support and promote the priesthood of all believers instead of saying, ‘We hired him, let him do it’,” Barrett said. 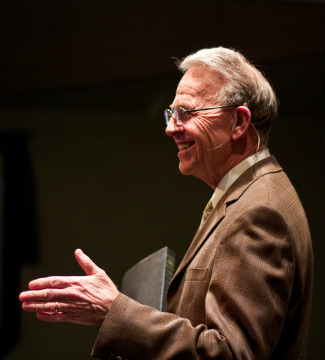 The person in charge of preaching right now is actually an ordained pastor, though he is retired and doesn’t want to be called “pastor.” Clarence Schilt told me he was raised Adventist, but had his own “very specific conversion” in college because of the witness of a fellow student. He said Pastor Bill Loveless was also “a huge influence” on him, and was part of the reason Schilt decided to go into ministry. He worked in several states, ending with a call to a church which was in some trouble. “I had,” he said somewhat diffidently, “a bit of a rep for smoothing waters where a church was in conflict.”

Schilt and his wife Dianna are also well-known for a seminar called “How to Die Right and Live to Tell about It,” which they used to travel all over with until Mrs. Schilt was no longer able to travel due to fibromyalgia.

When he retired, the Schilts moved to the Gig Harbor region because their daughters and sons-in-law were there. “Our kids were part of the group that started it, and that’s how we got involved. My son-in-law is a guitarist, and his big burden is music in the church, so we said we’d go where our kids and grandkids go.”

He told the group he was willing to be responsible for filling the pulpit, but he would not be the pastor. He preaches most of the time, but there are several church members who preach as well. They all, including Schilt, do this on an entirely volunteer basis.

Barrett told me he thought there were a dozen, himself included, who had preached at least once, and others who preached occasionally. Officially, they are under the auspices of North Hill, and they have lately begun to ask for quarter time from the new pastor, Jesse Churchill. The group is moving intentionally slowly with this—Churchill has been attending board meetings for about three months—because, both men told me, they are very concerned about becoming “pastor-dependent.”

Schilt said he feels “the thing we do best is our worship service. It’s very simple: From 11-11:30 we are led in singing by a worship team [several, which rotate through the month], then there’s a brief break for a few announcements and a prayer, then the sermon. That’s all.”

The results have been positive. Barrett told me they will probably apply for official denominational status as a church in the next several months. Membership is now at about 80, with around 55 attending on any given Sabbath. The most interesting thing is that a fair number of those are not Adventists. Some are from other denominations where they were raised to love the Sabbath, and they like the way GHAF worships. They don’t feel the pressure to agree on every single doctrine.

One family taught themselves about the Sabbath from their own Bible, tried a few churches which met on Saturday or on Sunday, and found their way to Gig Harbor. They wanted to be baptized, but only into Christ, not into the Adventist denomination, as there were several doctrines they could not honestly agree with. Schilt baptized them. All of these people are a valued and active part of the church family.

Schilt said “we all take turns leading adult Sabbath School. Anybody can voice anything they want in there, and do, and it doesn’t scare anybody. Because of the mix of Adventists and and non-Adventists, we have everything from extremely conservative to extremely liberal, and everything in between. From the get-go people have been welcome to express what they believe without being landed on. We have no anxiety about that.”

Barrett said, “In addition to all the things we do with our mission statement and teams, we are trying to build up and live out a whole lifestyle, not just programs. We don’t want to just fill the calendar with programs. We’re trying to be salt and light 24/7 not just because the church has a program. We’re trying to grow toward a more wholistic approach—staying connected to God, to our neighbors, and to each other.”