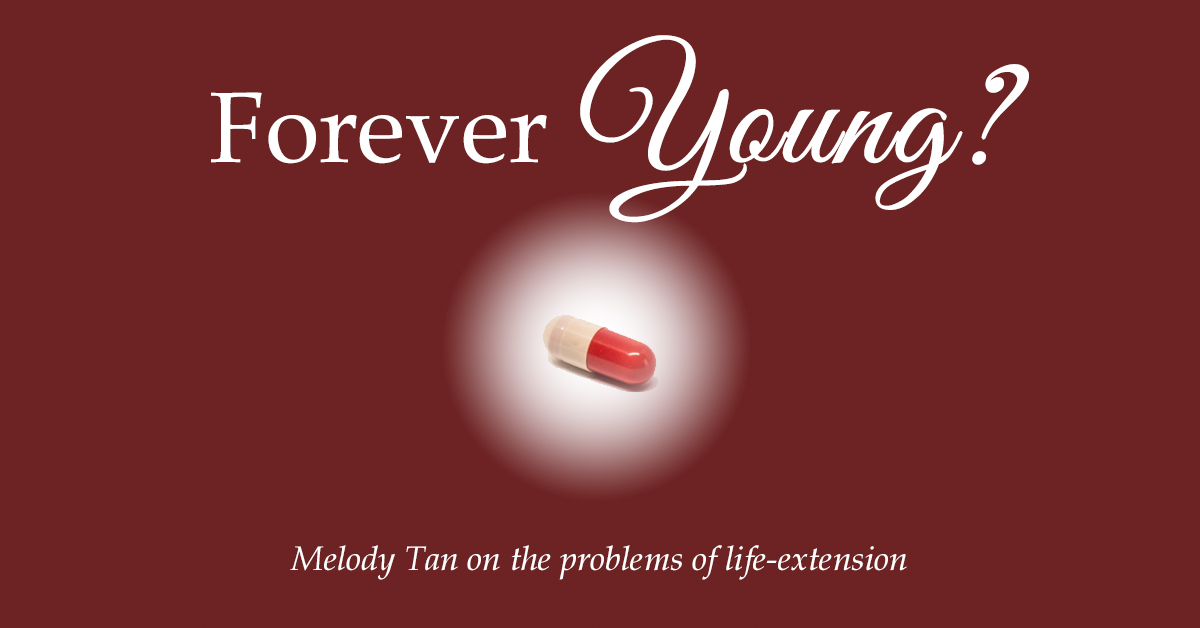 An article on innovative business news website, Fast Company, is reporting that we are extremely close to finding the fountain of youth. More accurately, startup company Unity Biotechnology is working on developing a drug that will enable us not so much to live forever, but to feel healthy and agile right until we die.

Unity’s goal is backed by scientific journal, Nature, where a study on mice has shown senescent cells are the reason behind the wrinkles on our faces and those creaking knees when we get out of bed in the morning. Senescent cells release toxins into surrounding ones, preventing our bodies from renewing themselves—kickstarting the process of aging. However, as the study revealed, genetically engineered mice with senescent cells removed remained supple and limber right to the end of their natural lives.

The theory is, if a drug existed that could remove senescent cells in humans, it may mean the end of old-age ailments such as osteoarthritis, cataracts and injuries from falls. We still won’t live forever, but at least we won’t have to suffer towards the end, which is probably the next best thing.

Humans have been obsessed with the idea of immortality probably since Adam and Eve were cursed to die, returning to the dust and the ground they were taken from. The ancients (dating as far back as Greek historian Herodotus in the fifth century BC) talk about special pools of water that will cure diseases and extend life, and regardless of its authenticity, the legend of Spanish explorer Ponce de León and his search for the Fountain of Youth continues to tantalize us. From stories of Peter Pan to more recently, forays into cryogenics, humans are almost universal in their aversion to pain, suffering and death. No wonder: these aren’t terribly inviting prospects.

While I may profess that the prospect of looking old has never fazed me, and I scoff at the efficacy of anti-aging products, I have been a slave to coloring my grey hair since it first started making an appearance when I was 14 (thanks, genetics). So if I were honest, I’m as averse to looking old as most other people. And as I push ever closer towards yet another major age milestone, as I discover I need better light and further distance to read things with tiny fonts, as I begin to feel the aches in my joints from doing nothing much at all, the idea of a drug that will kill all my senescent cells is beginning to have an appeal. After all, I would love to be able to still carve on a snowboard while reading the ingredients list of a shampoo bottle when I’m 80.

And despite the promise of eternal life, I still can’t make up my mind about how I feel about death. I have felt the sharp, stinging pain of losing people I love dearly. The tears that refuse to stop flowing, the dull emptiness and the ripping agony you simultaneously feel in your soul, the overwhelming grief that gradually peters away to a dormant state, only to erupt because of unexpected triggers.

Then there are those I know who are on the slow downhill slide towards the inevitable. The growing frailness, the fading away to mere shadows of their past glory, the loss of spark and recognition in their eyes, the inability to perform what they usually do. It all culminates in the unwanted thought of receiving a dreaded phone call in the middle of the night.

The death of loved ones is not an easy thing, even when you know Jesus promised when you see them again, you’ll be spending forever together in a place where your tears will be wiped away, where there’ll be no more death or mourning or crying or pain. I have something to look forward to, and still, I fight—and I fear. And ever since becoming a mother, even the slightest inkling of losing my son is incomprehensible.

Yet, for all my misgivings of death, I don’t have the same feelings about it if the tables were turned. My husband and I have an understanding: in case of a post-apocalyptic event, be it a meteorite strike or a zombie outbreak, I am going in the first wave. There will be no Bear Grylls-survivor stunts for me. I have no desire to drink dirty pond water and eat crickets while huddling under a tattered blanket in a car that isn’t going anywhere because gasoline is at a premium.

Let me be clear. I don’t have a death wish, but I have no interest in being involved in human cryogenics because in terms of Seventh-day Adventist understanding, the next thing I know after I die is being in heaven, surrounded by those I love—and that sounds extremely attractive to me. Immortality in this current world, filled with natural disasters, terror attacks and intolerance, has no appeal for me.

But where does that leave those who love me? Those I leave behind? Will I subject them to the pangs of sadness I myself feel when it comes to those who have left me behind? And what will happen to my young son who would have to grow up with a mother?

There is no easy answer when it comes to the subject of death. It’s an unnatural consequence that came as a result of that first act of disobedience. It’s not what we were created for. And so, perhaps the best thing we can do is “trust in the Lord with all your heart and lean not on your own understanding; in all your ways submit to him, and he will make your paths straight” (Proverbs 3:5, 6).

If my time ends unexpectedly, I would simply have to trust God has a plan and will be the mother to my child and wife to my husband that I can no longer be.